​What do past trends tell us about the future of the packaging industry? 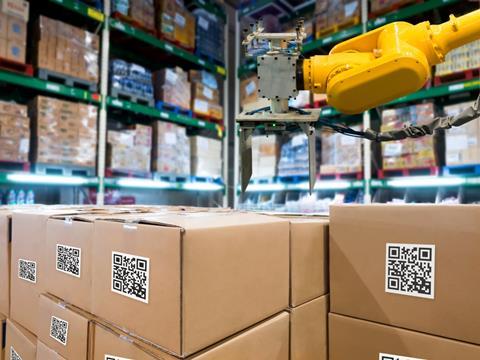 According to McKinsey, there have been three eras in the development of the packaging industry in the last 20 years, including the one it falls into today – and all of which are important to understanding its future. The research group defines each era according to significant changes in consumer expectations, which in turn result in new packaging innovations and, eventually, structural shifts in corporations and value chains.

Based on these past trends, McKinsey says that sustainability and digitalisation are likely to be the most significant megatrends driving the packaging industry in the future. The research group offers predictions for how the current era of packaging megatrends will unfold and how industry leaders can adapt going forward.

The first era, which McKinsey dubs ‘Substrate shift changes’, falls between 2000 and 2009. During this period, McKinsey says that consumer demographics changed, impacting packaging needs, substrates, and formats, and resulting in trends like snacking and convenience packs.

McKinsey adds that there was, in this era, a focus on lower costs and smaller packages, corresponding with lighter weight and/or fewer materials. A shift from rigid packaging types like glass and metal to flexibles and rigid plastics such as PET was identified by McKinsey across multiple packaging applications as a response to the demand for consumer convenience and in an attempt to drive down costs.

Meanwhile, companies were restructuring in this era – for example, divesting upstream, with paper companies selling off business segments like forest ownership – according to McKinsey. Companies also had to contend with the financial crisis towards the end of this era, which negatively impacted packaging consumption, although some segments were more resilient; McKinsey reports that essential goods like food and beverage packaging were less susceptible to economic downturn, while industrial and luxury goods packaging required companies to reconsider material costs and account for changes in demand.

In addition, the first era saw new consumer bases grow, particularly in Asia, which drove new demand and retail formats, McKinsey claims. On a corporate scale, this apparently led to the creation of global corporations in newer growth markets like China, India, and Latin America, both organically and through acquisitions or joint ventures with mature companies in Europe and North America.

An era McKinsey calls ‘Changing face of the consumer’ followed, spanning from 2010 to 2020. McKinsey says this era was characterised by the emergence of billions of new consumers, with China becoming the largest market for packaging, surpassing North America. Although the financial crisis arguably defined the beginning of this era, McKinsey notes that most global packaging players were in a robust position and experienced steady growth due to new packaging formats and markets.

This era apparently involved significant consolidation, globalisation, and specialisation across corporate and value chain structures. While the economic epicentre of the packaging industry shifted in this era with the dominance of new markets like China, McKinsey suggests that European, Japanese, and North American companies nonetheless remained significant players on a global scale.

Another trend during this era, McKinsey claims, was the shift to convenience and high-functionality packaging in new formats and applications, such as retort pouches for baby foods. Meanwhile, the growth of stock keeping units (SKUs) expanded packaging development overall, according to the research group.

Sustainability emerges as a key issue during this period, with McKinsey identifying bold sustainability commitments being made across the value chain, particularly pledges to increase the use of recycled materials. This era also saw the introduction of major policies aimed at addressing challenges like single-use plastics, including the European Union’s Single-Use Packaging Directive (SUPD). However, while sustainable innovation was underway, McKinsey argues that there was limited commercialisation of these technologies, which it partially attributes to a lack of cost-effective alternatives to plastic.

2020 onwards: The emergence of sustainability

Notably, the end of McKinsey’s second era corresponded with the outbreak of the COVID-19 pandemic, which has resulted in massive and perhaps permanent changes within the packaging industry. With consumers turning to online shopping during lockdowns and awareness around packaging leaking into the environment increasing, a third era emerged: ‘Sustainability and digital transformation’, beginning in 2020 and still ongoing.

Since the start of McKinsey’s third era, e-commerce shopping appears to have persisted as a global trend, particularly in segments like groceries. In terms of packaging formats, this era has already seen a drive to adapt to e-commerce with solutions like ship ready packs, according to McKinsey. Taking note of these trends, corporations have apparently focused on digital acceleration, and value chain disintermediation.

In its current era, McKinsey says the packaging industry now has a strong focus on commercialising sustainable packaging solutions. This has included the scaling of new models and technologies, with reuse and refill particularly beginning to take off. A number of major retailers, including Tesco with Loop and a coalition between Waitrose, M&S, Morrisons, and Ocado, have begun introducing these solutions directly to consumers. Global brands like PepsiCo and The Coca-Cola Company have both pledged to invest in the development of reuse and refill schemes, in part due to shareholder pressure.

The future of packaging – opportunities or obstacles?

For McKinsey, sustainability and digital transformation are the two megatrends representing the most disruptive challenges for the packaging industry going forward, as well as the areas that could reap the most rewards.

In terms of sustainability, consumers are demanding more from corporations, with backlash against greenwashing placing the packaging industry under increasing scrutiny. Demand for sustainable packaging has grown substantially and consumers seem to be willing to pay more for this, as well as being more aware of what ‘counts’ as sustainable – although there are some arguments from within the industry that consumer demand has resulted in too much focus being placed on particular issues and a lack of nuance, for example, when discussing the role of plastic packaging in reducing food waste. This argument was reignited when France announced that it would be introducing a ban on plastic packaging for fruits and vegetables (with some exemptions) from January 2022.

Alongside this, regional and global approaches to issues like the climate crisis and plastic pollution are putting pressure on the packaging industry to account for its role in both perpetuating and addressing these. In what many have called a landmark move, the United Nations Environment Assembly (UNEA) this month agreed to develop a legally binding treaty on plastic pollution, which will likely have a major impact on the packaging industry. According to McKinsey, it is likely that capital allocation will increasingly be based on sustainability and extended producer responsibility (EPR) going forward, with a focus on circularity, reducing leakage into the environment, and accounting for carbon footprints.

McKinsey recommends that companies view sustainability holistically, in terms of both products and across supply chains and operations. It adds that there is no “easy win”, and that waiting out the sustainability transformation before committing to technologies and changes is a risk that will render some companies obsolete.

In terms of the digital transformation, challenges like the COVID-19 pandemic have changed consumer behaviour and packaging demand has shifted to e-commerce streams. McKinsey expects that design priorities could shift specifically to at-home unboxing, rather than on the retail shelves, as the e-commerce boom continues, which it adds could eliminate the demand for secondary packaging.

For McKinsey, the CEOs of the packaging industry have a number of emerging challenges to contend with – but the research group’s recommended course of action involves drawing on the basics.

McKinsey recommends that CEOs “invest where it matters to consumers and regulators” when it comes to sustainability, while “embrac[ing] digitization (including the use of automation) in the front, back, and middle of processes”. While the post-COVID-19 economic landscape is likely to come with some difficulties, McKinsey adds that getting pricing right, strategically managing supply chains, and attracting and retaining talent will all be key – and tried and tested – methods for dealing with new challenges.

McKinsey concludes that “change often emerges gradually and then accelerates suddenly. CEOs of packaging companies must treat the higher volatility of their markets as a new normal in this era of transformational change.

“Corporations that fail to address the real issues will face significant uphill struggles and risk going out of business or being acquired. Resilient and successful companies will embark upon the next level of value creation.”