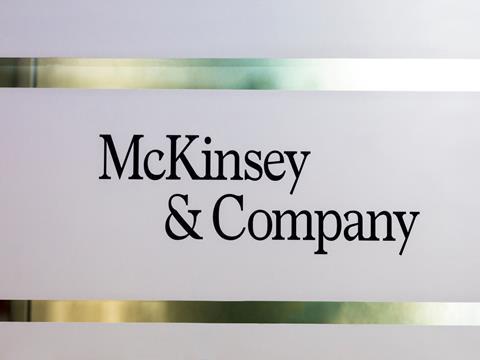 McKinsey & Company has released a report laying the groundwork for the global reduction of plastic waste, from emerging economies’ investment in waste management systems to value chain participants implementing new business models to improve circularity through the collection, sortation, and recycling capacity of plastic packaging.

The company predicts that supply chains will continue to favour plastics in the production of packaging in spite of efforts to cut down on waste. It suggests that fifteen countries contribute 270 million metric tons of waste each year – 80% of the worldwide total – and that 85% of the plastic waste mismanaged globally comes from Asia. But it also warns that a complete lack of waste management systems in certain locations is the real cause of such vast amounts of plastic waste.

As such, it identifies waste reduction and the need for circularity as the two primary challenges currently faced by producers of plastic packaging. Apparently, one comprehensive, integrated system would be more effective in practice than various region-specific approaches to improving the management of waste, especially where low- and middle-income countries (LMICs) are concerned.

The cost of implementing new disposal systems – which calls for the building of new roads, waste-to-energy facilities, and landfills, amongst other investments – would supposedly come at a price of between $560 billion and $680 billion over ten years. However, McKinsey believes it would assist economic development by smoothening the process of transportation and commerce. It is also said that reducing pollution would improve public health and regulate around 850 million tons of projected waste every year.

The company is calling upon governments to prioritise waste management through both public and private funding. It acknowledges their progress in enforcing regulations across the world, including extended producer responsibility (EPR) regulations, restrictions on single-use plastics, and recycled content requirements. Yet legal ambiguity surrounding land use, foreign investment, the diversion of funds, and cooperation within the layers of government are all noted as potential pitfalls in the matter.

Stakeholders are advised to consider economic prosperity when addressing issues surrounding plastic waste. McKinsey believes that technological solutions are better suited to wealthier areas, whereas the less wealthy may benefit more from labour-intensive options. The latter may also rely on a supportive regulatory framework to attract private capital, according to the report.

Furthermore, collaboration across the value chain is identified as an area in need of improvement. Setting up collaboration frameworks and incentive mechanisms are said to be the key to accessing plastic waste feedstock of consistent quality with maximum cost-efficiency.

Across the world, public- and private-sector alliances are forming to push for positive change; McKinsey counts over 80 global companies whose sustainability goals include achieving 15 to 50 percent recycled content by 2025, some going so far as to pay premiums for recycled content.

End-of-life recycling is also discussed, with mechanical recycling being an efficient method that preserves the polymer chain of recycled plastics, yet calls for higher-quality, well-sorted waste feedstock. Chemical recycling is proposed as an alternative, resulting in virgin quality, high-performance plastics.

Another report by McKinsey suggested that greenhouse gas emissions were being left out of conversations surrounding the production of plastic packaging and argued that other forms of packaging resulted in higher carbon levels.

The company also weighed in on chemical pollution, calling upon packaging companies to enforce stricter regulations on the chemicals they use.