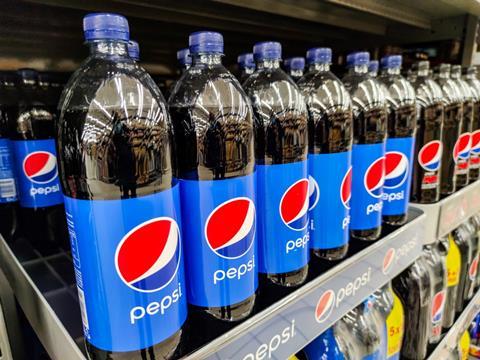 Responding to a shareholder proposal filed by As You Sow, PepsiCo has agreed to set a time-bound goal by the end of 2022 for a percentage volume of its beverages to be delivered via strategies such as reusable and refillable bottles in a bid to reduce dependency on single-use plastics.

In November 2021, As You Sow, a non-profit organisation that utilises shareholder advocacy to improve the social and environmental practices of publicly traded companies, released a proposal stating that PepsiCo had been cited as a top global plastic packaging polluter for four consecutive years despite taking acting to reduce virgin plastic use and increase recycling. The proposal suggested that PepsiCo should immediately evaluate its dependency on single-use plastics, with a particular focus on setting stronger refillable goals for its beverage portfolio.

PepsiCo has since informed As You Sow that it will develop a time-bound goal based on assessments of system capabilities, market opportunities, consumer preferences, and other factors. Some strategies PepsiCo says it will consider include reusable and refillable bottles and containers, beverages that utilise concentrates such as fountain drinks, prepare at home beverages like its SodaSteam subsidiary, and beverages sold in powder or drop form.

PepsiCo adds that it will study what actions it can feasibly commit to in the coming months and announce its plans by the end of 2022. In recognition of this “significant step” by the company, As You Sow has agreed to withdraw its shareholder proposal.

Conrad MacKerron, senior vice president at As You Sow, comments: “We appreciate the actions PepsiCo has already taken to reduce its use of virgin plastic and are pleased it is willing to review its operations and search for additional opportunities to reduce reliance on single-use plastic packaging.

“We hope the company will take a close look at its ability to increase the use of refillable plastic and glass bottles in key markets.”

Packaging Europe spoke to MacKerron earlier this month about As You Sow’s goals as an organisation. According to MacKerron, the organisation believes that, to respond to the global plastic pollution crisis, all companies using plastic packaging should transition to recyclable, reusable, or compostable options to the fullest extent possible, develop alternatives to SUP, acknowledge responsibility for and fund collection and recycling, and support public policy measures.

PepsiCo recently pledged – along with Mars, Mondelez International, Nestlé, and Unilever – to “increase investment and support a series of public policy interventions to accelerate the transition toward a circular economy or flexible packaging across Europe,” Gloria Gabellini, director of packaging policy at the company, told Packaging Europe. Gabellini notes that this initiative could involve piloting alternative formats such as refill and reuse, as well as supporting structural changes to waste management and examining the potential of technologies like HolyGrail 2.0 and advanced recycling.

PepsiCo was also one of more than 70 organisations that endorsed a statement calling on the UN Environmental Assembly (UNEA) to develop a comprehensive and legally-binding treaty on plastic pollution. In March 2022, the UNEA resolved to create the treaty, which is expected to be finished by the end of 2024.

As for plastic bottles, PepsiCo has already committed to eliminating virgin plastic from its Pepsi brand beverage bottles in nine European Union markets by 2022. Meanwhile, the company’s SodaStream subsidiary has worked with TOMRA on a pilot solution for the in-store return of used CO2 cylinders via reverse vending machines (RVMs), allowing consumers to exchange used containers for a new sparkling beverage. The RVMs have been installed in retail stores in both the EU and US. PepsiCo has since announced plans to scale SodaStream globally.

In addition, As You Sow says The Coca-Cola Company agreed in February to sell at least 25% of all beverages across its global portfolio in refillable or returnable glass or plastic bottles and containers by 2023, also in response to a similar shareholder proposal from the non-profit organisation. The organisation claims that refillables “substantially cut plastic waste” and have achieved collection rates of up to or above 90% in some markets.