Are plastics out-performing alternatives when it comes to greenhouse gas emissions? 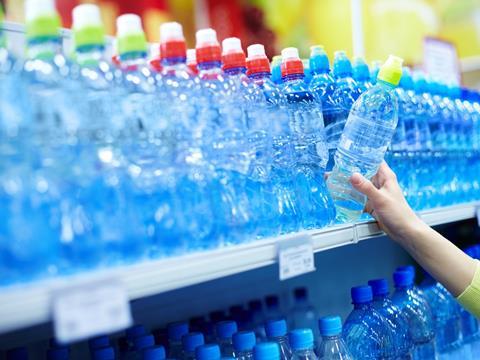 In a recent report, McKinsey examines the performance of plastic against its most commonly used alternatives for industries including packaging and consumer goods, in a bid to understand where its environmental advantages emerge. The company found that plastics offer lower greenhouse gas (GHG) emissions than alternatives in 13 out of 14 cases, including for grocery bags, beverage containers, pet food packaging, and fresh meat packaging. However, a shift towards a lower-carbon economy in the lead-up to 2050 could narrow the gap in emissions between plastics and alternatives like aluminium, highlighting the importance of contextual factors in determining the performance of different materials.

Understanding the impacts of plastics

According to McKinsey, discussions of the environmental impact of plastics largely focus on toxicity, resource use, and pollution and leakage, particularly into oceans. Recent studies, for example, have helped to quantify annual flows of plastic into oceans or highlighted the need for further research into chemicals of concern in plastic packaging that comes into direct contact with food.

However, McKinsey says that more needs to be done to generate balanced, science-based conversations about the potential of plastics to enhance use efficiencies and reduce greenhouse gas (GHG) emissions. While often overlooked, the report suggests that these factors place the environmental performance of plastics above many alternative materials across applications including packaging, consumer goods, construction, and automation.

McKinsey has used a “life cycle approach” to assess the GHG emissions of plastics compared to alternative materials. While not a full ISO-compliant life cycle assessment, with ocean pollution also excluded from the analysis, McKinsey says the report aims to offer a broad but representative assessment of the climate impact of plastics across major plastic use categories, and to provide an understanding of how different energy mixes and recycling rates influence outcomes.

The applications chosen by McKinsey reportedly account for close to 90% of the total volume of plastic consumption globally. The study focuses specifically on the US in 2020, but with the view to account for decarbonisation efforts leading up to 2050.

Where are plastics out-performing alternatives?

One of the specific packaging applications considered by McKinsey is HDPE plastic versus paper grocery bags. According to the company, plastic grocery bags offer 80% lower GHG emissions compared to paper bags, which it attributes to paper bags being around six times heavier. This apparently means that paper bags have three times the production emissions due to higher raw material usage and transport emissions. Additionally, the company clams that 50% of paper bags are ‘double bagged’ to compensate for breakage and leakage compared to 20% for plastic bags, adding to GHG emissions across the value chain for paper bags.

As for end-of-life scenarios, landfill is the most common scenario in McKinsey’s study. In this case, HDPE bags reportedly perform better as landfilled paper bags produce extensive methane emissions, considered to be one of the drivers of climate change, from anaerobic decomposition. While paper bags have a considerably higher recycling rate (21%) than plastic bags (8%), the company says that the benefits of properly regulated landfilling are higher than the positive impact of recycling.

The next packaging type analysed by McKinsey is wet pet food packaging, with the company analysing flexible multi-layer pouches – often constituting PP, PET, and aluminium foil – against metal cans made of either aluminium or steel. Flexible multi-layer pouches are currently considered difficult-to-recycle due to the mixture of materials used, although there is a growing impetus to produce flexible mono-material alternatives that will be easier to recycle where infrastructure can accommodate them. Meanwhile, aluminium and steel cans have recycling rates of 50% and 70% respectively in the US, according to McKinsey, and are considered to hold their value through multiple recycling cycles.

However, McKinsey reports that plastic pouches offer 70% lower GHG emission compared to metal cans; like for grocery bags, this is largely due to the weight differences between packaging types. Aluminium cans reportedly weight 1.5 times as much as plastic pouches, while steel cans can be five times heavier, which McKinsey says attributes to greater production emissions that apparently undermine the benefits of higher recycling rates.

For meat packaging, McKinsey contributes to the debate on the relationship between plastic packaging and food waste with an analysis of expanded polystyrene with a PVC film compared to butcher paper. Unlike previous comparisons within the report, McKinsey’s analysis shows that plastic meat packaging has higher production emissions compared to its non-plastic alternative (paper). Nonetheless, the company says that plastic meat packaging offers 35% lower GHG emissions overall as it is associated with less spoilage of meat products like pork.

Another consideration for meat packaging is end-of-life, with McKinsey noting that most packaging used for fresh meat ends up in landfill in the US due to concerns over contamination. In this scenario, meat packaging reportedly demonstrates a similar outcome to grocery bags: plastics holds the advantage in landfill as paper is associated with methane emissions, according to McKinsey.

This supports some other findings on the relationship between plastic packaging and food waste. For example, Empa says that the environmental impact of throwing away cucumbers outweighs any detrimental effects of using plastic wraps based on a life cycle analysis. On this note, WRAP argues that plastic packaging can sometimes force consumers to buy more than they need, which adds to food waste, so the costs and benefits of plastic packaging for food appear partially dependent on the product being packaged.

Reflecting on wider challenges with a beverage bottle study

McKinsey’s report also provides further data on the comparative performance of beverage containers, which highlights some of the difficulties of comparing material types. McKinsey based its analysis on a 20-ounce PET bottle, 12-ouch aluminium can, and a 12-ounch glass bottle, with aluminium being the most popular container type for carbonated soft drinks in the US with a 60% market share.

As McKinsey acknowledges, comparing a larger PET bottle to a smaller aluminium can favours the former in terms of material-to-volume ratio. However, the company says that the sizes chosen for its analysis reflect consumer purchasing behaviours.

McKinsey’s analysis of beverage containers focuses largely on the impact of weight on GHG emissions, like with the other material comparisons accounted for in the report. The lightweight properties of PET mean that it appears to perform higher in terms of the energy required to produce bottles, while aluminium cans reportedly have two times higher emission and glass bottles, three times higher.

However, McKinsey adds that PET bottles scored the poorest in terms of end-of-life outcomes with the lowest recycling rate and the highest emissions associated with waste to energy, as it is the only one of the three materials that releases CO2 when burned. There have been a number of calls across the European beverage industry to ensure a closed recycling loop for PET bottles by preventing them from being ‘downcycled’ into applications like textiles, which often means they cannot be recycled again and are no longer suitable for food contact. Organisations representing the beverage industry say this is key to meeting legislative targets on the use of recycled content in beverage bottles.

A closed-loop recycling process of PET beverage bottles could begin to offset some of the emissions associated with end-of-life for this material type, although aluminium and glass already have established high recycling rates and quality outcomes. There is, however, additional considerations in terms of breakage and spoilage. While aluminium and glass tend to offer better retention rates for carbonation than PET, the higher incidence of breakage for glass bottles can add to GHG emissions, according to McKinsey.

Notably, McKinsey claims that the GHG emissions of production are more significant than those associated with end-of-life outcomes. This means that the company considers PET bottles to have the lowest GHG emissions of the three beverage packaging types, despite some of the challenges highlighted by the report, as it prioritises the production and transport aspects of climate impact.

Looking forward to 2050, McKinsey does report that aluminium and glass would benefit disproportionately from decarbonising the electric grid, while PET emissions are set to decrease relatively slowly in comparison. This could lower the gap in emissions between plastics, aluminium, and glass. In the case of a 1.5oC pathway leading up to 2050, McKinsey finds that aluminium cans would have lower GHG emission than PET bottles, which emphasises the need to consider different contexts when determining the advantages of different material types.

Another aspect to consider here is refillable or reusable solutions. McKinsey does not cover this in its analysis of beverage containers, but it does account for refills when considering the outcomes for different packaging types for hand soap bottles. The company suggests that refilling a glass bottle 15 to 20 times with flexible PP pouches results in approximately 25% lower GHG emissions than using 15 to 20 HDPE bottles, as flexible PP apparently has lower production emissions. However, reusing HDPE bottles for hand soap offered the lowest GHG emissions overall, with a 15% reduction compared to the reuse of glass bottles.

With McKinsey suggesting that plastic refill options offer lower GHG emission compared to glass, it’s worth examining schemes such as Coca-Cola’s Universal Bottle solution, which first launched in Brazil in 2018. Coca-Cola is trialling the use of returnable and refillable plastic bottles with a standardised design that allows them to be used across beverage types, such as Coke, Fanta, and Sprite; this is aimed at reducing the emissions associated with both the production of beverage containers and the movement of bottles through the supply chain.

There are some challenges associated with reuse, such as the fact that a certain rate of reuse needs to be reached – as suggested by McKinsey’s findings – in order to offer improved environmental outcomes. Research also points to consumer concern surrounding the hygiene and durability of reusable packaging, which may need to be taken into account when selecting material type. Interestingly, Coca-Cola has noted that refillable glass packaging is a cheaper option, which it says will be important for getting consumers onboard with reuse as the cost of living escalates.

This implies that further research into the different factors – including environmental, but also encompassing consumer engagement and cost – influencing reuse models is needed. McKinsey’s inclusion of reuse in its analysis, however, suggests that companies are increasingly looking to consider alternative models of consumption when examining the environmental performance of material types.