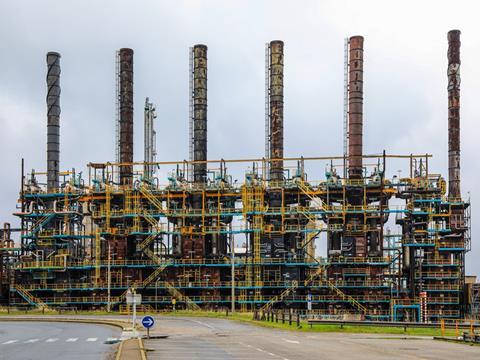 A recent report from ecoprog has identified more than 90 chemical recycling projects focused on plastics worldwide, with around 20 plants currently operational – mostly for research and development purposes. What progress has the chemical recycling industry made so far?

The report notes that plants it considered operation were mostly being used for further research of chemical recycling technologies, rather than for commercial purposes. The majority of projects that remained in the planning stages at the end of 2021 were based in Europe – a trend supported by the European Patent Organisation (EPO), which found that over half of worldwide patenting activity in plastic recycling and bioplastic industries came from Europe and the US.

A number of companies have recently announced plans for and developments in chemical recycling, an industry that is rapidly expanding based on further patent data. In January, for example, Eastman announced that it would invest up to $1 billion on a chemical recycling facility in France, which will use a polyester renewal technology to break down hard-to-recycle waste. Meanwhile, INEOS Styrolution last year confirmed a joint venture with Recycling Technologies aiming to open “Europe’s first” polystyrene advanced recycling facility by the end of 2022, and Honeywell’s UpCycle Process Technology is reportedly ready to be scaled with plans to begin production alongside Sacyr in 2023.

RaboResearch, reporting on trends in chemical recycling, suggested that there could be 140 plants worldwide by 2025. Other key players identified in RaboResearch’s report include BP, TotalEnergies, and Shell, with ecoprog’s research also acknowledging that the upward trend “primarily affects the business model of the chemical industry and the mineral oil industry, which produce plastics or provide the raw material for them derived from crude oil”.

According to ecoprog, a significant driver of the chemical recycling market is its potential to offer fully recyclable plastics without downcycling, as well as the requirement to meet recycled content quotas in the future. Plastics Europe, an organisation representing the European plastics industry, has called for a mandatory recycled content target of 30% by 2030 as part of revisions to the Packaging and Packaging Waste Direction (PPWD). Some segments, including beverage packaging, have already committed to such targets.

ecoprog acknowledges that “few topics in waste management […] polarize as strongly as chemical recycling does”. On the one hand, chemical recycling could be “essential to bring circularity to plastics, reduce carbon footprint, replace fossil-based plastic, and contribute to reducing the amount of plastic leakage to the environment”, according to John Sewell, secretary general of Chemical Recycling Europe, while speaking to Packaging Europe last year. Chemical Recycling Europe has previously argued that a mass-balance approach could provide a key solution to the challenge of recycling flexible, multi-layer, and complex plastic materials that are difficult to recycle mechanically and may be sent for energy recovery, disposed of in landfill, or placed in the environment instead.

There is also a number of companies emerging which are focusing on technical evaluations of the chemical recycling process, according to ecoprog. For example, seven Fraunhofer Institutes have pooled their expertise into the Waste4Future project, which intends to increase energy and resource efficiency in the use of plastics. The group will apparently examine how chemical recycling can utilise waste that cannot be processed through mechanical recycling, with the aim of eliminating the burning of waste containing plastics at the end of the value chain.

Earlier this year, WWF released a position paper on chemical recycling that proposed that reduction and reuse should take precedent as part of the global effort to reduce and eliminate nature-bound plastic, while establishing principles for the credibility and effectiveness of chemical recycling. The principles included the statement that chemical recycling should complement, rather than divert resources from or compete with, existing approaches that address global plastic pollution.

In addition, WWF says that, in order for chemical recycling to be implemented successfully, it must demonstrate a reduced carbon footprint compared with the production of virgin resin. The group adds that it would only consider material-to-material applications of chemical recycling valid as part of a circular economy.

Despite criticisms and concerns, demand for chemically recycled materials also appears to be growing as demonstrated by companies such as LVMH Beauty, The Estée Lauder Companies, Clarins, Procter & Gamble, L’Oréal, and Danone expressing interest in Eastman’s upcoming chemical recycling facility.

ecoprog’s report suggests that chemical recycling continues to be an industry to watch in 2022 and beyond.