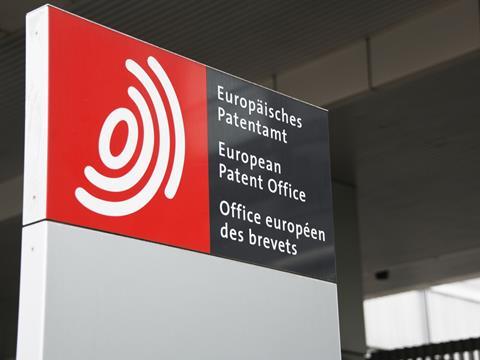 A report released today by the European Patent Office (EPO) suggests that Europe and the US account for over half of worldwide patenting activity in the plastic recycling and bioplastic industries, with the cosmetic and detergent segments emerging as front runners for innovation.

The report uses data from 2010 to 2019, particularly international patent families (IPFs) covering inventions that have submitted applications in two or more patent offices worldwide, to analyse innovation trends in plastic recycling and bioplastic technologies. As a relatively small number of applications are granted IPFs, and these are often filed months or years before a product appears on the market, the EPO considers IPFs to be a valid indicator of future trends.

Chemical and biological recycling methods generated the most patenting activity with 9,000 IPFs during the 2010-2019 period, the report claims. This is apparently double the number of IPFs filed for mechanical recycling, which the report identifies as the solution currently most used to convert plastic waste into new products.

In addition, the report suggests that chemical recycling methods such as cracking and pyrolysis reached a peak in patenting activity in 2014. The EPO says that other technologies – including the use of living organisms and plastic-to-monomer recycling, which had 1,500 and 2,300 IPFs respectively – are now emerging as new opportunities for producing virgin-quality plastic.

According to the EPO, Europe and the US account for 60% of global patenting activity related to the plastics recycling industry and bioplastic technologies. There appears to be an even split between the regions, with Europe and the US each making up around 30% of patents in these sectors.

The UK, France, Italy, the Netherlands, and Belgium are highlighted in the report as key locations for specialisation in both plastic recycling and bioplastic technologies. The report also notes that while Germany submits the most patent applications in Europe, it seems to be lacking specialisation in these fields.

The report says that the UK has one of the highest degrees of specialisation in waste recovery technologies, especially waste collection and cleaning. The UK registered 436 plastic recycling IPFs between 2010 and 2019 – a 2.9% share that places it at number eight in the global rankings. The report names Johnson Matthey, the University of Oxford, and BP as the top three applicants for plastic recycling technologies in the UK.

Moreover, the report recognizes healthcare as the most active industry in terms of bioplastic innovations, while the cosmetic and detergent sectors are demonstrating the most “intensive” innovation. For example, the ratio of bioplastic IPFs to conventional plastics IPFs is 1:3 in the cosmetic and detergent sectors, compared to 1:5 in the healthcare sector – although healthcare had more than 19,000 IPFs overall between 2010 and 2019, the highest of the three sectors.

Globally, Procter & Gamble, L’Oréal and Henkel are the highest-ranking innovators in the cosmetic and detergent sectors globally, according to the EPO’s metrics. The report places Unilever fourth in the worldwide rankings; the company also has the most bioplastic patent applications in the UK, reinforcing the UK’s role as a key facilitator of innovations in these industries.

Packaging, electronics, and textiles are also significant contributors to innovation in bioplastics, according to the EPO’s report. The report emphasises the potential of technologies that produce plastics that are easier to recycle, an area that has seen an average annual growth rate of 10% since 2010.

Meanwhile, an innovation in dynamic covalent bonding, which offers durable plastic materials capable of self-repairing, has driven the growth of aerospace, construction, transportation, renewable energy, and microelectronic applications. The report adds that Japan has a “strong lead” in this field.

The report also underlines the importance of recognising fundamental research in developing chemical and biological recycling technologies. Nearly 20% of inventions reportedly originate from universities and public research organisations, focused geographically in Europe and US.

Importantly, this could represent a future challenge for the industry. The report implies that Europe, which is the only innovation hub to contribute a larger share of inventions from upstream research, is not maximising its potential in terms of scaling technologies. In the US, four times as many IPFs were registered by start-ups compared to Europe, which suggests less activity at an industry level for European innovators.

António Campinos, president of the EPO, comments: “This study offers key insights into a range of promising new technologies that foster the reusability, recyclability and bio-degradability of plastic products.

“It highlights Europe’s contribution to innovation in this sector, but shows that much more can be done to turn pioneering European research into inventions and to bring them to market.”

In 2019, a report from European Bioplastics seemed to confirm that the global bioplastics industry is expanding, with capacity set to increase to 2.4 million tonnes in 2024. This report identified Asia as the major hub with 45% of bioplastics currently being produced there, while one-fifth of production capacity is located in Europe. This supports the EPO’s conclusion that Europe is lagging in terms of bringing innovations to the industry, although European Bioplastics suggests that capacity may grow to up to 30% in Europe by 2024.

Similarly, a recent report from RaboResearch suggested that advanced recycling – which includes chemical recycling solutions – is a growing industry despite criticism. This report identified the US and Europe as leading locations for advanced recycling companies, supporting some of the EPO’s findings, while East Asia is an emerging player.

The EPO adds that it intends for the report to aid decision-making in the private and public sectors, and to encourage policies that direct resources to emerging technologies.