Where are opportunities for sustainable growth emerging in Asia’s packaging value chains? 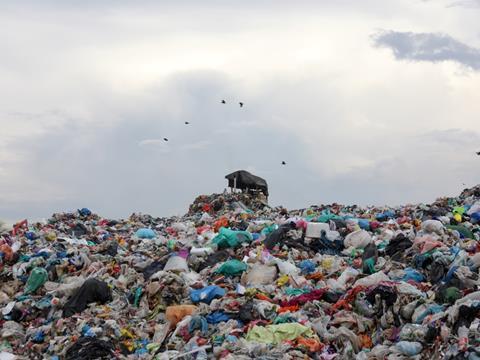 In a recent trend report, K identifies supply chain digitalisation, the expansion of packaging waste management infrastructure, and alternative energy mixes as some of the key opportunities for sustainable growth in Asia and, specifically, the ASEAN trade bloc. However, the COVID-19 pandemic, alongside local price and demand uncertainties, continues to present challenges.

According to K, the COVID-19 pandemic has “put the world’s supply chain resilience to the test”. While measures to contain COVID-19 limited production and transport, the spending and consumption habits of consumers took on new formats, such as the rise of e-commerce. On a global scale, this has led to an unpredictable and uneven picture of supply and demand, even as economies have rebounded from the initial downturns that characterised the start of the pandemic.

The ASEAN trading bloc, which includes Brunei, Cambodia, Indonesia, Laos, Malaysia, Myanmar, the Philippines, Singapore, Thailand, and Vietnam, is the world’s fifth-largest economy with a total combined GDP of US$3 trillion in 2020, K reports. This falls behind China, which reportedly had a GDP of US$14.7 trillion in the same year; the US, Japan, and Germany also have larger GDPs than the ASEAN bloc.

When the COVID-19 pandemic hit, K explains that the ASEAN region was quick to enact strict measures to contain outbreaks and protect their populations. K reports that trade in the bloc was impacted by the pandemic, with imports and exports down 8% in 2020 compared to the previous year.

Therefore, the region has experienced an escalation of its digital shift as companies have attempted to remain fully operational in the face of pandemic challenges, according to K. The ASEAN Comprehensive Recovery Framework (ACRF), which acts as the region’s roadmap for navigating the COVID-19 pandemic, apparently includes a strong focus on digital technology.

Internet use in the ASEAN region has grown significantly over the last ten years. In 2021, K says the number of internet users increased to 440 million – which, notably, includes 40 million new users who first connected during this year – and now represents 75% of the population. Over the course of the pandemic, digital consumers in the ASEAN region have apparently increased by 60 million.

Indonesia, Malaysia, the Philippines, Singapore, Thailand, and Vietnam are the six largest markets for ASEAN’s digital economy. K claims that a Fourth Industrial Revolution (4IR) in the region will allow ASEAN to enhance innovation and value chains, helping with its post-pandemic recovery.

On this note, trade with ASEAN represents approximately 19.7% of China’s imports and exports based on K’s analysis. Although China is the world’s second-largest economy and the centre of the global value chain, K highlights that the country is currently facing outbreaks of COVID-19 alongside challenges with debt and property prices. China is enacting a Zero-COVID policy that some say will complicate its trading capacity and value, especially with places that have decided to remove most restrictions despite ongoing COVID-19 cases, such as the US, the UK, and some EU countries.

K says that this could slow China’s expansion rate to 5.1% in 2022, compared to 8% in 2021. However, China’s imports and exports are beginning to recover, K argues, and the group expects that growth will resume in 2023, which could enable further trading expansion with ASEAN, as well as other regions like Europe.

As the pandemic enters what some are viewing as its end phase, varying government responses are presenting some challenges to the way trade proceeds. There are concerns, for example, that freight backlogs apparently resulting from China’s Zero-COVID policy could reignite supply chain delays, container shortages, and other logistical bottlenecks. Ultimately, K notes that digitalisation will be a vital part of enabling efficient production, distribution, and thus trade – pointing to the importance of ASEAN’s digital expansion.

The challenge of waste management

K says that ASEAN is in the early stages of adopting a circular economy. Currently, the region is contending with challenges including resource depletion, unsustainable raw material consumption, and climate change, which also represent a threat to its economic growth.

Drawing on data from the United Nations’ (UN) ASEAN waste management report, the region generates 1.14 kg of municipal solid waste (MSW) per capita per day, with Indonesia, Thailand, and Vietnam identified as producing the greatest volume. When it comes to plastics circularity, the World Bank has reported that less than 25% of plastics available for recycling are recycled into valuable materials in Malaysia, the Philippines, and Thailand.

In Malaysia, one of the countries under scrutiny in the World Bank’s report, K attributes a low recycling rate to the local industry’s focus on materials like transparent PET bottles, which are easier to collect and tend to have a higher value. K adds that there is a lack of local demand for recycled plastics, which must be 15-30% cheaper than virgin plastics to be competitive, due to volatile global oil prices.

This apparently means that post-consumer materials – including flexible food packaging and polystyrene products, which are considered difficult-to-recycle globally but for which new recycling technologies are emerging – are largely unrecycled. K cites a World Bank study that suggests Malaysia loses 81% of the material value of PET, PP, HDPE, and LDPE plastics, which are primarily used in single-use packaging in the region.

Meanwhile, an estimated 0.75 million tonnes of mismanaged plastic enter the ocean annually from the Philippines, according to K. The country’s recycling rate is currently 22%, with PET (excluding polyester applications) having the highest packaging recycling rate of 45%. K says that this means the country is losing approximately US$790-890 million a year in unrecovered material value.

K highlights that LDPE/LLDPE is the least collected and recycled material in the country, especially as applications like electronics, automotive, and construction packaging have longer usage cycles that complicate collection. Like Malaysia, the Philippines appears to have a strong market for post-consumer plastics like PET bottles, encouraging the collection and recycling of these materials.

In addition, Thailand reportedly consumed 3.49 million tonnes of plastic in 2018, with around 42% being used in packaging. However, K says that only 17.6% of plastic resins including PET, HDPE/LDPE, and PP were recycled – corresponding to an annual material value loss of approximately US$4 billion. As in Malaysia and the Philippines, PET has the highest recycling rate in Thailand at 46%, according to K.

In a recent report by McKinsey, the group identified archetypes of waste management and sustainability regulations based on 30 countries, which included 7 from Asia. Some southeast Asian countries were in McKinsey’s ‘Level 1’, characterised by unclear or unstructured support mechanisms for sustainability, with speculative or unapproved policy proposals and timelines for implementation stretching to around 2050.

K emphasises that there will be some significant challenges in bringing up recycling rates. In the Philippines, for example, energy costs are allegedly 67% higher than for regional peers like Thailand and Vietnam, which cuts into profitability where low-efficiency equipment is used. Escalating oil prices has been an ongoing issue for some time, but Russia’s invasion of Ukraine is likely to further intensify this uncertainty, especially for countries that do not have their own reserves of fuel, although this is likely to be felt most intensely in Europe to begin with.

There is also the challenge of recycling mixes in the region, K adds. The organisation says that the recycling mixes of the countries mentioned largely contain a high proportion of low-value and difficult-to-recycle plastics, which can also increase costs and disincentivise recycling. Overall, K says recyclers in the region are struggling to balance the demand for low prices, high quality, and scalability, but that sustainable growth appears to be closely linked with economic development.

Future opportunities for ASEAN and beyond

McKinsey also placed some of the Asian countries included in its study in the ‘Level 3’ and ‘Level 4’ archetypes. In ‘Level 3’, countries demonstrate consistent value chain, product, and material coverage when it comes to sustainability regulations, which will include an even distribution of those under discussion, those approved, and those in place. Detailed, consistent, and mostly approved laws, some of which may be in effect, characterise McKinsey’s ‘Level 4’ archetype, with targets set for 2030 or earlier.

The position of some Asian countries in McKinsey’s ‘Level 3’ and ‘Level 4’ archetypes demonstrates that waste management and regulation are far from homogenous in the region. As such, there is room to improve waste management in some places to level out sustainability across ASEAN and, more widely, Asia.

Thailand, one of the countries analysed by K, has the largest petrochemical sector in ASEAN, while its plastics industry accounted for 6.1% of GDP in 2019. As demand for recycled content grows both locally and globally, despite challenges, K suggests that there is a strong incentive for Thailand to target waste management as part of efforts to strengthen trade.

Additionally, K says that Thailand should set recycled content targets across all major end-use applicators and begin implementing waste management policies – something that would move it further up McKinsey’s global hierarchy of sustainability regulation.

At the moment, K notes that the ASEAN region and some of its nearby partners are heavily dependent on fossil fuels, with the Carbon Tracker Initiative reporting that China, India, Indonesia, Japan, and Vietnam’s building plans will account for 80% of the world’s new coal-fired power plants. Coal is abundant in the region, which, K highlights, makes it competitive in terms of cost.

However, some actors in the region are aiming to eliminate coal from their energy mixes. Singapore, South Korea, Japan, and the Philippines have joined the COP23 initiative, Powering Past Coal Alliance (PPCA), with the target of phasing out coal globally by no later than 2050. With the increasing uncertainty of oil and other fossil fuel prices, and growing global attention on opportunities to transition to greener energy options, ASEAN members and other Asian countries may begin to consider the benefits of this transition.

Finally, it is worth noting that some of the packing waste that enters marine environments from countries like Indonesia and Thailand is seemingly exported from European countries that nonetheless claim to have better recycling infrastructure. While countries in the ASEAN region are disproportionately affected by the risks and challenges of plastic waste management, other regions like Europe appear to be skirting responsibility or obscuring their upstream connections with this waste.

In 2021, the recycling rate for plastics in Europe as approximately 23.1%, according to AMI. This is not massively different from the figures cited by K for countries like the Philippines, Thailand, and Malaysia, but criticism for poor waste management appears to be most frequently levied at regions like ASEAN. However, this is a global challenge requiring global responses.

The announcement that the UN will begin drafting a legally-binding treaty on plastic waste could be a starting point for ensuring effective and equitable packaging waste management globally. A draft resolution acknowledges the need to account for national circumstances, which will perhaps facilitate specific support for digitalisation, waste management strategies, and alternative energy mixes that could help to boost packaging recycling rates in ASEAN and beyond.