What do rising commodity prices linked with the war in Ukraine mean for glass, metal, and plastic packaging? 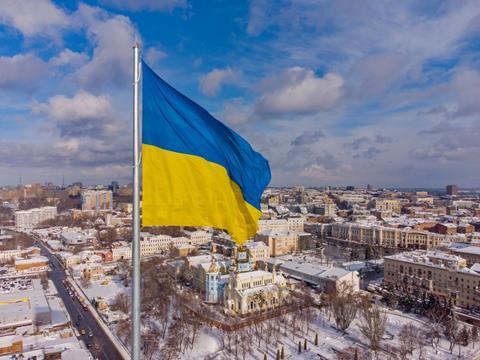 According to Moody’s Investors Service, Russia’s invasion of Ukraine is having ripple effects on commodity prices and global supply chains that could put pressure on the profit margins of European non-paper packaging manufacturers this year. The plastic packaging sector is likely to face the most volatility as companies contend with time lags in passing on cost increases, while glass and metal packaging companies are falling back on hedging strategies and secure demand to maintain their resilience.

As Moody’s notes, energy prices have risen since Russia’s invasion of Ukraine in February 2022. This has added to the spike in energy prices already reported in the second half of 2021, partially as a result of supply being unable to meet demand during the economic rebound from the COVID-19 pandemic. Even before the onset of the war in Ukraine, key players from across the plastics value chain were warning that passing on energy costs as surcharges could have a “devastating” impact on profit margins.

At present, energy trade between Russia and Europe has not come to a complete halt, with the European Union expressing plans to phase out Russian oil and gas over the next few years. However, such a scenario is not out of the question and, with more economic embargos being introduced in response to continued aggression from Russia, the supply, demand, and cost of energy remain uncertain.

Moody’s has previously suggested that the paper packaging industry will not see a further tightening of the market if the energy supply situation remains the same, although its downside scenario where there is a cut-off between Russia and Europe may result in supply being unable to meet demand for all producers and manufacturers. However, Moody’s says it is expecting prices for oil, natural gas, and electricity to remain high in 2022, which is likely to impact non-paper packaging segments, especially plastics and, to a lesser extent, glass.

In addition, the supply of commodities including aluminium and polypropylene could tighten as Russia becomes increasingly isolated economically and transport routes are further inhibited. The price of aluminium rose by 42% between 2021 and 2022, while the price of polypropylene in Europe increased by 48% in the same period, as reported by Moody’s. This could add to the ongoing supply chain crisis, also closely linked with the unexpected economic rebound when COVID-19 restrictions were lifted in some parts of the world.

Moody’s notes that the ability of non-paper packaging companies to cope with increases in commodity costs and the uncertainty of supply depends on whether they can offset higher costs. Strategies could include energy hedging, contractual pass-through provisions, and the successful negotiation of price increases with customers.

Given packaging’s link with essential industries such as food and pharmaceuticals, it is likely that companies will be able to pass on some costs, but Moody’s identifies the possibility of a time lag as higher prices trickle down to customers cutting into profits. The pressure of escalating inflation and other, more hidden costs like transport could also delay the recovery of packaging companies that have yet to pass on the price increase of raw materials from last year.

As Moody’s explains, the production of glass packaging is energy-intensive because it requires furnaces to be maintained at high temperatures. Additionally, glass is heavier and more fragile than other packaging materials like plastic and metal, making it more costly to transport – and, some argue, adding to its carbon footprint.

Moody’s rates three pure glass packaging companies, which typically engage in price negotiations once a year: Verallia, Olympe, and Silica. At the moment, it has rated the outlook for all of these companies as ‘Stable’, although the glass packaging sector is likely to face some ongoing challenges as a result of Russia’s invasion of Ukraine, with the severity of these linked to whether or not companies can fully hedge their energy requirements.

While the pass-through structure for Verallia is considered very low, Moody’s notes that it has a high hedging potential in Europe, which allowed it to offset inflationary cost pressures in 2021. The company is also managing its exposure by continuing to reduce its cash costs, according to Moody’s. However, Verallia does have one plant in Ukraine, where production has apparently halted temporarily, and two plants in Russia, demonstrating the company’s direct exposure to the Russia-Ukraine war – although this only represents 5% of total revenue overall, Moody’s adds.

Meanwhile, Olympe and Silicia have reportedly hedged a low or non-existent proportion of their energy consumption, which Moody’s says has resulted in both companies experiencing significant margin pressures. According to Moody’s, both companies have started to implement fuel surcharges on their customers to cover transportation costs, while also increasing prices to offset rising energy prices, which could help to mitigate their indirect exposure in the longer term.

Ardagh, a metal and glass packaging manufacturer, typically hedges around 80% of its energy requirements one year in advance, claims Moody’s. While the company may experience some short-term volatility, Moody’s suggests the company will be able to remain resilient in the face of challenges wrought by Russia’s invasion of Ukraine.

According to Moody’s, both Russia and Ukraine are large producers of industrial materials including aluminium, likely leading to a rise in prices – which are already reaching all-time highs – and exacerbating supply chain disruptions for the metal packaging industry. However, Moody’s identifies the metal packaging industry as, at present, least affected by price inflation when compared to its paper and glass counterparts.

Overall, Moody’s says that the metal packaging industry has negligible direct exposure to risk because of Russia’s invasion of Ukraine. Metal producer, Trivium, has two plants in Ukraine, which have been running at reduced capacity during the first quarter of 2022 to serve local customers, and one plant in Russia where operations have been stopped – although Moody’s claims that, combined, this exposure represents less than 1% of the company’s total revenue. Similarly, Eviosys, rated ‘Stable’ by Moody’s, has two plants in Russia that are continuing to serve local customers, again representing a small proportion of its total revenue (3%).

In addition, particular packaging types are proving more resilient. Moody’s reports that AMP and Trivium, which are both metal can producers, have utilised pass-through provisions to offset their exposure to changing metal costs, and this segment can often pass on raw material price increases on a real-time basis.

While Moody’s cautions that contracts where pass-through provisions are being negotiated may exclude non-metal raw materials like oil, it likewise identifies that demand for beverage cans is currently outstripping supply, which could allow the segment to continue putting up prices without too much pushback. According to Alupro, 2021 was also a record year for the recycling rate of aluminium packaging, which supports Moody’s assessment that demand in the aluminium beverage can sector is being driven by its sustainability claims, such as that it is “infinitely” recyclable.

The price of plastic resins is directly linked to oil prices. The plastics packaging industry is vulnerable to the escalating costs of commodities like oil not only because it is energy-intensive, but because many of its core materials continue to be fossil-based. This means that the industry is heavily reliant on the supply of oil, as well as other commodities like gas.

Some companies rated by Moody’s have direct exposure to risk because of the war in Ukraine, which, unlike for metal and glass manufacturers, they may struggle to mitigate. For example, Weener Plastics operates two plants in Russia, which continue to run and reportedly account for around 12.5% and 17.5% of its 2022 revenue and EBITDA respectively. According to Moody’s, this means it has the highest exposure to risk in the region among the group of 18 European non-paper packaging companies reviewed. While ranked ‘Stable’, Moody’s has downgraded Weener Plastics’ rating to reflect the risks associated with these Russia-based operations.

In addition, Moody’s says that the profit margins of many plastic packaging companies were negatively impacted in 2021, with some failing to reach pre-pandemic levels. Moody’s attributes this to a time lag from contractual pass-throughs for resins, which can range from one month to as much as one year.

For the beauty and cosmetics sector, this was the case for Albea Beauty Holdings and Axilone, according to Moody’s. The volatility of raw material prices reportedly prevented both companies from reaching pre-pandemic profit margins, despite their operating performances beginning to recover from the drop associated with the outbreak of COVID-19 in 2020.

Because of these challenges, Moody’s has rated some plastic packaging companies as having a ‘Negative’ outlook. Klöckner Pentaplas (KP), for example, experienced a significant lag in passing on rising raw material costs and other expenses such as energy, transportation, and labour, resulting in what Moody’s calls a “material deterioration” in profitability in 2021. As reported by Moody’s, KP claimed to have caught up with price increases by the end of 2021, with contracts currently being renegotiated to reduce the time lag for cost pass-throughs.

Guala Closures has a very low level of pass-through potential and a low ability to hedge energy prices, which has resulted in Moody’s giving it a ‘Negative’ rating. Like Weener Plastics, Guala also has some direct exposure to the Russia-Ukraine war, with Moody’s highlighting its plant in Ukraine, where production is partially suspended, alongside a plant in Belarus that generated 9% of the company’s revenue and 15% of its EBITDA in 2021. On this note, Moody’s says that Guala may be able to reduce some of the impacts of this exposure as half of the revenue it generates in these locations is sold intercompany to third parties; the company could therefore move production to other plants.

Moody’s emphasises that there are ways plastic packaging companies can mitigate the impacts of rising costs and navigate the challenges of passing on price increases. According to Moody’s, Taghleef Industries has been able to successful pass-through cost increases to customers through close communication and assurance of delivery.

However, Moody’s report appears to show that the plastic packaging industry will face the most significant challenges overall as a result of rising commodity prices linked to Russia’s invasion of Ukraine. Many of this sector’s negotiation processes for passing on price increases for both resins and other costs like transport take time, meaning that lags could further cut into margins. It seems that challenges already plaguing the industry in 2021, such as rising costs and raw material shortages, are set to continue in 2022.