What does the war in Ukraine mean for Europe’s PE supply? 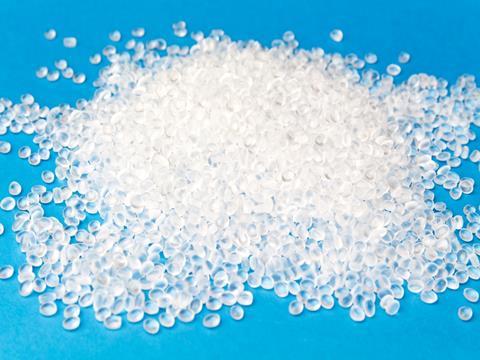 ICIS reports that the impact of Russia’s invasion of Ukraine on oil and gas supplies is likely to have consequences for European production, exports, and imports of polyethylene (PE), and while imports from elsewhere could make up for shortfalls, the situation remains volatile.

According to ICIS, a key concern when it comes to the supply of PE with relation to Russia’s invasion of Ukraine is the availability of oil and gas. Polyolefins plants rely on sufficient energy supplies, and the sanctions imposed on Russia could destabilise access to this.

While targeting oil and gas is generally considered an essential part of building an effective set of embargos against Russia, some governments were initially cautious over fears of exacerbating the energy shortages and surging prices already unfolding before Russia’s invasion of Ukraine. The UK, for example, says it will begin a slow phase out with the aim of eliminating Russian oil from its imports by the end of 2022. The European Commission is planning to rescind its dependency on Russian fossil fuels before 2030 with plans to fill shortfalls with alternative, ‘clean’ energy supplies.

50% of European naphtha is supplied by Russia, as well as around 27% of Europe’s crude oil, claims ICIS. According to Ajay Parmar, senior oil market analyst at ICIS, “we have the lowest Amsterdam-Rotterdam-Antwerp (ARA) inventories of naphtha that we’ve seen since 2016, it’s extremely low. […] This conflict is a direct threat to the naphtha market as well as the crude oil market.” Even before sanctions were introduced, Russian exports of oil and gas dropped.

In the case of PE, ICIS provides the example of the Druzhba oil pipeline, which runs from Russia to Hungary, Poland, Czechia, Slovakia, and eastern Germany, and has reportedly continued to flow since Russia’s invasion of Ukraine in February. Around 11% of total European ethylene capacity (an estimated 2.79 tonnes) and 12% of total European propylene capacity (approximately 2.34 tonnes) rely on refineries located along this pipeline.

“It is unlikely that normal levels of operations could be maintained if Druzhba crude supplies were interrupted,” says John Richardson, Senior Consultant, Asia, at ICIS. Amrita Sen, founding partner at Energy Aspects, told the Wall Street Journal earlier this week that “it’s just not going to be possible to replace those pipes” in the case of sanctions.

It is important, ICIS notes, to consider how the reduction in oil and natural gas supplies will impact individual countries within Europe as reliance varies regionally. Some countries also have a greater capacity to offset the loss of supply from Russia by increasing their use of coal, nuclear energy, and renewables. For example, countries with larger ports have more flexibility in sourcing fuel imports, while landlocked countries are more likely to rely on volatile pipelines. However, some Central European refiners could potentially import gas from the Adria pipeline, which originates in Croatia, instead.

A report by Transport & Environment identifies Slovakia as the EU member state with the most dependency on Russian oil, while Germany, Poland, and the Netherlands make up the most European imports, representing roughly half between them. These are some of the countries that could be most impacted by fluctuating oil supply from Russia in general, although ICIS says that a country-specific breakdown of Russian imports versus polyolefin production is needed to understand the specific impacts on PE supply.

Adding to this, there’s also the issue of demand. ICIS says that it is “critically important” that Europe has enough liner-low-density PE (LLDPE) and low-density PE (LDPE), as these are key for the production of food packaging.

Although demand for food packaging was higher during lockdowns responding to the COVID-19 pandemic, as people largely ate at home, ICIS suggests that the rising cost of living – which is also associated with skyrocketing energy prices – could see food consumption, and thus demand for food packaging, decline as consumers reduce spending. On the one hand, ICIS claims that reduced demand for PE in food applications in 2022 was predictable and, to an extent, expected. However, if overall consumer spending drops as consumers become more and more cautious, demand for PE may fall further.

“Demand as much as supply will help determine whether Europe experiences any PE shortages,” Richardson explains. “The demand outlook is clearly incredibly complex and needs constant monitoring.”

So what might happen to the availability of PE?

In 2022, ICIS forecasts that the EU and the UK could be in a net export position of 27,000 tonnes of LDPE and a net import position of 1.7 million tonnes based on an average production operating rate of 78%.

However, if local security of supply is reduced, ICIS implies that exports would likely decline. In addition, if production rates fall in Europe to 69% – 10% lower than ICIS’s initial prediction – then net imports in the EU and the UK could rise to 2.3 million tonnes.

ICIS reports that another “key variable” will be China’s net PE imports. China is shifting towards increasing self-sufficiency when it comes to HDPE, with growing domestic capacities and higher operating rates. Richardson suggests that China’s net imports could be either 6.1 tonnes, 4.9 tonnes, or 4.1 tonnes in 2022, compared to 6.2 tonnes in 2022 – with Richardson pointing to the lower scenarios as more likely.

China’s Zero-Covid policy and Common Property policy, as well as war in Ukraine, could reportedly curb China’s HDPE growth in 2022, which ICIS points to as something to watch as the PE supply situation continues to unfold. Additionally, Asia appears to be experiencing record-low margins for LLDPE, which could lead to cutbacks in production and therefore output.

As for Russia, the country is a relatively small net PE export player, but ICIS suggests that it will struggle to export PE going forward due to sanctions. Russia is only expected to account for 4% of global net HDPE imports in 2022, with similar figures for LDPE markets. Notably, this could still have a severe impact on some countries that are heavily dependent on HDPE imports from Russia specifically, which Richardson says underlies “the need to dig deeper” when assessing the situation.

In its report, ICIS also does not account for the extent of PE production in the Middle East in 2022. This region is apparently the world’s biggest exporter for PE. Another consideration in this region is that there are discussions of Iran picking up the shortfall of crude oil that may result from sanctions on Russia. As Palmar explains, “that’s the only major factor that can really dent in the oil price right now. It looks like that could come into the market fairly soon.” Therefore, this could impact the cost of production for PE and, as a result, influence supply.

Richardson concludes: “While […] I believe there will be plenty of PE to go around to cover any European shortfalls, global producers need to act now to cover potential interruptions in supply commitments. European buyers must investigate further sources of supply.”

Other packaging segments, particularly paper and pulp, have reported serious concerns over escalating energy prices and reduced availability of raw materials, with the European Federation of Wooden Pallet & Packaging Manufacturers (FEFPEB) advising that the European wood supply chain will be under immense pressure in the coming weeks due to the war in Ukraine. While Russia plays a relatively small role in PE exports, its much larger influence over the availability of energy in Europe could mean that the war in Ukraine and sanctions on Russia and Belarus have significant ripple effects for the plastic packaging sector, too.

Overall, ICIS cautions that the situation is difficult to predict in “these extraordinarily volatile times” and that its analysis “only scratches the surface”. It remains to be seen exactly what Russia’s invasion of Ukraine will mean for PE supply, but there are likely to be some challenges ahead.