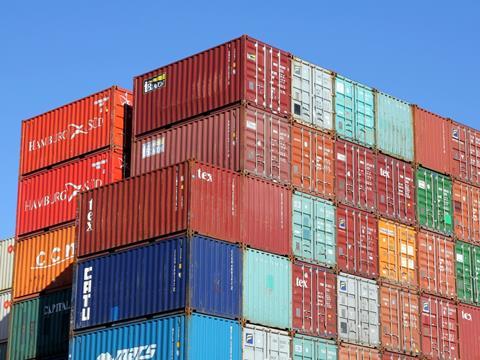 According to Achilles, the combination of commodity price pressures, supply shortages, and logistical challenges exacerbated by Russia’s invasion of Ukraine has led the organisation to place supply chain resilience in its most at-risk category for the second quarter of 2022. With the war in Ukraine predicted to continue into the long-term, the organisation says there is no end in sight for these challenges, which present a significant risk to global economic growth.

As noted by Achilles, the IMF reported that general commodity prices were approximately 70.4% higher at the end of March 2022 compared to the end of March 2021. Oil, one of the world’s largest traded commodities, has undergone significant price hikes as Russia’s invasion of Ukraine further tightens the global supply situation.

Europe is most vulnerable to a complete cessation of oil and gas supplies from Russia, with some countries in the region supplying a significant proportion of their energy mix from Russia. Achilles says that Russia supplied 40% of the EU’s gas in 2021, and the EU reportedly imported 43% of all Russian oil exports in March this year.

In practice, there are currently limited restrictions on Russian gas and oil in Europe, although the EU recently announced plans to block the import of all Russian oil arriving by sea by the end of 2022. This ban will seemingly not include pipeline imports, although the Nord Stream 2 gas line has been halted because of Russia’s invasion of Ukraine. The transitional period is expected to be difficult, Achilles reports, and it is not yet fully clear when – or if – the EU will entirely phase out Russian fuel imports.

Achilles adds that Russia is limiting the supply of oil and gas to, and imposing sanctions on, European countries at present, ostensibly in retaliation for other economic embargoes enacted by Europe and many European countries’ support for Ukraine. Meanwhile, Achilles says that some buyers are avoiding Russian fuel over concerns that it may shortly be cut off.

The US, on the other hand, has implemented sanctions on Russian oil. The country has its own oil reserves, meaning it is more resilient in terms of supply – although it remains vulnerable to global price shocks. The Brent standard, used to measure prices for much of the world’s oil, places costs at $100/barrel at present, Achilles claims. The organisation says that this is a decrease from the high of $139/barrel reported in March 2022 but acknowledges that prices remain tight on an international scale.

Moody’s Investors Service suggests that prices for oil, natural gas, and electricity are likely to stay high in 2022. According to Achilles, the Organisation of the Petroleum Exporting Countries (OPEC) is working to increase production but adds that this approach has thus far been unable to compensate for a reduction in Russian supply.

However, Achilles expects oil prices to remain at present levels as the release of emergency supplies provides some relief and as economic growth begins to falter, potentially undercutting demand but helping to stabilise supply. The organisation does add that prices are unlikely to fall, with consumers and companies alike set to continue facing significant costs in the coming months.

The issue of inflation

Escalating energy costs have ripple effects on other commodities that rely, both directly and indirectly, on oil and gas. Achilles points to concerns that the war in Ukraine may be more drawn-out than initially expected, with supply disruptions and price uncertainties expected to continue into at least 2023.

In a recent report, Moody’s identified the plastic packaging industry as particularly volatile in the face of cost increases. With the price of plastic resins linked directly to oil prices, the plastic packaging industry is contending with surging input costs but a lag in companies’ ability to pass on or hedge prices. This is despite the fact that plastics – and many other packaging materials – have many essential end applications, including food and pharmaceuticals, which can help to lessen their exposure to external economic pressures. Moody’s has rated some plastic packaging companies as having negative outlooks, suggesting that profit margins could be affected going forward.

The issue of rising inflation is likely to further impact the outlook for companies across industries, as well as having the potential to alter consumer behaviour and purchasing power. Achilles reports that inflation has reached 7.44% in the EU and 8.59% in the US, with global rates hitting what the organisation refers to as “multi-decade highs” with further rises expected. The organisation notes that the IMF considers inflation as one of the main reasons for a downward revision in global growth forecasts, second only to the war in Ukraine.

Attempts to manage inflation are complex, Achilles warns. While banks could, for example, increase lending rates, this could undercut the ongoing economic recovery of many countries as they appear to bounce back from the COVID-19 pandemic. A lack of action, however, could continue to push up inflation and lead to a global economic downturn anyway. This presents “a difficult balancing act” for companies and governments, according to Achilles. The increasing likelihood that the war in Ukraine will be drawn out also suggests that strategies to manage inflation will have a limited impact.

With inflation on the rise, Achilles says that consumers are increasingly dissuaded from spending, especially on non-essential commodities. This could further contribute to a decline in economic growth, with Achilles adding that this may undermine stimulus packages introduced by governments to encourage consumer spending during the COVID-19 pandemic and halt the relative uptick experienced as lockdown measures began to ease in many places.

In addition, Achilles highlights a “major concern” in terms of the relationship between supply shortages and inflation. The organisation suggests that risks to supply may not be self-contained, and instead are impacting – and being impacted by – inflation in “an inflationary feedback loop”. This points to a vicious cycle where high oil prices impact the production of certain commodities, with the prices of these commodities then being pushed up and contributing to further inflation in particular sectors.

With the packaging industry having significant connections with fast-moving consumer goods (FMCG) and other consumer-dependent segments, it seems likely that packaging companies will feel the impact of inflation both in their own operations and in terms of consumer behaviour. Although many packaging applications are considered essential, the ability to pass on costs is controversial in some cases, and the potentially devasting impact of rising inflation on the lives of consumers could result in a pushback against these types of mitigation strategies.

As the global economy began its recovery after the initial outbreak of COVID-19, significant strain was placed on supply chains as consumer demand, especially along e-commerce routes, skyrocketed. Production lagged behind demand in many cases as factories had to be bought back online or workforces scaled up again after lockdowns. Additionally, the global distribution of freight containers proved to be a major challenge as ports struggled with labour shortages and backlogs.

According to Achilles, the outlook for shipping reliability has improved slightly at around 18.9% as backlogs begin to clear and shipping routes flow more smoothly. However, the organisation says that this improvement is likely to be short-lived as China contends with an outbreak of COVID-19 and continues to implement its Zero-COVID policy. Shanghai, the world’s largest port, went into complete lockdown in March 2022; while restrictions were eased recently, it looks like the city may be heading into another form of lockdown as more COVID-19 cases have been detected.

Achilles says that an estimated 24% of all container vessels waiting outside ports are seeking access to ports in China. Although there are apparently some indications that the number of stuck ships has peaked globally, the backlog is likely to persist and the re-introduction of lockdowns remains an unpredictable challenge.

Russia’s invasion of Ukraine has further added to the global supply chain crisis. On top of rising commodity prices, there is also the issue of raw materials. For example, Russia and Ukraine are major suppliers of wood, logs, and lumber, with the war likely to tighten the supply situation for these materials. The European Federation of Wooden Pallet & Packaging Manufacturers (FEFPEB) predicts that this could put significant pressure on the supply of pallets, which could add to the challenge of transporting goods globally and create more backlogs.

The Achilles Supply Chain Resilience Index (ASCRI) is a time series index measuring changes in supply chain risk by country, based on six categories: Economic, Environmental, Labour Practices, Legal and Governance, Resilience, and Safety and Security. In the second quarter of 2022, Achilles says that supply chain resilience has plunged by 5.1, bringing it from 44.9 (in Q1) to 39.8 at present.

Overall, this means that the ASCRI for supply chain resilience is in the riskiest classification, with the organisation claiming that more falls along the index are expected. According to Achilles, this means that supply chains are potentially the most fragile they have been since the start of the century.

With the EU’s close connections to the war in Ukraine and reliance on Russian oil and gas, Achilles says that European supply chains are facing disruptions for nearly every industry. 11 out of the 12 countries experiencing the highest falls in supply chain resilience scores are European, Achilles adds.

Achilles suggests that European supply chains may benefit from increased adaptability, which would involve reacting more swiftly to threats or opportunities. This could involve greater flexibility in terms of where goods are sourced from, potentially offsetting short-term disruptions. However, the organisation cautions that any changes to established supply chain flows, even those that could be beneficial in the long-term, carry the risk of further disruption.

Katie Tamblin, chief product officer at Achilles, comments: “Procurement professionals work tirelessly to plan contingencies should supply chain disruption arise, but what happens when there are so many risks that some become unavoidable?

“With the prolonged conflict in Ukraine and extremely tight restrictions on movement in China at present, the prospect of further disruption and even higher costs seem almost inevitable.

“It would be wise for manufacturers to consider acting now to mitigate even greater risks months down the line. By bringing planned orders forward as much as possible, that extra stock cycle and the extra planning time it brings could prove to be an invaluable way to find alternative sources of supply.”