What might a halt to energy supplies because of Russia’s invasion of Ukraine mean for the paper packaging industry? 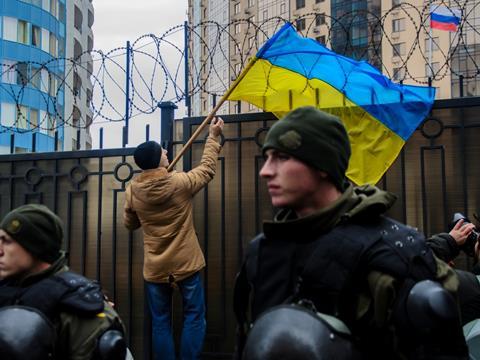 A recent report from Moody’s outlines sectorial and regional variations in economic outlook depending on how the war in Ukraine unfolds in the coming months and years. The baseline scenario assumes the war in Ukraine will last for several months, while sanctions on Russia – alongside higher commodity prices, interest rates, and inflation globally – will likely persist for at least two years. Although Moody’s does not forecast a global recession in this scenario, it notes that the risk of such an event corresponds closely with the duration of the crisis.

The downside scenario, on the other hand, accounts for a situation where energy trade between Europe and Russia halts, leading to recession in Europe that could spread across industries and the rest of the world. Moody’s associates this with high financial volatility and declining global economic output, with about 25% of the 4,000 rated non-financial companies analysed in the report expected to face significant stress with some geographical variations.

Overall, consumer-related sectors were identified as being most vulnerable to the economic risks associated with the war in Ukraine. While the paper packaging industry’s links with essential applications like food and healthcare helps to build its resilience to economic risk, the price and supply uncertainties of gas and oil, essential components in paper production, could create challenges with a lack of short-term solutions.

To begin with, can you talk about what the baseline scenario identified in Moody’s report might mean for the paper packaging industry? 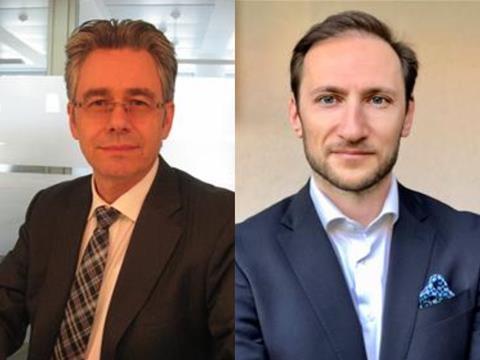 Vitali Morgovski (VM): The outlook for paper packaging, on a sectorial basis, is positive across geographies because it has very sound fundamentals, driven by plastic substitution and e-commerce growth – the demand for that is growing. In the base case, the packaging industry is likely to be resilient.

This is also an industry that has very high shares of revenue exposure to non-cyclical end markets such as the food and beverage industry or the healthcare industry. These industries are not cyclical from a demand point of view, and critical enough for them to be able to pass on cost increases.

In terms of what the baseline scenario means for the paper packaging industry, companies are fairly resilient, especially considering their ability to pass on price increases, which is relatively high. There could be, of course, a time lag when you have a sudden increase in energy costs, and your selling prices cannot be adjusted on the same day. But, over time, their profit development should remain fairly positive.

Smurfit Kappa, one of the largest paper packaging producers in Europe, reported a 33% increase in revenue for the first quarter of 2022 and the same increase in EBITDA on Friday 29th April. So they are able to raise their prices to the extent that their earnings are not affected at all.

Metsä Board, another large paper packaging producer, also reported their first quarter results on Thursday 28th April. They have achieved around an 18% revenue increase while their EBITDA grew by 27%. They have been able to expand their margin in a difficult situation.

Overall, this is the reason for our positive outlook on the paper packaging industry, even though we are negative on the overall paper and forest industry.

Oliver Giani (OG): For paper companies, we see that in our base scenario, they should not be materially affected by the current situation in Ukraine.

Your downside scenario assumes a complete halt to trade between Russia and Europe. Can you tell us more about the paper packaging industry’s risk exposure in this scenario?

VM: Paper packaging is a very energy-intensive industry and, as such, it’s important that the industry has access to gas supplies. In Europe, the key energy source is gas. It’s not the same across all countries; some producers use more electricity and some use more gas. But either way, gas is a substantial component within the energy mix.

If you don’t have enough gas for everybody, and somebody needs to be switched off, that creates a lot of turmoil in general across the markets.

Around 70% of paper packaging is used by Fast Moving Consumer Goods (FMCG) markets such as food and beverage, healthcare, household and personal care. If there were no packaging, those essential products will not be sold. It’s that simple, in the end.

This is the worst-case scenario that we all hope will not come. While not our baseline scenario, this is something we do discuss with companies to see what they can do to prevent the impacts.

OG: In the downside scenario, we feel that the exposure to trade between Russia and Europe could have a negative effect on paper companies, largely coming from the commodity price risk, which needs to be seen on a case-by-case basis.

Overall, it makes a big difference whether we’re talking about strongly positioned investment ratings or weaker, speculative-grade ratings. Stronger, investment-grade companies are well positioned to weather such scenarios, whereas the companies that enter from a weaker rating position could be more affected. This will require a more thorough analysis if the downside situation occurred.

Within the paper packaging sector, are there any applications that you think are more at risk than others – or more resilient than others?

VM: The end market exposure leads to this higher or lower resilience, as opposed to the technological side of packaging as such.

The paper packaging industry is relatively commoditised. When you talk about containerboard, for example, we view it as a commodity in the end. While there are some specifics, one containerboard won’t be all that different from another.

So, the question of more or less resilience depends more on where those packaging types go.

For cereal boxes, on the other side, there’s less impact – we will continue eating cornflakes in most scenarios, so the carton board used for cornflakes will be used to the same extent as before. It’s a non-cyclical, resilient end market, so even when we have a high inflation situation like we have today and food prices go up, we don’t stop eating.

I think the same is true for the packaging industry overall. Packaging goes into many different industries, so the key question is where those products are used.

Do you think that there could be any gaps between supply and demand in either of the scenarios presented in the report?

VM: Not enough gas supply to produce the paper required for paper packaging will create a lot of pressure on the market because everyone will be trying to squeeze as much paper as they can and, ultimately, prices will go through the roof.

In the end, not everyone can be supplied. We saw this already throughout 2021 when market conditions were relatively tight.

However, if energy supply continues, I don’t think there will be any further tightening. Some industrial markets will even begin to soften, and the tightness we saw in paper packaging in 2021 may normalise in 2022.

It is only in the situation where energy is somehow cut substantially that we’re talking about an additional tightening of the market. Under the baseline scenario, I don’t think the market will become tighter than it was in 2021.

OG: As per a paper I wrote in mid-March, high energy prices are making some paper mills close, transform their business models, and try to adjust to the market conditions, so there are tight market conditions indeed at the moment.

We know that some paper mills are fully powered by gas and that we have seen gas prices skyrocketing, which makes production economically non-attractive. Some operators and producers have decided to stop production because they are not willing to accept losses.

Now it’s a question of if customers accept higher prices and energy surcharges. Paper companies have been quite strict in their statements saying that they will stop production if higher prices are not accepted.

Importantly, the development of gas prices is more pronounced in Europe than elsewhere. Here, we are talking about a potential embargo on Russian gas that will tighten the market considerably and may lead to gas cuts for certain industries. In the US, it’s more about the prices of gas rather than the physical availability of gas. But we have global markets, and there will be some impact on the other geographies.

The report highlights that consumer spending and consumer-led industries are particularly at-risk. How do you think this could play out in relation to paper packaging?

VM: Consumer behaviour has been, and I think will continue to be, a supportive factor for the paper packaging industry.

The preference for more sustainable packaging is here to stay. On the brand owner side, companies are more willing to demonstrate their sustainability agenda by packaging their goods in a more sustainable way. But also for consumers, it is often the question: if you had a choice, would you prefer your berries to be packaged in paper or plastic?

I don’t think this trend will, or even can, change. It’s a part of the overall European agenda. It’s on the top of the agenda for companies, consumers, and politicians. It’s a mega-trend that’s here to stay.

OG: I would highlight that consumer behaviour may be driven by expectations regarding inflation. We currently see inflation rising rapidly and that could have an effect on consumer behaviour, where consumers are spending on essential needs like food but have less money available for other, head-on spending.

How might paper packaging companies change their operations to mitigate some of the downside impacts we’ve talked about here, and those outlined in the report?

VM: In the short-term, for the downside scenario, I’d say it’s nearly impossible to find a way out because you need to have gas to produce paper. There are very little short-term alternatives.

One of the companies we recently talked to mentioned plans to create a power plant next to their recycled containerboard production to be independent from any energy supply. This project will take three years to implement. In three years from now, they will be much better off, but if a cut-off of gas were to happen tomorrow, that wouldn’t help.

That can help to lessen some of the effects by putting the most energy-intensive part of the production value chain abroad, but I don’t think that this is a permanent solution. It is something that can be done for a short period of time, but it’s not a way out.

Although, in some cases, companies may have a longer period to prepare for the cut-off of gas, I don’t think there’s much producers can do overall. They will simply produce less and try to sell it at a higher price in order to safeguard their profitability.

OG: Not all of the mills run by gas. For some mills, energy is produced by the process itself. Therefore, the reliance on gas is less pronounced for companies that have mills operating in an integrated process.

For those companies who buy raw materials and energy, you have this challenge. Any shift in the production facilities is a long-term process, so that would not help in the short-term. Any investment decisions will take into account the situation at the time, but it would not help immediately.

The only short-term solution I can imagine is that multi-national companies shift production of certain products into other countries where the problem is not there. That could help, but that’s an option only for the bigger companies. The smaller players, who are only regionally active, cannot do that.