How can Deposit Return Schemes achieve success from the start? 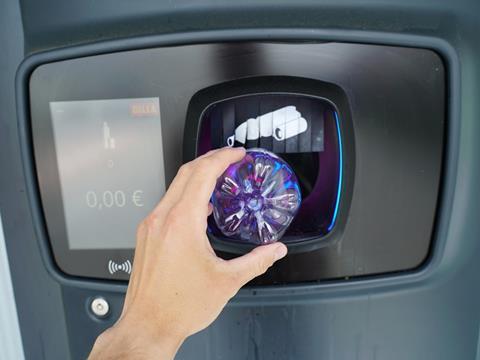 Slovakia became the 11th European country to launch a deposit return scheme (DRS) on the 1st of January 2022, with Sensoneo, a waste management solutions company, overseeing the system. Since it came online, the scheme has apparently facilitated the return of 100 million plastic bottles and metal cans by Slovakia’s population of over 5 million people in its first five months of operation. What is the process behind a successful start to DRS?

According to Sensoneo, a DRS in Slovakia was first discussed publicly in 2003. It wasn’t until 2019, however, that Slovakia defined a strategy for introducing a DRS for PET bottles, as well as metal and aluminium cans.

Slovakia’s Ministry of Environment would later establish the Deposit Return System Administrator, the managing body of the country’s DRS. Sensoneo says that four non-profit professional associations, representing producers and retailers responsible for 80% of the bottles and cans on the Slovak market, as well as approximately 3,000 commercial establishments, form the DRS consortium.

While designing Slovakia’s DRS, the Administrator apparently drew inspiration from countries where DRS have been successfully run for years, with the intention of also introducing innovative solutions that would prepare the system for future usage.

Mária Trčková, CEO of the DRS Administrator, explains: “From each functional system, we picked what we considered to be the best in specific areas, and thus we laid out the outlines of our own system. We adopted mostly the best practices from Scandinavia and Baltics.”

In Scandinavia, Denmark, Norway, and Sweden have been long-term supporters of DRS. Norway’s DRS has been operating for over 20 years, while Sweden’s scheme launched in 1984, initially for aluminium cans before being expanded for PET bottles. Meanwhile, Denmark’s DRS has a redemption rate as high as 93% for drinks containers, which means it is often highlighted as a key example to follow in planning consultations for DRS in other European countries.

In the Baltics, Latvia also launched a DRS scheme this year in partnership with TOMRA, the organisation that oversaw the roll-out of reverse vending infrastructure for Lithuania’s DRS in 2015. Estonia has the longest-running DRS in the region, implemented in 2005 by Eesti Pandipakend, with the system also being a model for other countries hoping to follow suit. For example, Scotland’s Have You Got the Bottle campaign organised a trip to Estonia in 2018 to see its DRS in action and support the campaign for the introduction of a Scottish DRS. 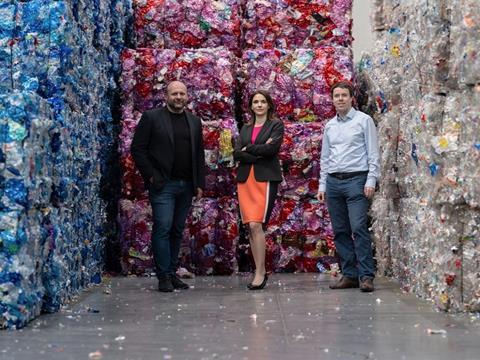 Slovakia’s DRS aims to bring key players together from across the packaging value chain. From left to right: Martin Basila, CEO and co-founder of Sensoneo; Mária Trčková, CEO of the DRS Administrator; and Peter Knaz, Take-Back Systems Division Director.

The next step was the launch of the DRS Administrator’s implementation phase in March 2021. With the consortium intending for the system to go live on the 1st of January 2022, the selection process was time-sensitive, but the DRS Administrator also emphasised the need for an innovative and high-quality solution.

According to Lucia Morvai, director of external affairs and communications at the DRS Administrator: “We were looking for a reliable and responsible partner experienced in the field of IT and digitization as well as oriented in the field of waste management.”

Peter Knaz, director of the Take-Back Systems Division, adds: “We had just 6 months to build the information system. In addition to the integration of data of all the stakeholders, we also had to integrate the data of 6 different manufacturers of various types of reverse vending machines.”

Along with drawing on successful DRS from across Europe, Slovakia’s DRS is designed to run in tandem with the country’s long-established and ongoing separate collection of plastics. As such, bringing together different players from across the packaging value chain posed a challenge the consortium sought to mitigate with collaboration and planning.

Sensoneo was selected by the DRS Administrator to facilitate the DRS, with the company’s expertise in digitalisation apparently being a major factor in the decision-making process. The company says that its reverse logistics solution will help large, nationally operating recycling companies and take-back operators to automate and optimise their daily operations as part of the DRS.

Martin Basila, CEO and co-founder of Sensoneo, comments: “By working on the DRS system, we utilize our know-how in the field of digital transformation of waste management. It is very motivating for us to participate in a project with such a positive impact on recycling.”

Despite the time pressures and value chain challenges, Slovakia launched its DRS on schedule with the system coming online on the 1st of January 2022. This was just 10 months on from the start of the implementation process. Morvai says: “The international community was really impressed by this speed.”

Engaging consumers with transparency and convenience

With Slovakia’s DRS in operation, Sensoneo is responsible for ensuring continuous access to reliable data on the scheme’s functionality, with the goal of maintaining efficient and automated operations. The company notes that it is responsible for bringing together manufacturers, distributors, collection points, carriers, warehouses, customers, and recyclers, along with Slovakia’s government, through data sharing and management.

Sensoneo explains that operations are performed in real-time, including the optimisation of transport routes and logistics in line with the goal to keep the carbon footprint of the DRS as low as possible. The company adds that data is recorded on the lifecycle of each package, making it traceable from its launch on the market until its return and recycling into new materials for use in bottles and cans.

In addition, research has demonstrated that convenience and transparency in terms of what materials are included, how the system works, and what benefits it offers are important in motivating consumers to take part in DRS. Similarly, 56% of consumers surveyed by RECOUP said they would not travel at all or any more than a mile to return their empty containers for recycling. Only 14% of participants said they would be prepared to travel more than 3 miles for a DRS.

Therefore, Sensoneo aims to execute streamlining processes in the background to continue improving the Slovak DRS over time and keep consumers engaged. Morvai explains: “Each step must be properly recorded and traceable so we can evaluate and prove the efficiency of the system. We are accountable to the producers who finance the system, to the traders who take the packaging, and, finally, to the consumers who use it.” 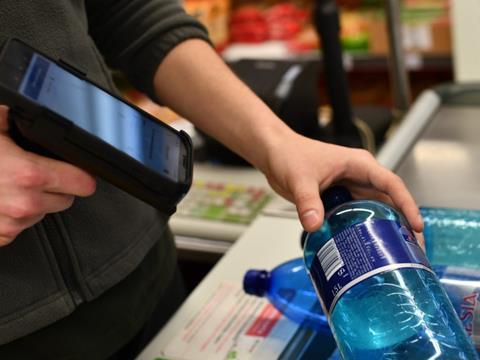 In more remote locations and small shops, consumers can manually scan containers to return them as part of Slovakia’s DRS.

Measuring success – and looking for ways to improve

Consumers can now return containers via reverse vending machines in select stores. According to Sensoneo, consumers also have the option of returning used plastic bottles and metal cans with manual scanners in small shops and remote locations.

At the moment, Sensoneo claims that Slovakia’s DRS involves over 2,400 registered collection points. Since the launch of the DRS, over 100 million packaging units have reportedly been returned, with over 2 million returns being processed a day on average. The company adds that the total value of the vouchers issued as part of the scheme so far has reached almost €15 million.

The immediate goal of the Slovak DRS is to collect at least 60% of sold packaging by the end of 2022. As Morvai acknowledges, “at the moment, it is difficult to predict what results we will achieve in the first year,” although the outlook appears positive: “given the current trend, we assume that we are on our way to reaching a level of around 70%”.

There will be a transitional period until June 2022 when deposit and non-deposit packaging are sold on the market simultaneously. Going forward, Sensoneo and other partners of the Slovak DRS will continue to work on enhancing the practicality and convenience of the scheme. According to Basila, on behalf of Sensoneo: “We look forward to the next stages that will further streamline the system.”

Morvai concurs: “We have a long way to go and many other plans on how to make the current system even more convenient and sustainable.”

Finally, there are plans to expand Slovakia’s DRS into new segments. Trčková concludes: “We are trying to further streamline logistics and gradually introduce vehicles equipped with compression mechanisms to minimize the volume of transported packaging.

“We also want to expand collection channels outside the standard stores to make DRS even more convenient for consumers.”

As for the rest of Europe, the momentum for introducing DRS appears to be growing in countries that do not yet have systems in place.

Earlier this year, NGOs including Greenpeace Italia, Oxfam, WWF Italia, and Zero Waste Italy, along with the National Association of Comuni Virtuosi, have expressed support for a mandatory DRS in Italy with the intention to draw on the success of other EU member states. After a “record year” for aluminium recycling in the UK, industry representatives have renewed calls on the government to introduce a DRS with the aim of collecting at least 90% of all drinks containers.

By 2025, representatives from the European beverage estimate that 19 EU Member States will have DRS in place for PET bottles.