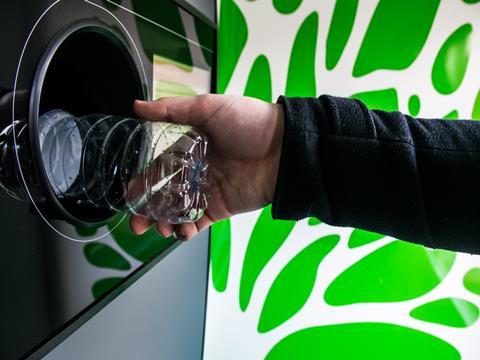 With the National Association of Comuni Virtuosi at the helm, a group of non-government organisations has joined forces to support the introduction of a mandatory national Deposit Return System (DRS) for beverage containers in Italy.

The campaign, called ‘Buon Rendere – molto più di un vuoto’, is reportedly the first national initiative calling for a DRS in Italy. The initiative includes non-government organisations such as Greenpeace Italia, Oxfam, WWF Italia, and Zero Waste Italy, among others which previously signed a joint call in November 2021 to the Draghi government and Roberto Cingolani, Italy’s Minister of Ecological Transition, to accelerate the introduction of an effective DRS in the country.

According to the group, in July 2021, the ‘Act of Simplification’ was introduced in Italy with a specific amendment stipulating that the Italian Ministry of Ecological Transition, along with the Ministry of Economic Development, must draw up the Implementing Acts for the introduction of a DRS.

The National Association of Comuni Virtuosi says that Italy needs a DRS scheme to reduce environmental pollution and to meet European collection and recycling targets, such as the Single-Use Plastics Directive (SUPD), which will require beverage containers with a capacity of up to three litres to be collected separately for recycling with a target of 77% by 2025 and 90% by 2029.

The group identifies beverage container waste as an issue a DRS in Italy could reportedly reduce by 75-80%. Overall, the group claims that the average collection rate for bottles is 94% in EU Member States with a DRS, compared to 47% in places without one.

Therefore, the group is calling for a DRS where a small deposit is added to the price of beverage containers, which is refunded when the consumer returns the container to a collection point. To align with DRS already implemented in other European countries – as well as initiatives considering a common approach to DRS throughout Europe in the future – the group adds that Italy’s DRS scheme should have a national scope, be mandatory for all producers, and cover all types of beverage container.

‘Buon Rendere – molto più di un vuoto’ aims to raise awareness among citizens, politicians, and beverage companies about the benefits of adopting a DRS. The campaign will involve petitions, surveys, public events, outreach materials, and research, according to the group. The group intends to be “a trustworthy, credible, knowledgeable voice” in debates surrounding the implementation of a DRS and to ultimately speed up the approval of a national law on DRS.

A recent survey conducted by AstraRicerche and commissioned by the National Association of Comuini Virtuosi found that 83% of Italian people are in favour of a DRS – with the group noting that, with consumer support appearing to be high, now is the right time to launch the campaign for the scheme’s introduction.

Denmark’s DRS is considered to be a successful example from Europe, with experts urging the UK Government to follow its lead when considering the introduction of a DRS. The Danish DRS uses a variable fee based on the size and composition of different containers and is inclusive of all materials, including glass, plastic, and aluminium; it reportedly has a redemption rate for beverage containers as high as 93%.

In January 2021, Renewable Matter reported that Italy was one of only three European countries that had yet to start a debate regarding the introduction of a DRS. At the time, there were allegedly DRS active in 10 European countries, including Lithuania, Germany, and Norway – also considered highly successful models. Latvia, with TOMRA providing the reverse vending machine technology, was the most recent European country to introduce a DRS, with a nationwide launch in February 2022.