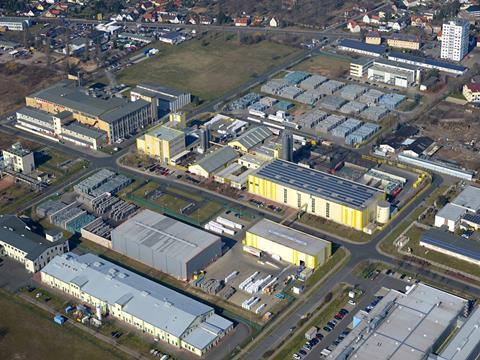 ALPLA Group says it has expanded its PET bottle recycling capacity in Germany by 75,000 tonnes annually with the acquisition of recycling company Texplast and all its shares of the joint venture PET Recycling Team Wolfen, alongside its earlier acquisition of BTB Recycling in 2021.

According to the group, the acquisition will see its annual processing volume in Germany increase by 75,000 tonnes of PET bottles, making it one of the largest PET recycling companies in Germany.

ALPLA says it is investing in the quality and availability of PET recyclate for the German ‘bottle-to-bottle’ cycle with the complete acquisition of Texplast, a Bitterfeld-Wolfen-based company previously part of the FROMM Group that produces PET pellets and flakes from used PET bottles. These pellets are primarily used for preforms for new PET bottles, while the colourful PET flakes produced during the process are used by FROMM to produce packaging strap, although its focus has apparently shifted to bottle cycle in recent years.

In addition, the joint venture PET Recycling Team Wolfen specialises in the recycling of PET bottles from ‘yellow bag’, the German bin for household recyclables. In 2019, Texlast established what it claims is a globally unique sorting and processing system at its site in Wolfen.

The most recent announcement builds on ALPLA’s acquisition of BTB Recycling in October 2021. Overall, Texplast and PET Recycling Team Wolfen have contributed 55,000 additional tonnes of recycling capacity to ALPLA’s operations, alongside 20,000 tonnes from BTB Recycling.

In total, the annual production capacity of ALPLA’s recycling companies, joint ventures, and collaborations is reportedly 203,000 tonnes of rPET and 74,000 tonnes of rHDPE.

Phillip Lehner, CEO of ALPLA, explains: “Our goal is the cycle from bottle to bottle. We are stepping up our activities worldwide to meet growing demand for post-consumer recyclate.

“This investment will strengthen our position in the German market and guarantee high quality and availability of the material for our customers.

“The long-term, and successful, collaboration with the FROMM Group was the perfect basis for this development. The acquisition enabled us to increase our capacity quickly and efficiently. And this will also help us to secure production for both sides in the future.”

Rico Seiler, managing director of Texplast, adds: “The change in ownership underlines the transformation of Texplast from a material supplier for plastic strapping to a key player in the bottle cycle.”

The acquisition was officially finalized on the 25th of February 2022. The parties have agreed not to disclose the purchase price or any further details, adding that the acquisition is subject to legal and regulatory approval.

In 2021, ALPLA announced that it would invest an average of €50 million annually in the ongoing expansion of its recycling activities, up until 2025. Last year, the company announced a collaboration with Echohelp and United Polymer Trading AG on the construction of a recycling plant in Romania, in a bid to support a local circular economy for PET.

According to ICIS, rPET prices reached record highs in Europe in January 2022, with concerns over contamination levels and global supply chain tensions tightening bale supply. ALPLA joins companies including Esterform and Biffa, Indorama Ventures, and Trinseo in establishing collaborations and acquisitions to boost PET capacity, particularly as bottle producers will be required to use at least 30% recycled content in the EU by 2030.