Announcing the finalists of the Sustainability Awards 2018! The seventeen independent judges for the leading competition for innovation in sustainable packaging have graded all the submissions over the summer – and this week Packaging Europe is revealing the top four entries in each category. The six category winners and overall Sustainability Awards 2018 winner will be unveiled at Scanpack on 23 October.

Here (in alphabetical order) are the four finalists in the ‘Best Practice’ category, which celebrates achievements by brand owners or retailers in minimising the environmental impact of their packaging:

In January 2018 Iceland became the first retailer globally to declare that it would remove all plastics from our Own Label ranges and by 2023. This was only days after the UK government announced it would act by 2042. Iceland had been working on this a year out and it coincided with the launch in February of two ranges of ready meals made from board trays not the usual CPET (Black Crystalline Polyethylene Terephthalate) which are not being recycled. Over 100m of these a year alone are used and most go into land fill along with most other plastics or end up dumped or in the sea. These take hundreds of years to break down. 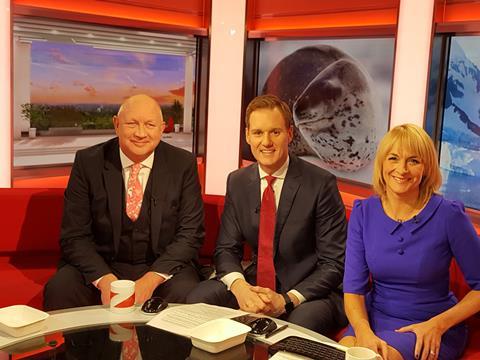 According to Iceland, it was driven to this move by a total lack of commitment by plastic suppliers, councils and government to reduce the amount of plastic entering the ocean, rivers and land fill. This together with the growing images on TV and social media of our food chain and animals being affected by dumped plastic being shown around the world.

The impact across all industries has been dramatic and many companies followed Iceland’s lead in committing to reducing plastic, including McDonalds, Ryanair, BBC in the three weeks after Iceland. Iceland proved to be a catalyst to change across all media and it was mentioned in parliament on the day of the launch. It prompted widespread talk and action to turn down the plastic tap and to recycle and reuse more. Major suppliers such as Unilever have also been stung into further action so the impact goes beyond Iceland Own Label. Action has removed plastic straws from most stores and restaurants as just one result of the new thinking. Coverage reached 1.04 billion people in three days on social media worldwide. Iceland appeared on TV and radio around the world and there was a significant response from companies wanting to help with non-plastic solutions.

Iceland sells 31,000 tonnes of plastics over the till. Own Label plastics account for 13,000 tonnes. Black plastic CPET trays (which account for 2000 tonnes) will be eliminated this year, 1700 tonnes of carrier bag material will go this year. Iceland has already re-engineered old products and any new products are now developed plastic free.

Garçon Wines has recently commissioned RPC M&H Plastics to produce a new kind of wine bottle - wine for the ‘Amazon generation’ – the innovative bottles have a flat profile while still retaining the classic shape expected by consumers. This enables the bottles to be packaged and delivered first time, through a letterbox. Reducing the carbon generated by failed deliveries also has great environmental benefits.Pack weight is crucial in mail-order/e-commerce and the award-winning wine bottles, which are produced in rPET are 87% lighter than traditional glass bottles (63g vs. 500g). Therefore, transport costs and fuel used are reduced between the bottler and the final destination, thus reducing the carbon footprint and making it a more environmentally friendly solution. 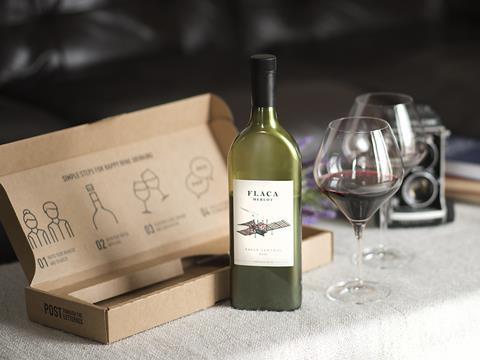 Garçon and M&H worked extensively on producing the optimal weight and wall thickness to ensure that the bottles were engineered to withstand the rigours of postal network distribution while retaining the glass like qualities of shine and clarity to best present the wines and look like the bottles consumers know and love. Using 100% rPET was key to both companies’ corporate social responsibility values and the resulting bottle is produced from post-consumer recycled PET and can also be recycled to produce further bottles. Even the closure is plastic rather than aluminium to assist the recyclability of the product, after use.Garçon Wines are currently in discussions with companies to provide a future returnable bottle scheme to allow for empty bottles to be sent/collected and recycled, thus providing a completely ‘closed-loop’ production process.

Using 100% recycled PET (rPET) to produce the new bottles is something that Garçon Wines and RPC M&H Plastics believe to be unique in the wine industry as typically only a percentage of rPET is used in the production of bottles, and most plastic wine bottles are just PET.The distribution of any product across great distances attracts significant costs and the weight considerations of transporting and distributing wine around the world contributes to the effects on the environment because of the fuel used from the vineyard to the final customer. The significant weight saving of using rPET for the bottles and the combination of reduced breakages has a great effect on the overall environmental impact and carbon footprint of these bottles.

The flat design of the product also allows for more efficient packing for transportation with fewer air-gaps in between the bottles compared to a cylindrical bottle (approximately 40% space saving). Production of the bottles in rPET also benefits in production cost and raw materials saving and is proven to be more energy efficient per unit than traditional glass bottles. This also has the potential to make a closed loop, environmentally sustainable, production system as the bottles, once used, may be recycled and used to produce further bottles.

The production of rPET compares favourably with glass (the prolific alternative with circa 37bn wine bottles produced per year) across production, transport and cost to recycle.

Plan A - submitted by M&S

Against a backdrop of a volatile and complicated world the retailer M&S is on a journey to make their business more sustainable. They believe a successful business must also be ethically, environmentally and socially sustainable. This was enshrined in Plan A in 2007 and continues with 100 more commitments made last year.

Taking a more holistic approach that addresses all the sustainability issues affecting their business and supply chains is part of the Plan A process and designed to equip the business for a future in which success is measured in staying relevant for customers whilst leaving the planet in a better place.

M&S are committed to helping to build a sustainable future by being a business that enables their customers and staff to have a positive impact on wellbeing, communities and the planet.

Ten years ago, they launched Plan A. 100 commitments were made to tackle five big issues - climate change, waste, resources, fair partnerships and health. These issues are still as relevant as ever and are at the heart of Plan A. In June 2017 Plan A 2025 was launched which strengthens the commitment to address these issues with 100 bold new targets. Crucially, it forces the business to address questions which don’t yet have answers. 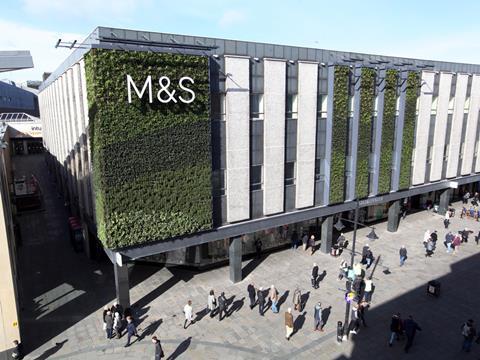 In terms of packaging it is about creating all their packaging with the circular economy in mind. Four key steps. Reduce the materials used as much as possible whilst keeping product integrity, reusing packaging where possible, making all the packaging widely recyclable by 2022 and to develop a road map by 2022 to move all plastic to one plastic status.

M&S have already an 85% widely recycled status (by weight) and reduced polymers used to 4. They are also removing all single use plastics from their food service and working with suppliers to further curb the use of unnecessary plastics. The important factor here is that Plan A is part and parcel of the way the company does business and is not simply a headline maker.

This is Forward Circular Economy – submitted by Coca-Cola Western Europe

In October 2017 The Coca-Cola Company in Western Europe and Coca-Cola European Partners launched a joint Sustainability Action Plan, This is Forward. Coca-Cola is taking action on sustainability by using its business and its brands to build a better future, for people and the planet.

Sustainability is at the heart of Coca-Cola business and a tremendous progress has been made but more can be done, especially in Packaging. As a leader in the industry, it has both the strength to act and the responsibility to set new standards for sustainability packaging under the Circular Economy approach. 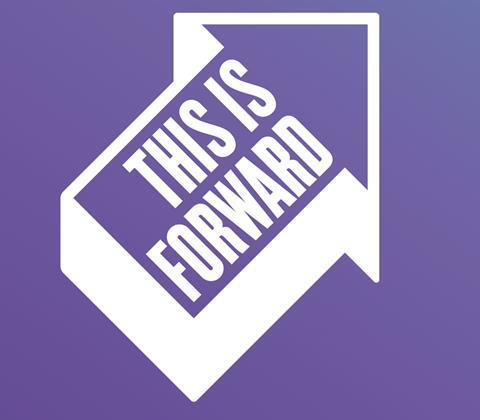 This is Forward is focused on three leadership priorities: Drinks, Packaging and Society. For Packaging this is the Plan by 2025:

These commitments on Packaging are not only intentions but real plans embedded in its Business Strategy and committed at Top Management level, work-in-progress at this moment. These steps will ensure a positive impact wherever it sells its drinks and with the packages it put in the market.

These are the impacts planned with The Sustainability Action Plan for Packaging:

Want to be the first to know the winners of the Sustainability Awards 2018? You’re welcome to join us at the Awards ceremony and the Sustainable Packaging Summit at Scanpack in Gothenburg on 23 October 2018. Contact Packaging Europe by email or Twitter for details.