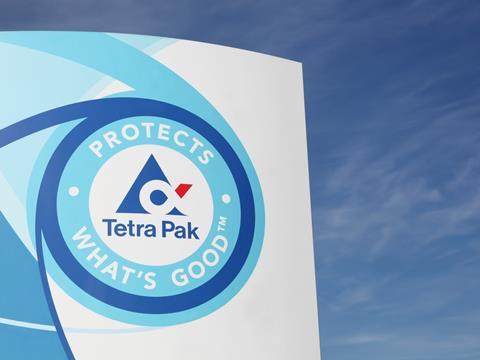 Tetra Pak has announced plans to test a fibre-based barrier as a replacement for the aluminium layer in its food cartons distributed under ambient conditions.

According to Tetra Pak, the aluminium layer currently used in food carton packages plays a critical role in ensuring the food safety of the contents but contributes to a third of the greenhouse gas emissions linked to base materials used by the company. The aluminium layer also means that Tetra Pak cartons are rejected from or not accepted in paper recycling streams in some locations, with the recycling rate for these types of cartons reportedly being around 20%.

Tetra Pak says it initially conducted a commercial technology validation for a polymer-based replacement for the aluminium layer in Japan, starting in late 2020.

The 15-month process apparently helped the company to understand the value chain implications of the switch to a polymer-based barrier, as well as quantify whether the solution offers a carbon footprint reduction and confirm adequate oxygen protection for vegetable juice. The company claims that the polymer-based barrier is aimed at increasing recycling rates in countries where recyclers favour aluminium-free cartons.

Tetra Pak is now planning to incorporate the learnings from this previous trial while testing a new fibre-based barrier in close collaboration with some of its customers.

The company adds that its research suggests approximately 40% of consumers would be more motivated to sort for recycling if packages were made entirely from paperboard and had no plastic or aluminium. However, Tetra Pak has yet to say how the fibre-based barrier will impact the recyclability of its cartons, so it is currently unclear whether this is a recyclable solution.

Gilles Tisserand, vice president of climate and biodiversity at Tetra Pak, comments: “Early results suggest that the package with a fibre-based barrier will offer substantial CO2 reduction when compared to traditional aseptic cartons, together with comparable shelf life and food protection properties.

“We believe this development will therefore act as a breakthrough in reducing climate impact. In addition, cartons with higher paper content are also more attractive for paper mills; thus, this concept presents clear potential for realising a low carbon circular economy for packaging.”

Eva Gustavsson, vice president of materials and package at Tetra Pak, adds: “Addressing complex issues such as climate change and circularity requires transformational innovation. This is why we collaborate not just with our customers and suppliers, but also with an ecosystem of start-ups, universities and tech companies, providing us access to cutting edge competences, technologies and manufacturing facilities.

“To keep the innovation engine running, we are investing €100 million per year and will continue to do so over the next 5 to 10 years to further enhance the environmental profile of food cartons, including the research and development of packages that are made with a simplified material structure and increased renewable content.

“There is a long journey ahead of us, but with the support of our partners and a strong determination to achieve our sustainability and food safety ambitions, we are well on our way.”

Earlier this year, UK retailer Morrisons announced plans to move its own brand fresh milk products from HDPE bottles to Tetra Pak cartons, which the company claims are carbon neutral and could eliminate 100 tonnes of plastic per year. The move was criticised by some due to the uneven recycling infrastructure for Tetra Pak cartons compared to HDPE, which is widely recycled.