How will the war in Ukraine affect the paper and pulp industry? 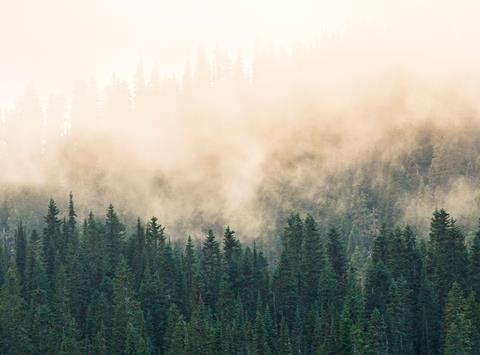 It will come as no surprise to readers that Russia’s invasion of Ukraine has negatively affected the supply of raw materials used in packaging throughout Europe. Given the status of Ukraine and Russia as key suppliers of timber, with exports alone worth in excess of €12 billion, it’s clear that the paper packaging industry could be acutely affected by the crisis. We caught up with Cepi, a European association representing the paper industry, to learn more.

What effects can and will the war in Ukraine have on the European paper industry?

It is still difficult to assess what the overall impact of the war in Ukraine will be on the European pulp and paper industry, as it will depend on how the conflict develops and how long it lasts.

A first short-term effect of the war in Ukraine is that it is creating instability and unpredictability in the trade and business relations between the EU and Ukraine, but also with Russia, and to some extent Belarus. Doing business with these countries will obviously become more difficult, not only in the coming months but in the foreseeable future. This will have an economic impact, which is still very difficult to assess.

Particularly, the exclusion of Russian banks from SWIFT and the dramatic plunge of the Rouble’s exchange rates are likely to lead to far-reaching restrictions on trade between Russia and Europe. In addition, possible sanctions may lead many companies to halt business transactions with Russia and Belarus.

A couple of European companies also have assets in paper production in Ukraine and Russia which may be threatened by today’s chaotic situation.

Which countries will be most affected and why?

Some pulp and paper producing countries will be more affected than others.

Ukraine first, and its commercial partners. Finland (20%), Germany (15%), and Poland (13%) represent together about half of the EU’s paper and board exports to Ukraine, with some 212 000 tons of products. They are closely followed by Hungary (10%), Austria (9%), and Sweden (8%). Germany and Sweden account for 55% of the EU pulp exports to Ukraine. The war will stop these exports, temporarily at least.

Finland and the Baltic States’ exports might also indirectly suffer because of the borders these countries share with Russia. As pulp and paper trade flows between the EU and Russia are quite large, any restrictions to the bilateral trade of goods could impact EU pulp and paper industry significantly. Finland is by far the main exporting country to Russia when it comes to paper and board, representing 54% of all EU exports to this country. Germany (16%), Poland (6%), and Sweden (6%) are also exporting paper and board to Russia, but at much lower volumes. As for pulp, close to 70% of the EU exports to Russia are originating in Finland (45%) and Sweden (25%).

In any case, neighbouring countries, including Poland and Romania, as well as their industries, are also going to feel the impact of the war in Ukraine, mainly because of the economic disturbance and overall instability it creates.

Do you expect any embargos which might affect the paper industry?

Sanctions already in place are primarily targeting individuals and various financial institutions in Russia. At the time of writing, it is still unclear whether Russia will impose restrictions on the trade of goods with the EU and which sectors they would target. The countermeasures adopted by Russia to date are aimed at limiting the possibility of transferring foreign currency abroad, and the possibility of foreign investors and foreign capital leaving the country.

If we might expect a symmetrical response from Russia to trade bans already enforced by the EU, it is good to note that there is not, as far as we know, any EU or national embargo affecting pulp and paper trade to date. Looking at precedents to the current situation, it should be noted as well that the invasion and annexation of Crimea in 2014 did not lead to any ban on pulp and paper imports by Russia.

It remains that any restriction on the trade of goods could substantially affect the paper industry and we will have to remain vigilant as the situation could evolve in many ways and restrictions on wood and wood-based products could be included in the sanctions by either EU or Russia.

Is the paper industry concerned about gas or other prices that might rise further?

The paper industry is an energy-intensive industry and, for that reason, current energy prices are a concern. The EU Commission’s Green Deal and the carbon net-neutrality 2050 target, which is supported by Cepi, will lead to higher energy prices and carbon costs. The war in Ukraine and the related sanctions will add to this trend and further increase energy prices, which have reached very high levels already today.

Locally, energy prices and availability might be further impacted by the fact that some regions in the EU are highly dependent on the supply of Russian natural gas. To compensate for this, access to clean and affordable energy should be one of the EU’s top priorities. The paper industry expects concrete and prompt support measures from the EU and national authorities.

How can and will paper producers react to this situation?

Employee security is a top priority for European paper companies and the first thing done by EU companies have been of course to take care of their employees in the mills and sales offices in Ukraine but also Russia. A second priority has been to assess the immediate and possible future impacts of this crisis on activity and supply chains, and to adjust to a fast-changing situation.

That is something Cepi supports by providing timely data, aggregated at European level and ensuring that all lines of communication are open between the EU administration and the pulp and paper industry in these times of crisis.

How much paper and board does the EU export to and import from Russia and Ukraine?

When it comes to Russia, this is another story. Around 900,000 tonnes of paper and board are imported by Russia from the EU, while Russia exports close to 700,000 tonnes to the EU. Regarding pulp, EU-Russia trade is quite balanced with around 400,000 tonnes traded in total.

Which are the most important paper and board grades as well as raw materials that are imported from Russia or Ukraine?

Regarding Ukraine, around 75% of its paper and board exports to the EU are going to Poland, Romania, and Bulgaria. It is mainly cartonboard, wrapping paper, and sanitary and household paper.

Close to 700 000 tonnes of paper and board are exported by Russia to the EU. Italy (23%), Germany (19%) and Poland (8%) account for 50% of the Russian exports to the EU. Around two-thirds are packaging grades, with containerboard representing 43% of all exports.

In the context of high demand for wood in Europe, it is good to be reminded that those imports have been affected by a series of wood export restriction measures imposed by Belarus, Russia, and Ukraine over the last years. These three countries account for close to 75% of all EU wood imports and the restriction measures have significantly impacted EU wood markets and wood availability.

In relation to Belarus, the EU Council has very recently introduced further restrictions in the trade of wood products. It is however still unclear what “wood products” exactly mean in the context of the document detailing the sanctions.

The Ukrainian wood export ban introduced in 2015 on all unprocessed wood is still in place despite the fact it is in breach of the EU-Ukraine Association Agreement, which explicitly forbids export prohibitions and with which Ukraine agreed to comply.

Regarding Russia, a complete ban has been enforced since January 1st, 2022 on exports of unprocessed coniferous roundwood. Belarus has been using discretionary wood export licensing since 2017, in replacement of its former roundwood export ban, which had been put in place in 2015.

The current crisis will not help resolve these problems and the EU has access to wood from these three countries.

Are the roads from Russia to the EU blocked? Are transports already impacted?

As for maritime roads, our understanding is that the Ukrainian seaports of Odessa and Mariupol are closed and damaged because of the fighting. International maritime traffic off the coast of Ukraine is also completely blocked. At the beginning of this week, The United Kingdom has asked its ports authorities not to provide access to any ship which is owned by Russian companies, flying the Russian flag or registered in Russia.

Finally, we expect fuel prices to further increase because of the current situation, which will lead to even higher costs for all modes of transport.

Cepi notes that these observations are based on publicly available information and do not represent a forecast of markets in the paper and pulp sector, or of future relations between competing companies.