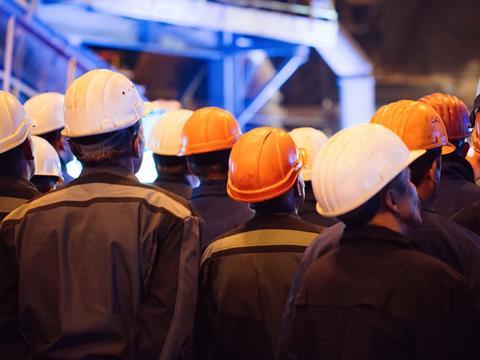 On Friday, the Paper Association union announced that it would unanimously approve the settlement proposals from UPM, bringing a 112-day strike at one of the European label industry’s largest suppliers to an end with new company-specific collective agreements.

On Thursday, a conciliation proposal was put forward to the Paper Association, the union overseeing the strike by UPM’s Finnish workers. This followed a rejected proposal the week before, which the Board of Directors of the Paper Association said would only have covered half of its members at UPM.

The contract period of the new agreements is four years. The Paper Association says that wage increases will follow the industry standards with a 2 + 2 year model, meaning wages increases will be renegotiated after two years.

The Paper Association notes that the main goal of negotiations was to keep working conditions in the industry consistent in the current model of company-specific agreements. The strike commenced on the 1st of January 2022 after union workers expressed concern that UPM’s plans to split employees into five business groups would undermine collective bargaining power and organised labour.

In a statement on the resolution, Petri Vanhala, president of the Paper Association, says: “The strike lines lasted the entire 112-day strike. Thanks to you, a collective agreement has now been reached for all of UPM’s industries.

“The paper union is relieved that the union can continue intact and strong despite the long strike. The cornerstones of the collective bargaining agreements did not break, even though UPM’s targets were tough. The ranks of the members remained tight.

“We also thank all the other trade unions that have supported us and the unions for their background support and financial support to the Confederation of Finnish Industry.”

UPM, which has also accepted the settlement, adds that the new agreements are structurally less complicated than before. The company explains that a major change presented by all the business-specific agreements is the substitution of periodical pay with hourly pay. This will apparently make it easier for formulate pay, which, based on the new collective labour agreements, will also take learning and performance at work into account.

The settlement also includes more specific agreements for each of the five business segments. UPM Pulp, for example, has agreed on switching to uninterrupted 365-day running of the pulp mills and more flexible use of its workforce during long maintenance shutdowns. At UPM Biofuels, the parties agreed on arrangements that reportedly enable the refinery to be kept in a production-ready state, instead of a complete ramp-down.

Riitta Savonlahti, executive vice president of Human Resources at UPM, comments: “UPM and the union have made history together by agreeing on five business-specific collective labour agreements, which replace the paper industry´s old agreement stemming from the 1940s.

“UPM’s long-standing goal has been to take collective bargaining to a level where the conditions of the work are best known, i.e. the individual businesses.

“The negotiations lead to agreements that benefit both the businesses and the employees and strengthen the premises for success well into the future.”

Jyrki Hollmén, vice president of labour markets at UPM, adds: “In the negotiations, many aspects of the contracts were viewed from a totally new standpoint.

“The process was long but, in the end, we were able to agree on terms of employment that take the needs and special features of our businesses into account. New terms enhance the productivity and competitiveness of the businesses and mills as well as ensure good terms for employees, too.”

UPM mills are one of the largest suppliers of release papers, the back material that serves as a carrier for labels unit they have been applied to packaging, and there has been escalating concern over the last four months that the strike would exacerbate supply shortages across the label industry.

Earlier this month, FINAT wrote to the European Commission with the warning that strikes could impact essential downstream sectors like food and pharmaceuticals, as label industry lead times had exceeded five months. At the time, FINAT also expressed concern that raw material prices would surge and labelling companies would be forced to properties deliveries. The organisation called for urgent action from the European Commission to mitigate the impacts of the label industry’s supply chain crisis.