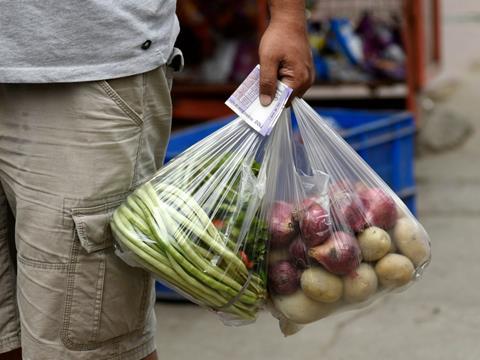 India’s Ministry of Environment, Forest and Climate Change has announced that from the 1st of July 2022, the country will ban select single-use plastics, including cutlery, straws, carrier bags, and trays, that it claims have “low utility and high littering potential”.

The parameters of the ban

The Ministry of Environment, Forest and Climate Change apparently notified the Plastic Waste Management Amendment Rules of its plans to begin phasing out single-use plastic on the 12th of August 2021.

From the 1st of July 2022, a ban on the manufacture, import, stocking, distribution, sale, and use of identified single-use plastic items will now be implemented across India. According to the Ministry, the ban will target single-use plastic items that it considers to have low utility and high littering potential in both terrestrial and aquatic ecosystems.

The Ministry says that the single-use plastics included in the ban will be earbuds and balloons with plastic sticks, plastic flags, sweets and ice cream sticks, polystyrene used for decoration, plastic cutlery and tableware, straws, trays, wrapping or packing films around sweet boxes, invitation cards, and cigarette packets, plastic or PVC banners less than 100 microns, and stirrers.

In addition, the Ministry says it notified the Guidelines on Extended Producer Responsibility (EPR) as to how it would be impacted by the new Plastic Waste Management Amendment Rules in February 2022. According to the Ministry, the Guidelines on EPR will provide a framework aimed at strengthening a circular economy for plastic waste, promoting the development of new alternatives to plastic packaging, and offering next steps for businesses looking to adopt sustainable packaging solutions.

The Government of India claims it will also take steps to promote innovation and provide an ecosystem for the accelerated integration and availability of alternatives to banned single-use plastics across the country. It adds that it has already taken measures to raise awareness around the impacts of single-use plastics with campaigns bringing together entrepreneurs, start-ups, regulatory bodies, research & development and academic institutions, industry experts, citizens’ organisations, and Central, State, and Local Governments.

India’s Government adds that national and State level control rooms will be set up with special enforcement teams that will check for the illegal manufacture, import, stocking, distribution, sale, and use of the banned single-use plastic items. States and Union Territories have reportedly been asked to set up border checkpoints across India to stop the inter-State movement of single-use plastic items that will be prohibited from July 2022.

“The success of the ban will only be possible through effective engagement and concerted actions by all stakeholders and enthusiastic public participation,” the Ministry of Environment, Forest and Climate Change concluded in a press release announcing the ban.

On the 1st of January 2022, the French Government introduced a ban on single-use plastic packaging for fruit and vegetables, having set out plans to do so in October 2021. The ban initially applies to select vegetables and fruits, with a more gradual introduction for products like salads leading up to 2026. Fruit and vegetables sold in lots of 1.5 kg or more, as well as those at risk of deterioration if sold in bulk, are exempt from the ban. The French Government says that it expects to see a 1 billion reduction in packaging per year as a result of the ban.

The French Government’s ban was met with a mixed reaction from the packaging industry. Robert Lilienfeld, founder and executive director of sustainable packaging think tank SPRING, argues that plastic packaging for fresh produce is needed to extend shelf life and reduce food waste, especially when it is transported over long distances.

Lilienfeld suggests that the carbon footprint of produce that is spoiled and thus unusable is higher than that of produce wrapped in plastic that can be sold and consumed thanks to its extended shelf life. According to Lilienfeld, blanket bans on single-use packaging reflect potentially misinformed public attitudes toward plastic, and he posits that a more effective approach would be to start at the top of the packaging hierarchy to reduce waste with design and testing.

Similarly, Sébastien Jacques, public affairs manager at ELIPSO, an association representing plastic packaging manufacturers in France, says that packaging for fruit and vegetables has been carefully developed with produce-specific protection requirements in mind, as well as accounting for transport and logistics, ease of use, and costs for consumers. Jacques cautions that bans on single-use plastic packaging can lead to the introduction of solutions that are non-recyclable or have a higher environmental impact, distracting from other sustainability initiatives such as the shift to mono-materials.

However, Emma Samson, marketing communications manager at Searious Business, believes that the French ban is an “important step in our battle against excessive packaging”, adding that it could motivate producers and suppliers to invest in new, zero-waste solutions that extend shelf-life and reduce CO2 emissions. With regards to food waste, Samson suggests that single-use packaging bans could actually have a positive impact, encouraging consumers to only buy what they need, which is apparently easier when produce is sold loose.

India’s ban on single-use plastic does not yet apply to more sensitive applications like fruit and vegetables, but will ban similar items – including cotton buds, straws, plastic plates and cutlery, and balloon sticks – prohibited by the European Union since July 2021.

The implementation of these bans and the wider Single-Use Plastic Directive (SUPD) has been criticised by EuPC, which claims that a lack of consistency between Member States has led to the rules being applied unevenly between locations and may even be fragmenting the value of the single market. While a number of organisations across Europe have expressed support for the SUPD, there have also been mixed responses with concerns relating to harmonisation, the timeline for applying the new rules, and whether plastics are being subject to blanket and unfair penalisation.

Other countries set to follow India in banning some single-use plastics include Canada, which will prohibit the manufacture, import, sale and eventually export of six single-use plastic types (checkout bags, cutlery, foodservice ware, ring carriers, stir sticks, and straws) starting in December 2022. Spain is also expected to introduce a ban on plastic packaging for fruit and vegetables weighing less than 1.5kg, similar to France’s policy, from 2023.