Taking a critical look at the French plastic packaging ban 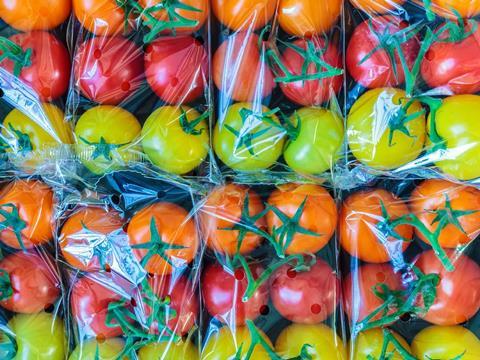 Earlier this month, the French Government announced plans to ban fruit and vegetables from being sold in plastic packaging from 2022.

Writing exclusively for Packaging Europe, Robert Lilienfeld, founder and executive director of sustainable packaging think tank SPRING, looks at some of the potential unintended negative consequences of this move.

Globally, well over sixteen billion units of a certain type of single-use plastic package were thrown away in the past year. Even though they are made primarily of polypropylene, a common plastic used in much food packaging, these packages are rarely, if ever, recycled.

Further, improper disposal of the packages can lead to irritation, wounds, and infections. Many municipalities have even enacted laws that consider these packages to be hazardous waste, rather than household waste.

Given the potential for environmental and social harm, should we ban this type of packaging?

If we did, almost four billion people would not have received COVID vaccinations. Statistically speaking, that would have led to an additional 16 million deaths globally, over three times more than have already been recorded.

It should be fairly obvious by now that we’re talking about syringes.

Of course, we’re not about to ban them! We implicitly believe that the benefits associated with this type of package – and, yes, a syringe is inherently a package – far outweigh the costs of both proper and improper disposal.

Further, if improper disposal were to become a significant problem, we would find solutions to minimize it, most likely through fines and/or other appropriate legal sanctions aimed at the specific perpetrators. But again, we would not ban syringes, at least until we had a more circular option that was scalable and widely available.

With all of this in mind, let’s look at the recent French ban on plastic packaging associated with fresh produce.

What problem does this ban solve?

The answer is relatively simple: It eliminates single-use fresh produce packaging made from plastic films, which are not widely recyclable or reusable.

But what problems will such a ban cause?

Many in the packaging industry would argue that plastic films eliminate contamination due to constant touching by retail customers and market personnel. They may also provide instant portion control and convenience and can be reused for pet cleanup and bathroom trash bags.

But the real value, both environmentally and economically, is the ability of films to reduce food waste. For example, cucumbers sold in bulk might last up to five days, while those wrapped in plastic can stay fresh for up to 14 days. For those who do not or cannot shop and prepare the same day, this is a huge advantage. (So is the fact that the wrap makes it possible to buy English cucumbers here in Denver in fresh condition, and on a relatively year-round basis.)

Want proof of the value that packaging brings to reducing food waste? Here is a great quote from a recent (and highly regarded) European study (February 2020) entitled Food Packaging Sustainability:

“On average, the carbon footprint of the packaged product (production, distribution) is about 30 times higher than the carbon footprint of packaging itself. In other words, only about 3.0-3.5%of the climate impact of packaged food, on average, comes from the packaging process itself. It follows from this: If (due to the protective function of packaging) on average more than 3.5% of food waste is avoided, then the use of packaging has paid off from a climate protection perspective.”

“For example, within the area of intelligent packaging, implementation of Consume Within Indicators and edible antimicrobial packaging can each prevent about €400 million annually in food waste from the produce industry.”

Finally, rather than pointing fingers at the fresh food supply chain, let’s realize that no one wants to use excess, value-less packaging. Doing so just leads to a needless expense that growers, distributors, and retailers would work to eliminate. Thus, even if we are not always personally aware of the value, there are probably good reasons for the supply chain to adopt fresh food packaging.

What should be done instead?

Rather than simply reflecting public sympathy, well-meaning legislators must start at the top of the sustainable packaging hierarchy, rather than at the bottom. This means stating the significant problem to be solved, developing solutions, testing them, and expanding those that actually benefit society, the environment, and the economy.

Dr. Calvin Lakhan, Professor of Environmental Studies at York University in Ontario, Canada, was asked by me to sum up his thinking regarding these bans. He stated, “When we talk about going after the big targets that can help us achieve our carbon abatement and climate mitigation goals, food waste is what we should be prioritizing, not eliminating packaging. In the pursuit of sustainability, France is doing the exact opposite. This highlights the superficial understanding that policymakers have with respect to sustainable packaging design and is a reminder that we need to adopt life cycle thinking when developing informed policy.”

Bob wishes to thank Dr. Swati Sood of the Indian Institute of Technology, and a SPRING researcher, for her help in producing this article. Drs. Sand and Lakhan also work with SPRING.