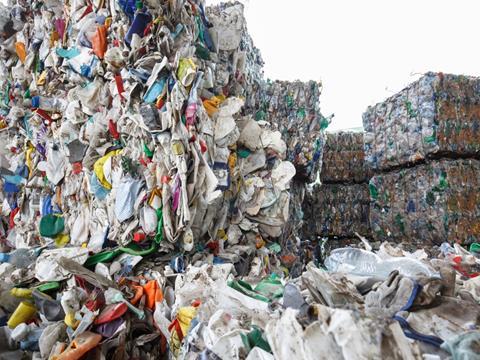 Signatories of the joint letter include APEAL, AIJN, CEFLEX, EUROPEN, EuPC, EuPIA, FEVE, FINAT, Pro Carton, and Plastics Europe – bringing together representatives across packaging applications, including food and beverages, and materials such as adhesives, metals, plastics, and glass.

The letter begins by identifying the European Single Market as “one of the EU’s greatest achievements” as the 30th anniversary of its establishment approaches in January 2023. According to the signatories of the letter, the Single Market is key to driving the growth and integration of the EU economy, while enabling greater economies of scale and maintaining Europe’s global competitiveness. The Single Market also harmonises consumer safety and environmental protection, the organisations add.

The organisations continue by acknowledging the challenges currently facing Europe, with a particular focus on the transition to a circular and climate-neutral economy. Codified by the European Green Deal, the EU is aiming to be climate-neutral by 2050, while other legislation such as the Single-Use Plastics Directive (SUPD) and Packaging and Packaging Waste Directive (PPWD) has set targets for reducing plastic waste and increasing recycled content over the next few decades.

As the letter explains, these targets invariably impact the packaging industry and require comprehensive changes to be implemented across value chains. “Packaging is an integral part of a product supply chain, and measures that relate to packaging affect most goods traded within the EU,” the signatories write. While “the packaging industry, the consumer goods industry and downstream operators understand this imperative and are fully committed to resource-efficient circularity goals,” the letter warns that current modes of implementation are a potential barrier to the successful transition to a circular economy.

According to the organisations, EU Member States are “introducing unilateral and often divergent requirements” on packaging design, manufacturing, and labelling. The letter suggests that these measures are implemented pre-emptively, anticipating rather than accurately responding to “forthcoming legislative develops at EU level”.

An example provided by the signatories of the letter relates to the labelling of packaged goods to aid with collection, sorting, and recycling. The organisations say that labelling requirements at the national level are often introduced at short notice with some countries failing to notify as required by Single Market rules.

Meanwhile, variations between labelling requirements in different countries can apparently result in suppliers having to ship unsold goods over longer distances in order to re-label them before distribution. The signatories add that this could lead to more emissions associated with supply chains due to increased fuel consumption during transit.

Differing labelling can also confuse consumers, undermining their ability to sort packaging waste properly and potentially reducing recycling opportunities, the organisations claim. Therefore, the organisations say that discordant labelling policies between EU countries act as “a case in point” as to how uneven implementation of the European Green Deal and other legislation could fragment the Single Market.

Overall, the organisations say that disparate requirements for packaging mean that producers must change designs for Internal Markets, diverting attention and investment away from research, design, and traceability that focuses on sustainability, circularity, and meeting legislative targets. This reportedly results in greater production costs for the packaging industry, which could translate to adverse effects on prices for consumers.

In addition, the organisations suggest that this could lead to resources being wasted where packaging that does not fit with national regulations cannot be placed on the local market and, in some cases, goods such as fresh produce may have to be disposed of. This generates waste across the supply chain, impacting retailers, distribution centres, factories, packaging producers and suppliers, and consumers, according to the organisations.

The organisations caution that this could undermine the economies of scale that characterise the Single Market and result in its fragmentation, with potentially serious consequences for packaging and its related industries.

“Fragmentation of the Single Market due to countries taking divergent measures is […] hampering EU industry’s aspiration to lead the transformation towards a more sustainable economy,” the organisations explain in the letter. With additional demand on resources and a diversion of focus away from regional targets, the lack of harmony between national packaging requirements allegedly undermines Europe’s transition to a circular economy. Additionally, with the Single Market under threat, the organisations say that Europe’s economic resilience could be tested.

According to the letter: “Preserving the integrity of the Single Market is key to ensuring that packaging materials and packaged goods can move freely around the EU, thus avoiding negative impacts on consumers, companies, the environment and on the resilience of essential systems, such as the food and pharmaceutical sectors.”

The letter’s proposed solution involves the European Commission’s intervention to ensure a harmonised circular economy across all EU Member states: “In light of this, the undersigned associations call on the EU to create one single circular economy not 27 separate ones, underpinned by an integrated Single Market.

“We call on the Commission to take robust and rapid action to tackle national packaging legislation infringing Single Market principles and Article 18 of the Packaging and Packaging Waste Directive. Cooperation rather than unilateral and uncoordinated national action surely represents the best way forward.”

One of the signatories of the letter, EuPC, has previously expressed concern over the uneven implementation of the SUPD. EuPC says that the SUPD was introduced in a hurry by Member States, with the European Commission only publishing guidelines on the scope of the legislation four months before the deadline, and that banned materials and packaging types vary largely between countries, resulting in a “patchwork of packaging laws”.

Alexandre Dangis, managing director of the EuPC, said at the time: “These divergent national measures can, and in some cases already are, undermining the integrity of the Single Market and thus the basis for prosperity in the EU and an important prerequisite for achieving the ambitious circular economy targets.”

As reported by Moody’s, Europe is facing significant economic uncertainty at present. With energy and raw material prices already rising, Russia’s invasion of Ukraine has introduced further strain, and Moody’s predicts a recession in the case that the energy supply between Russia and Europe is cut completely by either agent. The joint letter from packaging industry representatives emphasises the importance of the Single Market in maintaining Europe’s economic resilience, which could point to wider concerns over balancing sustainability targets with sourcing materials, optimising logistics, and covering input costs in the current climate.