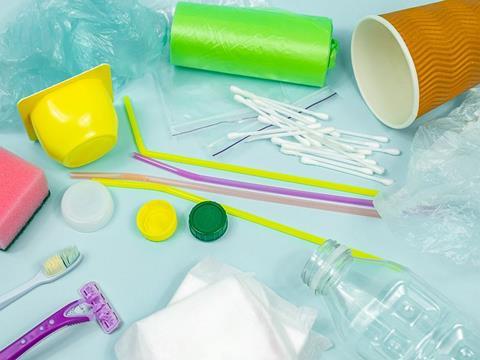 EUROPEN: Support with some reservations

Noting the adoption of the Single-Use Plastics (SUP) Directive by the European Parliament EUROPEN supports the EU’s overarching objectives of taking bold action against litter and marine litter in particular and raising awareness about this problem among EU citizens and globally. EUROPEN calls on the European Commission and Member States to clarify without delay the provisions in legislation that remain ambiguous in order to ensure unified implementation across Europe.

EUROPEN also calls on EU policymakers to focus their future work on ensuring coherence among the various (existing and upcoming) EU laws that regulate the production and use of packaging as well as the management of packaging waste in Europe.

EUROPEN regrets that the SUP Directive does not provide an EU harmonised approach, presenting a serious risk for the Internal Market. For instance, it will allow Member States to adopt unilateral bans on specific packaging applications to reduce consumption of certain items which remain poorly defined in legislation. Therefore, there is a risk that different national interpretations will impede the Internal Market.

We call on EU policymakers to develop evidence-based implementation guidance on the unclear terms without delay. Nonetheless, we welcome the requirements that such measures are subject to certain conditions and must be proportionate, non-discriminatory, and pre-notified to the European Commission. We call on the European Commission and Member States to ensure that all national, regional and local measures to implement the SUP are notified to the Commission in accordance with the Directive.

EUROPEN and its members have long been strong advocates of Extended Producer Responsibility (EPR) schemes as an essential component of waste management in Europe and consequently supported the adoption of EU minimum requirements in the revised Waste Framework Directive. Although we deplore the lack of policy coherence in having these requirements now dealt with through two different legislative texts, EUROPEN welcomes the SUP Directive recognition that “the fight against litter is a shared effort between competent authorities, producers and consumers”.

Accordingly, it is now essential that the Commission develops EU-wide guidance for clarifying and delineating the allocation of litter clean-up costs urgently, in order to ensure a harmonised, proportionate and transparent implementation of the measure in Member States.

“Looking ahead, our collective priority must now be to ensure as much uniformity as possible in the implementation of the SUP and resolve these legal uncertainties resulting from an unprecedentedly rushed legislative procedure”, said Hans van Bochove of Coca-Cola European Partners and EUROPEN Chairman. “The packaging value chain is committed to innovating for sustainability. This will require investments at scale. For this to happen, business needs clarity on the applicable rules and a coherent, long-term and stable EU policy framework. One single EU Circular Economy is preferable to 28 or 27 different ones,” underlined Van Bochove.

EuPC, while acknowledging the need for a clean environment and seas, still considers this legislative act and the text flawed, both on merit and on the procedural steps to hurry the overall legislative process.

Alexandre Dangis, EuPC Managing Director: “We regret the adoption of such a regulatory act, discriminating a material that has a crucial role in solving the current challenges for society globally in the decades to come. This vote will have a direct negative environmental impact and thousands of job losses all over Europe. It furthermore dictates countries and people how to live and change consumption habits without focusing on what’s key, namely education and anti-littering behaviour. Littering will continue but with other products. Regrettably, no proper impact assessment or LCAs have been done within the extraordinary short timeframe as EU politicians carried on the wave of fighting for so called good cause.“

Following the approval of the text of the Directive by the European Parliament, the Council will adopt the text without debate at a future meeting. As originally planned and recommended by the Commission, the publication in the Official Journal of the EU is now expected in April/May 2019, just in time before the European elections.

The IK supports a committed approach against waste into the environment and especially into the oceans.  However, the directive was whipped through in a rush with a focus on bans, and we see little potential from it to solve the problem in a sustainable. The discussions on plastics are currently too emotionally charged and the fact that we face a variety of challenges worldwide is often overlooked.

We can only tackle the issue of marine waste by working together both worldwide and locally. In Europe we have to deal with the end of landfills and in Germany, one of the challenges is a further improvement in recycling.

Plastic has become a buzzword synonymous for the inferior, the artificial and the harmful. A differentiated view is urgently needed. After all, plastic in itself is not the problem, but it is part of  potentially vital solutions. We reject packaging that is not needed, i.e. one that does not fulfil any task, such as protecting the packaged goods. We also reject oversized packaging. The industry itself has an ecological and economic interest in minimising the use of resources.

However, reducing materials used to conserve resources is not tied to a single material. Our consumption does not automatically become more sustainable if we stop using plastic packaging. Here lies the great danger in the current populist-driven discussion, which is given a further boost by the directive. After all, climate protection is more than a bans on plastics. In fact, plastic applications often contribute to a reduction in CO2 emissions, saving fuel, energy and water. It goes without saying that they must not end up in the environment at the end of their life. From the IK's point of view, an anti-littering directive would therefore have a greater impact on waste management and on effective environmental and climate protection.

PlasticsEurope fully endorses the objective of stopping waste of any kind, including plastic waste, from being littered and leaking into the environment. This is why we welcome the formal adoption of the SUP Directive by the European Parliament today.

In particular, we welcome the advancements of the SUP Directive in terms of acknowledging that the fight against litter is a shared responsibility between competent authorities, producers and consumers. It is only with the help of other stakeholders, including private or public waste operators and local authorities, that plastics manufacturers can take action in order to find workable solutions.  We now call for the next step contemplated by the Directive.

Setting guidelines on definitions and categories should follow promptly to avoid the risk that different interpretations will prevail among Member States. This could lead to adoption of provisions that could go beyond the requirements of the Directive and hamper the correct functioning of the EU Single Market.   This is why we call for the EU Commission to: i) ensure a highly rigorous monitoring and assessment of the upcoming national transposing measures and; ii) promptly act to prevent undue market distortions which can cause economic losses without achieving the desired waste prevention objectives.

Karl-H. Foerster, Executive Director of PlasticsEurope, stated: “We will continue working with the value chain and engaging with the relevant policy makers in order to identify and implement the most efficient solutions to prevent littering and develop new ways to boost reuse and recycling.”