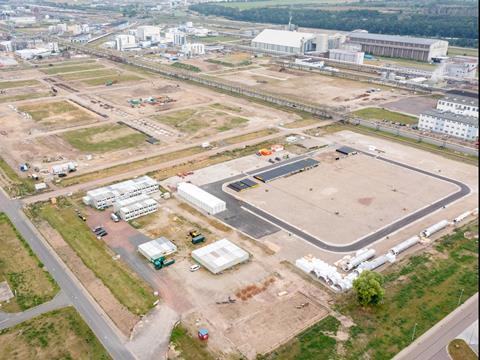 The collaboration announced today between The Coca-Cola Company, Changchun Meihe Science & Technology, and UPM seeks to scale up and increase the efficiency of a technology that converts second-generation biomass into plant-based monoethylene glycol (bMEG) for packaging applications.

According to the group, the conversion process it intends to commercialise – which is co-owned and co-developed by Coca-Cola and Changchun Meihe – is more efficient than current technologies that produce bMEG. To achieve this, the technology reportedly takes a sugar source and removes the step of creating ethanol from the conversion process, providing more flexibility in feedstock choice.

The group adds that its technology is based on feedstock that cannot be used as a source of food, including hardwood taken from sawmill side-streams and forest thinnings, apparently from sustainably managed forests.

The collaboration is aimed at commercialising the production of renewable glycol and fossil fuel-free PET plastic, of which bMEG is a key component alongside terephthalic acid (PTA). First validated at demonstration scale in 2017, the technology is now set to be scaled up at a biorefinery currently under construction by UPM in Leuna, Germany.

According to the companies, this “first-of-its-kind” biorefinery will produce bMEG, as well as plant-based monopropylene glycol (bMPG) and lignin-based Renewable Functional Fillers (RFF), as part of a drive to increase the production of renewable raw materials that can, in turn, be integrated into existing material recovery and recycling streams. The companies add that the technology enables a reduced carbon footprint for products while still meeting performance requirements.

UPM’s biorefinery is planning to ramp up production in 2023 with an annual capacity of 220,000 tonnes.

Juuso Konttinen, vice president of biochemicals at UPM, comments: “Investing in the biorefinery in Leuna is a very exciting breakthrough for UPM on our way to becoming a credible player in the chemistry value chain.

Following the announcement that The Coca-Cola Company would be making its PlantBottle technology widely available, UPM will also be offering commercial quantities of the biochemicals produced at its Germany-based biorefinery to others in the industry – including Coca-Cola’s direct competitors.

Nancy Quan, chief technical and innovation officer at The Coca-Cola Company, adds: “The viability of this next-generation biomaterial is a significant technological breakthrough in our ongoing efforts to reduce our use of virgin oil-based plastics, by increasing our use of recycled and renewable alternatives.

“It can not only help us achieve our commitments to carbon emission reduction but can also enable the entire industry to shift to a more circular economy.

“Through our agreement with UPM, we invite the wider industry to join us by utilizing the material once production has been ramped up at UPM Leuna.”

For The Coca-Cola Company, the collaboration with Changchun Meihe and UPM is part of its ongoing commitment to reach net zero carbon by 2040 in its Western Europe value chain, and by 2050 across all operations. By 2025, the company is also aiming to reduce the use of virgin plastic from crude oil-based sources by 3 million tonnes.

Meanwhile, the investment in UPM’s Leuna biorefinery is an “important step forward” for the company as it sets out to be a forerunner in the bioeconomy and to provide renewable biochemicals for a range of applications. Last year, UPM unveiled a new biocomposite material reportedly made from certified wood and cellulose fibres along with renewable PP polymers, which it claims can be used for food contact, personal care, and consumer goods applications.