Braskem and Sojitz to collaborate on scaling bioMEG technology 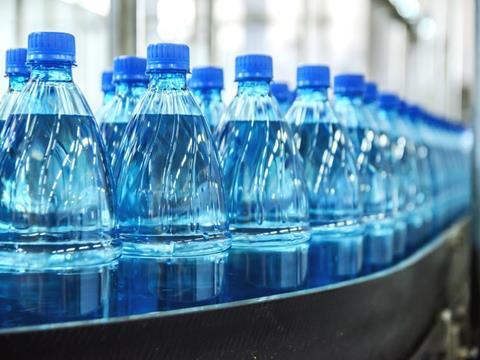 Braskem and Sojitz Corporation have signed an agreement to establish a joint venture that will produce and market bioMEG (monoethylene glycol) and bioMPG (monopropylene glycol), which will include the construction of three industrial units in a bid to start production in 2025.

MEG is a raw material used in the production of PET, which has a number of packaging applications, such as beverage bottles. It is produced mainly from fossil-based raw materials such as naphtha and gas. Meanwhile, MPG is used for applications including unsaturated polymer resins (UPR) and cosmetic products.

In 2017, Braskem partnered with Haldor Topsoe, a developer and provider of solutions for the production of energy-efficient fuels and chemicals. The companies aimed to demonstrate technology for converting sugar into bioMEG and bioMPG, with the first bioMEG samples produced in 2020.

The joint venture announced by Braskem and Sojitz will focus on producing and marketing bioMEG and bioMPG. Subject to the conclusion of technology development in 2022, the business plan includes the construction of three industrial units, with the start-up of the first plant slated for 2025.

According to the companies, the joint venture will combine Braskem’s expertise in the industrial production and scaling of chemicals and plastics made from renewable sources with Sojitz’s strong presence in Asia, a region that represents 80% of the global MEG market and where its consumption has reportedly registered the highest growth.

Gustavo Sergi, renewable chemicals and specialties officer at Braskem, comments: “We are pooling the efforts, expertise and investments of the two companies that are references in their respective segments to create a global leader in bioMEG that can meet the strong market demand for sustainable and renewable products.

“The partnership between Braskem and Sojitz marks the advance of technology – developed on a demonstration scale with Danish company Haldor Topsoe – to the commercial production phase with a clear combination of competencies and resources for scaling up.

“We embarked on a journey alongside our partners, combining Haldor Topsoe’s technology, Sojitz’s expertise and Braskem’s experience to achieve our goal of delivering a sustainable solution with the potential to revolutionize the textile and PET packaging markets.”

Manabu Endo, general manager of the basic chemicals department at Sojitz, adds: “We promote this sustainable material to various industries globally with our strong and wide-ranged market networks.

“This is a huge progress towards our ambition to realize 100% Biomass PET together with our project to produce bio Paraxylene, another raw material of PET, partnering with Japanese partners.”

With the agreement signed between Braskem and Sojitz, the establishment of the joint venture has now been submitted to antitrust authorities for approval.

Last year, the Coca-Cola Company revealed a prototype bottle made from 100% plant-based plastic, based on a collaboration with Changchun Meihe Science & Technology and UPM on a technology that converts second-generation biomass into plant-based monoethylene glycol (bMEG). The company claims these technologies are now ready to be commercially scaled across the industry.