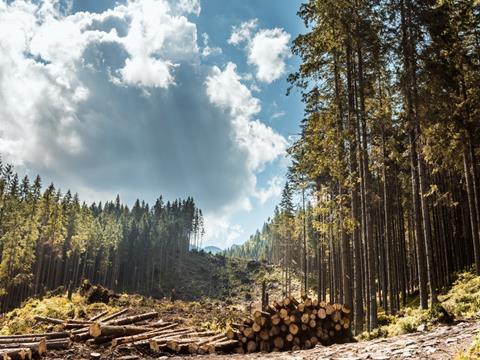 The European Parliament’s ENVI Committee voted earlier this week on a series of key proposals for the ‘Fit for 55’ legislation that aims to cut the EU’s CO2 emissions by 55% until 2030. While Cepi says that the votes offer some positive provisions in principle, the organisation warns that paradoxical legal positions regarding carbon capture and biomass could undermine the pulp and paper industry’s decarbonisation initiatives and bioeconomy development.

According to Cepi, the first vote addressed the land use, land-use change, and forestry (LULUCF) regulation and proposed that the use of forests as carbon sinks should support, rather than replace, other efforts to reduce fossil emissions. Cepi interprets this to mean that forests should not be used to compensate for emissions from other sectors, including non-CO2 agricultural emissions, and considers this a “balanced approach” to the role of carbon sink forests in the transition to carbon neutrality.

However, Cepi claims that other proposed changes to legislation are contradictory and will, in fact, undermine efforts to maintain forests as sustainable assets for the pulp and paper industry.

Another vote apparently included an amendment to increase the target amount of carbon removed from the atmosphere by forests, with the proposed figure being up to 360 million tonnes of CO2 by 2030. According to Cepi, meeting this target will require more forests to be set aside for carbon offsetting, seemingly contradicting the previous vote that cautioned against the blanket use of forests as carbon sinks. The organisation expresses concern that this will “negatively affect the development of renewable and sustainable forest products” if a greater number of forests are ringfenced for carbon offsetting, rendering them unavailable to the pulp and paper industry.

Cepi also suggests that the ENVI Committee’s vote to extend the carbon border adjustment mechanism (CBAM) to all Emissions Trading Scheme (ETS) sectors may be ineffective. CBAM is aimed at protecting energy-intensive industries, like pulp and paper, from carbon leakage resulting from an unintended increase in CO2 emissions in the case that the EU’s comparatively cleaner industry loses out to global competitors. According to the organisation, the ENVI Committee intends to extend the CBAM without requesting an in-depth impact assessment and industry consultation.

The pulp and paper industry’s specific value chains, products and global trade flows mean that Cepi does not believe a CBAM will effectively address carbon leakage and reduce emissions. Cepi adds that the ENVI Committee’s vote fails to provide a solution for exports, while also undermining the existing indirect carbon cost compensations scheme.

In a recent report, SYSTEMIQ put forward the argument that carbon capture and storage is one of the less mature technological pathways that need to be developed at scale in order to facilitate a circular economy. However, others acknowledge that carbon capture is not a catch-all solution, supporting Cepi’s position that the use of forests as carbon sinks must be a complementary rather than singular solution for reducing carbon emissions.

Likewise, attempts to understand carbon emissions on a global scale and across value chains require greater efforts toward traceability. Additionally, it can be difficult to fully understand the carbon footprint of a particular forest product, like paper packaging, in complete isolation, although comparisons are often made between materials. There are arguments, for example, that paper packaging is more energy-intensive to produce than alternatives like plastic, but that the pulp and paper industry is under less scrutiny to curb its emissions.

While representatives like Cepi counter this with statistics that suggest the industry has reduced its carbon emissions by 29% since 2005, there is work to be done across the board to decarbonise the packaging industry as a whole. Cepi seems willing to continue working with the EU to regulate and address the pulp and paper industry’s carbon emissions; the message of its latest statement points to its desire for holistic solutions and its unwillingness to be held responsible for emissions from other industries as part of a carbon capture system.

Striking a balance on biomass

In a brief on biomass published in 2019, the European Commission states that “biomass for energy must be produced, processed and used in a sustainable and efficient way in order to optimise greenhouse gas savings and maintain ecosystem services, all without causing deforestation or degradation of habitats or loss of biodiversity”.

The next vote that Cepi identifies as paradoxical relates to the use of biomass. Cepi says that the EMVI Committee’s proposal on the Emissions Trading Scheme (ETS) Directive involves a significant cut to the financial resources available to support low-carbon investments, while contradictorily emphasising biomass as a clean source of energy for industries.

In addition, Cepi notes the ENVI Committee’s position on the Renewable Energy Directive (RED) also favours secondary biomass – processed material originally derived from raw biomass – over primary biomass for energy applications. Primary biomass currently accounts for nearly 50% of the wood input used for bioenergy, representing almost 60% of renewable energy consumption in the EU. However, the ENVI Committee’s proposal would reportedly exclude primary biomass use from national support schemes and deem it as no longer counting towards renewable energy targets.

At the same time, the European Commission has proposed increasing the target amount of the EU’s energy mix sourced from renewables from 40% to 45%. Cepi argues that this target could be out of reach if primary biomass is excluded from the criteria.

Overall, the ENVI Committee’s position on biomass appears to highlight it as a low-carbon solution while simultaneously excluding what currently constitutes the largest input of biomass material from its renewable energy criteria and scaling back financial support. Cepi has called on the Members of the European Parliament to correct this contradiction in the upcoming plenary vote in June.

On this note, Cepi doesn’t specify its preference regarding biomass going forward in relation to the upcoming plenary vote on ’Fit for 55’. Previous statements from the organisation, however, suggest that it is in favour of the use of biomass, with the pulp and paper industry sourcing around 62% of its energy from biomass – reportedly making it the largest industrial user of renewable energy in Europe. In recent months, Cepi has pointed to the use of biomass as a way to lessen Europe’s dependency on fossil fuels, with the uncertainty of supply and prices for oil and gas especially being exposed by Russia’s invasion of Ukraine.

Adrian Hiel, a steering committee member of the Coalition for Energy Savings, previously problematised the exclusion of biomass from the ETS Directive as burning biomass can allegedly emit more pollution than burning gas. Hiel also noted that claims that biomass is climate-neutral rely on carbon absorption by growing trees, which Cepi – supported by the ENVI Committee’s vote on the LULUCF but undermined by the EU’s position on increasing carbon removed by forest sinks – says will contravene the production of renewable and sustainable forest products.

Hiel predicted that biomass may be placed under greater scrutiny going forward as the EU begins to examine its use, adding that it has been referred to as a “transitional solution” in draft documents. It appears, therefore, that the disconnect between Cepi’s position on biomass and EU policy proposals may continue.

At present, Cepi puts forward the case that the ’Fit for 55’ initiative is not yet fit for purpose. Jori Ringman, director general of Cepi, comments: “We call on the Members of the European Parliament to ensure in plenary that the Fit for 55 package enables the EU economy to deliver on high climate ambitions in the next decade.

“Unfortunately, the version of Fit for 55 pushed forward by the ENVI Committee makes investing in decarbonisation and in the development of the circular bioeconomy sector very challenging.”

Cepi is a proponent of the belief that the pulp and paper industry, at its core, enables fossil substitution and a circular economy. In a report released earlier this year, Cepi said that paper and board production had returned to pre-COVID-19 levels, demonstrating the industry’s resilience and that company and consumer demand is increasing. The organisation believes that structural changes could be underway, including the ‘substitution effect’ whereby paper and other fibre-based packaging are used to replace less sustainable materials and chemicals over time with the introduction of policies like the Single-Use Plastics Directive (SUPD) and shifting consumer preferences.

There are other challenges ahead, however. In March, Cepi wrote to the European Commission to appeal for the pulp and paper industry to be recognised as an essential supplier to multiple European value chains, including food and pharmaceuticals, which would qualify it for state aid and preferential gas deliveries. The organisation said at the time that rising input costs, particularly for energy and raw materials, as a result of Russia’s invasion of Ukraine were making it incredibly difficult to maintain margins and that some facilities were considering scaling back or shutting down production.

Cepi says that, going forward, supporting the development of a European circular bioeconomy should be a priority for the EU. Indirectly, the organisation highlights that decarbonisation and the bioeconomy could provide economic and environmental resilience for Europe in the years to come.