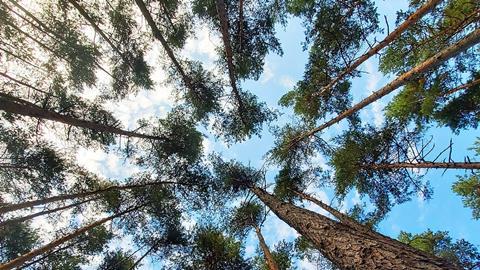 There are many challenges facing the EU paper industry as it works to meet its emission-reduction obligations. Adrian Hiel, a Brussels-based public affairs professional representing cities in the energy transition and a steering committee member of the Coalition for Energy Savings, explores some of the potential routes to achieving this.

The paper industry, as the fifth most energy-intensive industry in Europe, has a lot of work to do. The industry has an impressive track record in reducing emissions – 29% since 2005 – so it essentially needs to do the same again in the next nine years. Not an easy task.

Fundamentally, it will require two changes in mentality: First, from doing the same things more efficiently, to using different technologies that produce radically lower emissions. Secondly, with the end goal fixed by the climate law it is no longer a matter of what, but when? How quickly can the industry transform?

The biggest factor in pushing the timeline will probably be the EU’s system for taxing carbon – the EU Emissions Trading Scheme (EU ETS). In recent weeks it has surged to new highs in reaction to the EU’s Climate Law. It now stands above €40/tonne and is up 70% in the last year.

About 70% of the energy used in paper-making is the drying stage. So that’s where we will focus our attention in how the industry can introduce new technologies that might actually make it sustainable and circular.

The tech is there – and better tech is almost there

Fortunately, there are a couple of different options available to the industry to meet Europe’s Climate Law, a couple of options on the near horizon that can drastically reduce the cost of transitioning away from fossil fuels and a couple of tempting detours that are best avoided, but we’ll get to those later.

96% of the paper industry can be electrified now using existing technology according to a paper released late last year by Dr Silvia Maddedu of The Potsdam Institute for Climate Impact Research.

“…the paper industry uses a lot of heat that is not particularly high temperature. We found that the paper industry could be almost fully electrified in the first stage. The technologies are there and could be implemented,” said Dr Maddedu.

The industry already uses a lot of electric boilers as back-up in the case of breakdown or maintenance and occasionally when electricity prices are very low. They are cheap to buy, easy to use but expensive to run full-time as electricity is often several times more expensive than gas. One of the issues with electricity is that it often faces three times as many taxes and levies as gas per unit of energy – a holdover from times when Europe’s electricity grid was dirty and fuelled by coal. But as the grid gets greener there are ever-stronger calls to move the taxation burden from clean electricity onto polluting gas.

If the industry is actually serious about electrifiying and decarbonizing, the review of the EU’s Energy Taxation Directive later this year would be a good time to add its voice to the chorus calling for the tax burden to be shifted. The major caveat is that taxation is a national matter so the EU cannot force the shift by itself.

The use of biomass in the paper industry has gone up by 50% in the last 30 years and it now represents 60% of the primary energy used in the industry. There are a couple of reasons for this: 1) biomass in the form of wood waste is a readily available, local source of energy for many paper-manufacturers and 2) burning biomass is generally exempt from the EU ETS.

But there are serious issues with the way the biomass industry has evolved in Europe and ongoing discussions in Brussels mean that the generous rules around biomass are likely to go through the wringer after a critical report released in January detailed ongoing issues. But so long as the industry restricts itself to waste that doesn’t have other possible uses it should be fine in the medium-term. Longer-term there is more uncertainty as biomass is currently classified as a ‘transitional solution’ in draft EU documents. Burning biomass can emit more pollution than burning gas, and claims of biomass climate neutrality are based on several decades of carbon absorption by growing trees.

Deep geothermal brings some considerable benefits – it can provide all the heat a paper plant might need 24 hours a day and seven days a week with no emissions at low cost for decades on end. The counterpoint is that it can take several years to develop, is not available everywhere and brings with it considerable upfront costs. A current project in the Netherlands will plumb depths of 6000m to provide heat for a paper plant as well as 15,000 homes in the region through a district heating network.

The most promising solution for the decarbonization of the paper industry has to be the humble heat pump – either ground, water or air-sourced. With a Coefficient of Performance (CoP) of at least 3 and as high as 6 it doesn’t create heat as much as gather and condense it into a more useable form. The paper industry doesn’t need very high temperatures (compared to steel or ceramics for example). Commercial trials of heat pumps running at 160 degrees are ongoing and designs are ready for heat pumps to achieve 200 degrees – more than enough for paper-making. The industry is working with industrial heat pump suppliers as part of their Energy Solutions Forum but heat pump pilots should be the absolute top priority and its slow development is frustrating to watch.

Less disruption leads to a lack of change

There are other ways to decarbonize the paper industry that seem less promising. CCS and green hydrogen both promise to deliver the necessary carbon reductions with a minimum of disruption. But if it sounds too good to be true…

Despite record support from the coal industry CCS was never able to make the promise of ‘clean coal’ come to fruition. And where it has become operational it has been expensive without being terribly effective.

And while green hydrogen has received a lot of attention for its potential in decarbonizing heavy industry it’s important to go back to the relatively low temperature needed in paper-making. If green hydrogen proves to be the saviour of heavy industry it will be heavy industry that plays a big role in setting the price (at least until the European Commission’s plan for a hydrogen distribution grid begin to come to fruition in the 2040s). The paper industry does not want to get in a price war with other heavy industries that will be absolutely reliant on the gas to achieve the necessary decarbonization. There are a lot of different studies about what the future costs of hydrogen will be but no independent studies are confident that green hydrogen will be a low-cost, ubiquitous energy carrier in the coming decades.

The paper packaging industry has had a very loose relationship with ‘sustainability’ over the years. Clearly, it has a good story to tell in terms of recycling. But it has tried to transfer that success into the fields of climate change and circularity with increasing enthusiasm at best, and with utter disdain for facts at worst. Packaging solutions have been called ‘100% sustainable’ without mentioning emissions, companies have claimed to be circular while ignoring the linear flows of combustibles into its facilities and emissions out the other end and confusion has been sown between absolute emissions reductions targets and efficiency emissions reduction targets.

That approach will have to change as scrutiny increases about exactly how the 2030 and 2050 milestones will be met in the EU. Decisions made now by the paper packaging industry will have a big role to play in how expensive the transition is. Attempting to increase the efficiency of fossil-fuel assets that seem destined to become stranded assets is a false economy.

Decarbonizing the paper industry will not be done overnight but the technology is there to move much, much faster than the industry has done in the past. The legal and environmental arguments for moving faster than ever have never been clearer. The biggest question is whether the people who lead the industry will act accordingly.