Looking beyond the carbon cycle 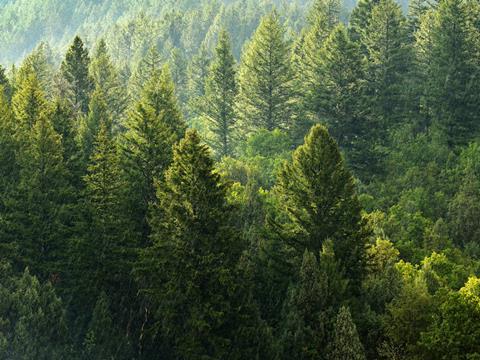 Are we missing the bigger picture when we talk about the sustainability performance of compostable packaging? Robert Lilienfeld, founder and executive director of sustainable packaging think tank SPRING, tells us more.

They have a point – but only if that cycle is the only one that is considered. What if we look at an even bigger picture?

Plants absorb CO2 from the atmosphere and water, primarily through their root systems. Using photosynthesis to generate energy captured from sunlight, these compounds are turned into cellulose. When the plants die, the cellulose breaks down, returning both the CO2 and water to the atmosphere and the soil. Methane and ammonia can also be created and sequestered in the Earth and/or atmosphere.

Start with the carbon cycle above, in which flora capture CO2 from the atmosphere. Then, over millions of years of intense heat and pressure, organic remains of ancient plants, algae, and bacteria are transformed into carbon-rich fossil fuels. The fuels are then collected, processed, transported, stored and burned for energy. Millions of years after first being captured, the resulting CO2 and water vapor byproducts are returned to the atmosphere.

Nature is neither anthropomorphic nor value conscious

As far as Nature is concerned, CO2, methane, ammonia, and water vapor are source agnostic. Where they came from is irrelevant.

As far as climate change is concerned, Nature’s only response to greenhouse gases is based on the absolute amount in the atmosphere. How it got there and where it came from are of no concern.

While these two cycles are technically different, they are ultimately interrelated and their combined impact is additive, and in the worst case, multiplicative. This means that while it’s true that composting is basically the end and thus the re-start of the carbon cycle, the effect is to continue adding excess CO2 into the atmosphere that is already oversaturated with it, thanks (ironically) to the anthropomorphically created hydrocarbon cycle.

Thus, in order to consider compostable packaging to be a strategic ally in the fight to reduce greenhouse gas generation, fossil fuel use must be eliminated. Further, enough airborne CO2 must be captured and sequestered so as to return the overall amount of CO2 in the atmosphere to near pre-industrial levels.

Foodservice and agricultural packaging are different

As I’ve consistently said, there are a few packaging applications where compostable packaging makes sense, given the current climate change scenario: Foodservice and agricultural use. In the case of the former, it appears to be more cost and energy-efficient to collect packaging with food waste and compost them together than to separate out the packaging, wash it, and send it to a sorting facility (which will most likely send it to a landfill, as it is primarily PP or non-bottle PET). In the case of agriculture, the same argument can be made for mulch films.

There’s another possible conclusion that comes from this analysis: Circularity is most valuable if it is applied in an environment in which an acceptable atmospheric CO2 level has already been achieved and is being maintained. Otherwise, circularity ironically fosters a status quo that will not produce acceptable results over the long term.