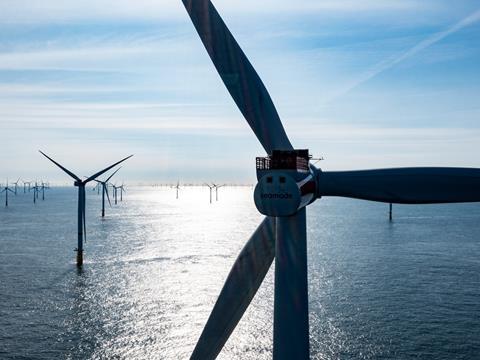 Eneco has an exclusive offtake agreement for the output generated at the SeaMade offshore wind farm in the Belgian North Sea, which is expected to supply 150 GWh to Borealis every year starting in 2024.

An initial PPA between Borealis and Eneco was signed in October 2020, involving the delivery of wind power from SeaMade’s offshore concession Mermaid – featuring an operational capacity of 235 MW – as of January 2021. This PPA involves the supply of electricity from a second wind park, Seastar, with its own capacity of 252 MW.

Around 1.5 TWh of renewable electricity is expected to be generated over the ten-year span, and it is hoped to lower the Scope 2 emissions of Borealis’ operations by around 22,300 tons every year. Borealis anticipates that the two PPAs will enable it to increase its share of renewable energy to 40% by 2025 and 100% in its Polyolefins and Hydrocarbons division by 2030.

Eneco also aims to become climate neutral by 2035 as part of its One Planet Plan.

“Our new PPA with Eneco for roughly 1.5 TWh of renewable power over the next ten years is an important step forward for Borealis in achieving our own Energy & Climate targets,” says Wolfram Krenn, executive vice president Base Chemicals and Operations at Borealis. “Having strong and reliable partners like Eneco enables us to accelerate our climate neutrality efforts. This is what we mean by re-inventing essentials for more sustainable living.”

Jean-Jacques Delmée, CEO of Eneco Belgium, continues: “As part of our One Planet Plan – becoming climate neutral by 2035 – assisting our customers in their path to climate neutrality is an important element. By combining our decarbonization efforts, together we can achieve more and faster. We act now, and we set the pace for others.”

Earlier this year, Huhtamaki signed two virtual PPAs with BayWa r.e., which was thought to be the largest solar agreement for the packaging industry in Europe thus far.

SIG’s PPA for real-time wind power was announced this time last year, with the power generated expected to power its carton production sites in Germany.