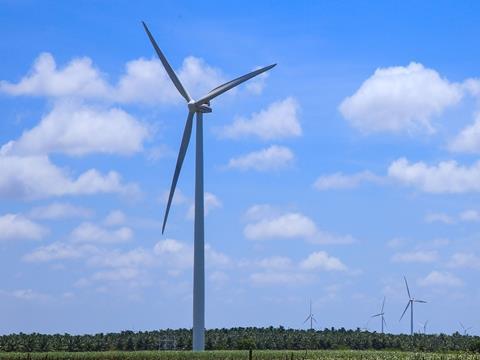 SIG has announced that it will use real-time wind power at its carton production sites in Germany, as it seeks to expand its renewable energy capacity with more direct sources.

Since 2018, SIG says it has been using 100% renewable energy from electricity and gas to make its packs, with solar power installations already in-place at its plants in China and Thailand, and further projects in Austria, Brazil, Mexico, and Saudi Arabia under construction or in the planning phase.

SIG adds that most of its renewable electricity has been sourced indirectly through guarantees of origin or GoldPower-certified international renewable energy certifications, but it is now focusing on ways to secure renewable energy more directly.

The company will source wind energy under the power purchase agreement, which means that the electricity generated by wind turbines located in Beppen will deliver energy as it is generated to SIG’s German production sites. The window turbines have a total capacity of 2.6MWp and generation around 2,00MWh annually.

Arnold Schuhwerk, head of category polymers and energy global at SIG, comments: “Through this power purchase agreement for wind turbines, we are securing real-time renewable power for our production in Germany.

“Alongside our growing global portfolio of on-site solar installations, we see such agreements as the most sustainable way to directly invest in renewable energy capacity.”

SIG claims that investing in renewable energy for its production processes has avoided over half a million tonnes of CO2-equivalent to date. The company intends to encourage it suppliers to use renewable energy in a bid to decarbonise the carton industry’s supply chain.

SIG recently unveiled plans to invest €12 million in a pilot plant of its new European technology centre, which will be located near its packaging plants in Linnich, Germany.