PFAS-free packaging: preparing for a future without ‘forever chemicals’ 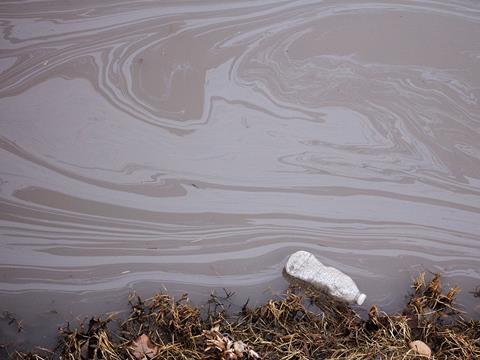 There are certain words that we want to associate with the word ‘forever’, but ‘chemicals’ is not one of them. Perfluoroalkyl and Polyfluoroalkyl Substances (PFAS) are a large group of substances that can be found everywhere from food packaging to fire-fighting foam, and they are exactly that: forever. These chemicals do not break down because of their strong chemical bonds, accumulating in the environment and in humans. In recent years, they have come under increased scrutiny because of their potential link to various health conditions, including reproductive and developmental problems, high cholesterol, obesity, possible disruption of the endocrine system and increased risk for certain cancers.

Although some of the more dangerous PFAS- PFOS and PFOA- are already restricted in the EU, there is currently a push by Germany, the Netherlands, Denmark, Sweden, and Norway to widely restrict the use of PFAS where they are not deemed essential. This initiative is in line with the EU’s Chemicals Strategy for Sustainability, which outlines the Commission’s ambition to limit non-essential uses of PFAS chemicals.

The move would see the large group of chemicals banned from being used in many industries, which is likely to include packaging. Supporters of this restriction claim that it would limit PFAS from entering and accumulating in the environment, which would not only protect consumers from any known or suspected risks that these chemicals pose, but also any potential dangers that may exist but have not yet been identified.

“Their persistence is almost reason enough to not use them,” said Dr Jonatan Kleimark, senior chemicals and business advisor at Swedish NGO ChemSec. “If they’re persistent, even if we think today that they’re not hazardous, in ten years we might find out that they were hazardous, maybe not for human health but for the environment,” he added. “We cannot test for everything today and know, so it’s worth using the precautionary principle in this case.”

In the past, it has been the case that certain chemicals were banned only to be replaced by new substances that have in the process also been identified as being hazardous. Banning the entire group would prevent these substitutions from occurring in the future, Kleimark explained.

“Current regulations are based on a substance-by-substance approach, where one PFAS is restricted then another quickly takes its place,” said Kerry Dinsmore from environmental charity Fidra. “This system is both slow and inefficient, given the high number of PFAS available for use, and highly susceptible to regrettable substitution.”

These chemicals have various properties that make them desirable for packaging uses. Their strong carbon-fluorine bond, aside from making them “very resistant to degradation”, also “makes them very good surfactants”, explained Ian Cousins, professor of environmental organic chemistry at Stockholm University. “They can reduce the surface tension of liquids very effectively, much better than any other kind of surfactant”, he said, adding that PFAS are uniquely effective in repelling both water and fats due to their “low surface energy”.

Although there is discussion about which PFAS uses will be considered ‘essential’ for the purpose of the restriction, Kleimark said that it is unlikely that any packaging uses will fit that definition. He went on to explain that the packaging industry will “need to find alternatives” ahead of a potential ban that would also cover imported goods. “There are going to be uses which are important and will remain, but many uses can be phased out,” Cousins said.

But Kleimark explained that some companies do not know whether their products contain these chemicals to begin with. “As an industry, I think it’s very good to start working with this,” he said, “trying to identify where you have PFAS if you have it, and how can you make sure that you don’t have it.”

There are alternatives for PFAS in packaging uses, Kleimark said, and companies should innovate to find the ones that would be suitable in replacing these chemicals for different purposes. “We definitely need innovation, but we’ve also seen where we have had innovation- like in the textile industry- that there is a possibility to find all kinds of different alternatives,” he said.

In the UK, Dinsmore explained that “EU regulations that were in place prior to Brexit have been transferred into UK law,” adding that “the UK also follows their commitment to restrictions under the Stockholm Convention.” The UK is also performing a Risk Management Options Analysis (RMOA) to assess the risks posed by PFAS and give advice on how to best protect the health of humans and the environment from these substances. “This will likely suggest recommendations for UK REACH to further regulate PFAS in the UK,” Dinsmore said, adding that the deadline for the outcome is this year. “The UK Government is also developing its chemical strategy,” she went on to explain, “with NGO’s given assurance that PFAS will be addressed within it.”

Professor Alan Boobis chairs the The Committee on Toxicity of Chemicals in Food, Consumer Products and the Environment (COT), which advises the Food Standards Agency, the Department of Health and Social Care (DHSC) and other government bodies on issues regarding the toxicity of chemicals. “We are continuing to monitor the presence of…[PFAS] in food and the environment,” he said. “We’re currently trying to figure out what is the best advice to give, because even after we’ve banned them, they’re going to persist for a long time.”