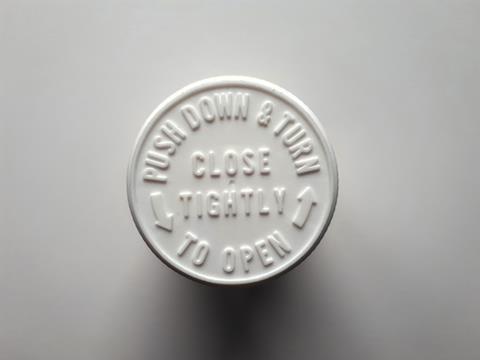 Child-resistant packaging (CRP) has become a critical component of packaging design within the pharmaceutical industry and other consumer markets producing and selling hazardous substances.

It’s estimated the child-resistant packaging market will double in growth from $20 billion to $40 billion by 2031, as legislation and regulation strengthen around the world and more manufacturers make the ethical commitment to reduce accidental child poisoning rates.

But what else is driving change in the CRP space and how is industry balancing the need to boost child-resistance while supporting senior populations? Jon Lant, New Product Director at Origin, tells us more.

The legislative landscape for CRP

Despite pharmaceutical and healthcare companies being required by law to produce packaging that is child-resistant, a report commission by the EU in 2015 found that over a quarter of the products investigated were non-compliant with Classification, Labelling and Packaging (CLP) Regulation, while nearly 44 percent were non-compliant with CRF (child-resistant fastening) regulations.

And last year, The World Health Organisation revealed that over half of member states don’t have an active poison centre, despite the prevalence of cases of child poisoning and a need for educational resources.

However, there are many countries taking steps to help reduce and prevent occurrences of unintentional child poisoning. The US, for example, has been at the forefront of innovative packaging solutions that are safer for children, with protocols originally established back in 1966.

The European Union (EU) has robust legislation in place to help reduce and prevent occurrences of unintentional child poisoning.

The Classification, Labelling and Packaging (CLP) Regulation ((EC) No 1272/2008) is regularly updated by the European Chemicals Agency (ECHA) to ensure that hazardous chemicals are safely contained, with child-resistant packaging where necessary. The legislation lists the criteria for substances that need to be fitted with child-resistant packaging, including toxicity, skin corrosion properties, and respiratory sensitisation.

There have also been several powerful public health campaigns, too. For example, in 2018, Public Health England led a campaign to highlight unintentional injuries including accidental poisoning of children. The campaign successfully raised awareness for parents and caregivers on understanding the risks of hazardous chemicals not being safely contained.

Despite an increase in legislation and regulation around the world leading to the growth of the child-resistant packaging market, acute child poisoning from pharmaceuticals and toxic materials remains a pressing global challenge.

A 2012 report issued by the EU found that accidental poisoning accounted for a staggering 3,000 deaths in children under 14 each year, with acute childhood poisoning the fifth most common cause of unintentional deaths.

Despite increased awareness around the issue, childhood poisoning remains a prominent threat. In 2019 there were 37.4 poison exposures per 1000 children aged below six years in the USA. 99.2 percent of these poison exposures were unintentional.

And while we may typically only associate medical containers with needing child-resistant packaging, the most common items children are likely to accidentally ingest are actually products easily found around the home, including cosmetic and personal care products, cleaning substances and painkiller medication.

But it’s not just common household items that children may accidentally ingest. There have been calls for more awareness around illegal cannabis edibles after a student died eating cannabis-laced gummies in child-friendly packaging.

This is particularly prevalent in the US where some states have begun to legalise cannabis products. The packaging of those products sold illegally not only defy US regulations of keeping packaging plain to avoid being too child-friendly but they often also counterfeit big brands, such as Pepsi, Kellogg’s and Nestle, by replicating their iconic branding.

This could easily entice or trick children into believing the products are the real deal. Such was the case for a Utah foodbank that last year accidentally sent 72 families cannabis sweets that resembled Nerds Rope candy, resulting in two children being hospitalised.

The role of innovative packaging design

To combat the risk of accidental poisoning to children, manufacturers and packaging designers have turned to inventive new concepts and technologies.

Multi-step mechanisms, that require users to perform a series of actions to open containers, have proven successful in preventing young children from gaining access. Child-safe caps that need to be pushed while twisted to be opened are the most common example of a multi-step mechanism on household products’ packaging.

But while this may stop younger children from gaining access to dangerous contents, the twisting action may make it difficult for those with disabilities or elderly users to gain access to the product. This is problematic as not only are elderly people more likely to be needing easy access to medications, but grandparents are also highly likely to regularly be in the vicinity of children, with a recent study finding 28 percent of grandparents provide childcare for at least two days per week.

Today, packaging developers are experimenting with new innovative ways to integrate multi-step mechanisms that are both child-resistant and senior-friendly. For example, prototypes of alarmed packages that emit a high-pitched buzzer have seen promising results in deterring children, with only 6 percent of children successfully opening the package within 5 minutes, compared to 96 percent of adults and can alert caregivers to an attempted breach of dangerous packages.

Visually distracting packaging designs may also help to deter young children between the ages of 2 to 3.5 years old. Lenticular 3D packaging designs that distort depth perception and appear to be changing colour could provide enough distraction to discourage children from trying to access the package.

However, studies around this concluded more research was needed since visually intriguing packaging may entice a child even more and pose a greater risk than act as a deterrent.

‘Smart packaging’, which uses sensors to detect whether an adult or child is attempting to open the container with impressive accuracy, could be an effective solution to stopping children from being able to gain access at all.