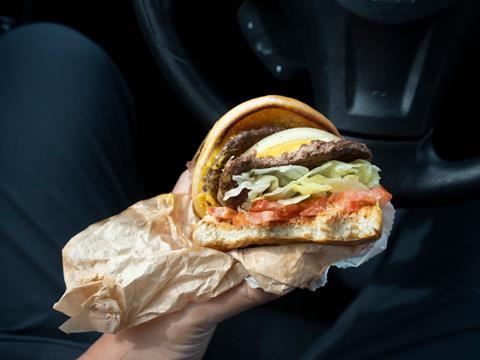 Scientists from Northwestern University claim to have developed a process that destroys PFAS compounds – leaving behind only benign end products.

“PFAS has become a major societal problem,” said Northwestern’s William Dichtel, who led the study. “Even just a tiny, tiny amount of PFAS causes negative health effects, and it does not break down. We can’t just wait out this problem. We wanted to use chemistry to address this problem and create a solution that the world can use. It’s exciting because of how simple — yet unrecognized — our solution is.”

Brittany Trang, who conducted the project as a part of her recently completed doctoral thesis in Dichtel’s laboratory, is the paper’s co-first author.

While the health effects are not yet fully understood, PFAS exposure has been linked with decreased fertility, developmental effects in children, increased risks of various types of cancer, reduced immunity to fight infections and increased cholesterol levels. With these adverse health effects in mind, the U.S. Environmental Protection Agency (EPA) recently declared several PFAS as unsafe — even at trace levels.

Although some of the more dangerous PFAS, PFOS and PFOA compounds are already restricted in the EU, there is currently a push by Germany, the Netherlands, Denmark, Sweden, and Norway to widely restrict the use of PFAS where they are not deemed essential. This initiative is in line with the EU’s Chemicals Strategy for Sustainability, which outlines the Commission’s ambition to limit non-essential uses of PFAS chemicals.

The secret to PFAS’s indestructibility lies in its chemical bonds. PFAS contains many carbon-fluorine bonds, which are the strongest bonds in organic chemistry. As the most electronegative element in the periodic table, fluorine wants electrons — and badly. Carbon, on the other hand, is more willing to give up its electrons.

While studying the compounds, Dichtel’s team found a weakness. PFAS contains a long tail of unyielding carbon-fluorine bonds. But at one end of the molecule, there is a charged group that often contains charged oxygen atoms. Dichtel’s team targeted this head group by heating the PFAS in dimethyl sulfoxide — an unusual solvent for PFAS destruction — with sodium hydroxide, a common reagent. The process decapitated the head group, leaving behind a reactive tail.

“That triggered all these reactions, and it started spitting out fluorine atoms from these compounds to form fluoride, which is the safest form of fluorine,” Dichtel said. “Although carbon-fluorine bonds are super strong, that charged head group is the Achilles’ heel.”

In previous attempts to destroy PFAS, other researchers have used high temperatures — up to 400 degrees Celsius. Dichtel is excited that the new technique relies on milder conditions and a simple, inexpensive reagent, making the solution potentially more practical for widespread use.

Their calculations suggest that PFAS falls apart by more complex processes than expected. Although it was previously assumed that PFAS should fall apart one carbon at a time, the simulation showed that PFAS actually falls apart two or three carbons at a time — a discovery that matched Dichtel and Trang’s experiments. By understanding these pathways, researchers can confirm that only benign products remain. This new knowledge also could help guide further improvements to the method.