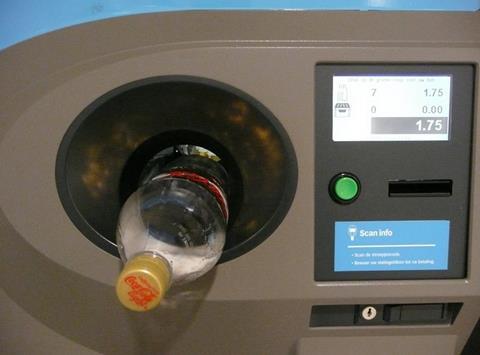 Representatives from U.N. member states are meeting in Nairobi this week for the United Nations Environment Assembly. According to a report from Reuters, the participants have already drafted a resolution that would be designed to tackle plastic pollution. Importantly, the early indications are that this resolution, if it came to fruition, would be legally binding.

Extended producer responsibility would clearly be a cornerstone of this resolution, were it to be ratified. Emma Samson, marketing communications manager at environmental consultancy Searious Business, gives an introduction to EPR and argues that ambitious brands should see it as an exciting opportunity.

EPR, or Extended Producer Responsibility, is the idea that manufacturers should be responsible for the environmental impact of their products and packaging throughout their life cycle, even after they leave the factory gates. It shifts responsibility away from individual users, who, after all, are limited by their region’s recycling capabilities, placing it back with the people who have the power to change the system from within the producers.

This is often mistaken for punishment, a pollution tax to prop up an incompetent waste management system. But it can be much more than that. Properly structured EPR would encourage considered design, synchronised collection systems, and much-needed funding for waste management in developing countries. Visionary brands should see voluntary EPR schemes as an opportunity for control. They can lead the change if they want, not get dragged behind kicking and screaming.

In simple terms, you can think of EPR as a government-enforced recycling program, with higher costs and consequences if brands don’t comply. First created in Germany, Sweden and France in the 1990s, it has already proven to be a powerful tool to streamline waste management for electronics, batteries and packaging across the EU. Well drafted mandatory EPR can:

Why do we need better EPR?

To put it simply, recycling isn’t profitable the way it is now. Collecting, sorting and recycling packaging costs more money than it makes. It’s a chicken and egg situation. It won’t make a profit until it is at an efficiently large scale, and it can’t get that far because it loses money at every step of the way. To raise a fully functional circular economy, we need producers to become its loving foster parent.

As it stands now, the EPR landscape and performance varies widely across countries, preventing a homogenous system from being established. This is one of the reasons why the Ellen Macarthur Foundation and the WWF are calling for a global treaty on plastic pollution at the 5th United Nations Environment Assembly this month. If regulations and guidelines can be aligned worldwide, it would level the playing field and prevent free-riding on voluntary objectives.

Legislation is being drafted in various regions around Europe to set mandatory waste rules (Waste Framework Directive). Regardless of which region your brand is located in, if you produce over 10 tonnes of waste a year, you will fall under these rules and have to pay additional taxes. However, the draft law states that instead of paying these taxes, a company can offset their negative impact by creating their own voluntary physical recovery scheme, a deposit return scheme, for example.

By engaging with legislation proactively, brands can make sure their plans are ready before laws are enforced. Forward-thinking companies can also get ahead of their competitors because only brands who put their plans into action first will be credited.

Don’t we already have EPR?

When discussing EPR from our euro-centric viewpoint, it’s difficult to remember that only a few countries are using this innovative economic tool. The OECD global plastic outlook inventories the economic and regulatory measures across 50 countries and suggests that the current policy landscape for plastics is wildly fragmented and insufficient.

Brands who are happy to distribute their products on global markets must also contribute to the global collection of their waste. While this often means tax or plastic offsets, it can also come in the form of a voluntary take-back program. Willemijn Peeters, founder of Searious Business, explains how they helped set up a voluntary EPR scheme in Moroccan supermarket chains Carrefour and Marjane.

“We introduced an incentivised collection scheme for PET bottles to prove the effectiveness of deposit-return systems. Moroccan beverage suppliers, retailers and government are recognising this as a positive economic and environmental opportunity and are planning to upscale rapidly.”

By getting a jump on legislation and setting up their own EPR schemes, responsible brands can create shared value across the supply chain. They can get back their resources in the cleanest stream for recycling, solidify their relationships with other stakeholders and accelerate the overall circular economy with themselves in the driving seat.