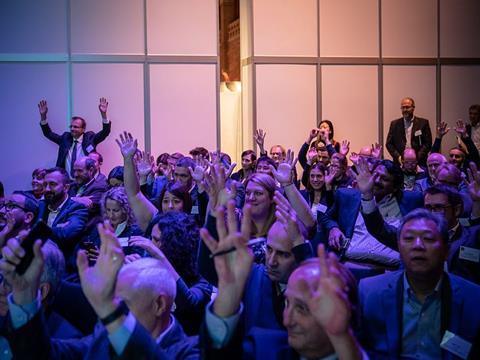 During the AIPIA (Active & Intelligent Packaging Industry Association) congress held last month in Amsterdam, one message became very clear: Both the AIPIA President and its Chief Executive emphasized that there has been a major change. No longer are we talking about ‘How it Works’, said Dick de Koning in his presidential opening address, it is now all about ‘What it can do for the Brand Owners’.

With the Congress at capacity, with 350+ attendees in the Beurs van Berlage building in central Amsterdam, the 54 speakers continued to show how far the Active & Intelligent Packaging (A&IP) sector has come in a few years. Many case studies showed that the adoption of these technologies is growing exponentially across the food & beverage, cosmetics and pharmaceutical sectors.

“Over 25 individual Brand owners attended this year,” said Eef de Ferrante, the association’s CEO. “This included a large number of major pharmaceutical companies who are increasingly drawn to A&IP for a number of reasons, including patient compliance and the imminent FMD directive. But we also had senior executives from many other major brands such as Amway, Heineken, L’Oreal, Coca Cola, Dawn Meats, FrieslandCampina, P&G, and Japan Tobacco, - to name a few,” he added.

One of the opening keynotes, by Rob Hollands of Anthem Worldwide, a strategy agency for major CPG companies, treated delegates to some stunning statistics about how A&IP has raised awareness and provided double digit sales growth following campaigns for a number of leading Brands, such as soft drink Fanta and the Kit Kat confectionery chocolate bar. 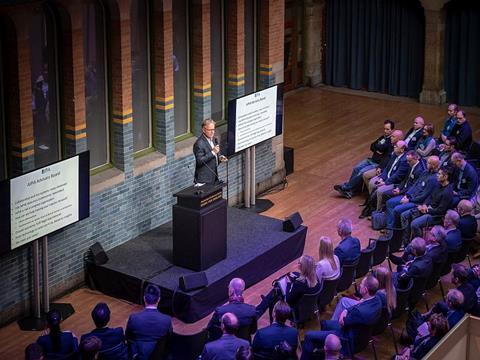 The centrepiece of the event was the Glaxo Smith Kline (GSK) Challenge where no fewer than 21 companies had just 4 minutes to convince a panel of senior GSK officers, including its Global Packaging innovation Manager, that their A&IP solution is just what the pharmaceutical giant is looking for across both its pharma and nutrition brands. Following the marathon session GSK awarded three certificates, to Wiliot for its battery free Bluetooth tag technology, Constantia Flexibles for its WOW interactive pack and Presspart for best Healthcare Prof. GSK will continue talking to the companies to further develop their ideas into actual ‘on pack’ solutions.

A big case study story which broke at the Congress was the Toblerone digital message campaign. A&IP specialist Kezzler is partnering with confectionery company Mondelez to  give everyone who purchases the famous triangular chocolate bar a QR code which enables them to send a recorded message to someone. Kezzler CEO Christine Akselsen, announced that the campaign, which was available in 77 stores operated by UK retailer Sainsbury’s, allowed consumers to scan, record and send a special video message. “ Our codes give each product a unique, secure and traceable identity,” she said.

The outstanding new A&IP product at the event featured an ‘Invisible’ RFID tag. Asahi Kasei demonstrated its sub-micron printing process using cuprous Oxide conductive inks which can produce a fully functional but unseen antenna. Takeshi Kamijo, a member of the company’s printed electronics development group, explained, “This metal mesh transparent antenna could be a revolutionary step in the adoption of RFID onto many packs where ‘real estate’ is at a premium, making Brand Owners and pack designers reluctant to adopt a device they want because which could interfere with a long established Brand or pack image.”

Final word on the 2018 Congress went to Martin Stahel from Augmented Reality specialists Zappar, he shared on Linkedin:  “Well that’s a wrap. Another great AIPIA event sharing how Zappar can help brands turn their silent packaging into interactive media channels.”