What the UK's 25 year plan means for packaging & sustainability 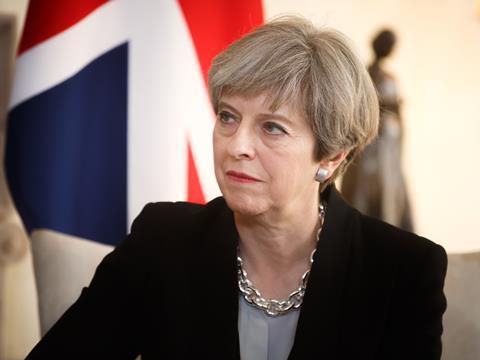 Yesterday UK Prime Minister Theresa May unveiled her government's 'A Green Future: Our 25 Year Plan to Improve the Environment' policy document, which aspires to make 'the current generation the first to leave the natural world in a better state than it was before'. Timing of the report has uncannily coincided with peak media attention on the topic of packaging waste over the last few weeks. May's somewhat beleaguered government won praise for 'getting serious about plastic waste'. Meanwhile, detractors have suggested that, for all its scope and stated ambition, the document is flimsy on detailed commitment. What are the connotations for industry - and is the direction of travel conducive to holistic sustainability goals? Tim Sykes reports.

First of all, while packaging waste has been the focus of much attention, the 151-page document chiefly addresses issues around packaging in a three-page section halfway through the document. Here are the key points:

What conclusions can we draw? Firstly, it's a relief to discover that the UK Government, addressing a topic about which there is media and social pressure to GET SOMETHING DONE, has resisted the temptation to win some positive headlines by making reckless populist commitments. In the contentious areas where arbitrary cuts in use of plastics could easily result in damaging rises in food waste and carbon emissions, the document is short on concrete commitments, using verbs such as 'explore' and 'encourage'.

Nevertheless, the 'plastic free aisle' is an idea that gathers momentum. I'd suggest that this is an idea with merit only if pilots are treated as empirical experiments, rather than understood to be inherently and self-evidently better. It would be useful to conduct comparative LCAs on the environmental footprints of the same products - for instance cucumbers - passing through the usual and the plastic-free channels.

Promotion of refilling models is an interesting idea that similarly deserves to be empirically tested. What are the respective impacts of single-use and multiple-use formats, factoring in the end of life of the latter as well as the former? How does that model change if innovation can make single-use formats widely recycled or fully biodegradable?

Finally, commitments on more consistent and improved collection and recycling of plastic packaging are of course welcome. Again, the goals fell short of concrete administrative or investment proposals and industry will wait with interest for something substantive.

Overall, the impression is of a piece of policy work caught somewhere between nuance and populism. If the UK follows through on its recycling goals with investment and radical reform of its disjointed infrastructure, this will be a very positive development. Meanwhile, its treatment of the plastics issue neglects to talk about food waste, which is on the same scale as marine litter as a catastrophic environmental and humanitarian problem. Though the UK is cautious about cutting plastic usage in terms of concrete steps proposed, it does play an influential role in reinforcing popular narratives.

An improved second draft of the document would, in short, be more radical in some respects and would engage more seriously in the more complex problem facing our world: how do we eliminate packaging pollution while feeding a growing population with the smallest possible environmental impact?