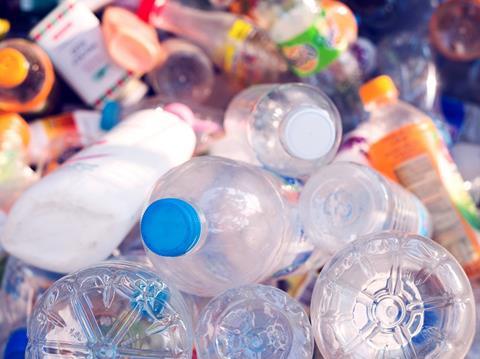 Nearly three quarters of British consumers (74%) would be likely to return plastic bottles and aluminium cans under a Deposit Return Scheme if they had to pay a deposit of just 10 pence on each one, according to the results of a national poll by YouGov revealed today.

The results hint at the likely success of a national Deposit Return Scheme, where consumers pay a small deposit on a recyclable container (like bottled water or soft drinks cans) and redeem it when they take the container to a secure collection point. These schemes, which have been backed by UK environment secretary Michael Gove among others, are designed to boost recycling rates, reduce recycling contamination and reduce litter.

The poll, commissioned by SUEZ, surveyed over 2000 adults across Britain and also found that 80 per cent of people believe there should be more public recycling bins to use in the public areas near to where they live, while only around a quarter of people said they could either “always” or “often” find a suitable recycling bin for plastic bottles (26%) or aluminium cans (25%) when they are out and about.

Nearly 40 per cent (39%) of people admitted that they are most likely to simply put plastic bottles or cans into a general rubbish bin – where they are destined for landfill or incineration – if a suitable public recycling bin isn’t handywhen they are out and about.

A further eight per cent of people admitted they were most likely to try and put bottles and cans in recycling bins for other materials, like card or glass, in the absence of an appropriate bin – causing contamination.

Under a national DRS system, more public recycling points would be financed and provided through retailers and manufacturers, to enable consumers to return their recyclable containers and redeem the deposit while away from home or work.

Furthermore, when asked how they would most like to redeem their 10p deposits given the choice, just over 50% of people in the poll said they would rather donate the deposit to charity or public services/ initiatives, or redeem it as retailer reward points or money-off vouchers, whilst fewer would instead claim the cash (40%).

The results of the poll are released alongside the findings of a new report by national recycling company SUEZ, which suggests the most effective deposit return scheme for Britain should only target 'on-the-go' sized plastic bottles and aluminium cans to yield the best returns; have the maximum impact on litter prevention; and not risk undermining existing collection schemes.

SUEZ has long championed Deposit Return Schemes, and says the evidence provided in the report reinforces its position that the ideal deposit return scheme would:

• Only target plastic (PET) bottles and aluminium cans smaller than 0.7 litres, which are typically consumed while “on-the-go” instead of at home and are a more significant cause of litter than larger bottles – with a refundable deposit of 10 pence per container.

• Be owned/operated by manufacturers, but provide the opportunity for local authorities to generate new revenue streams by operating redemption points and local logistics. SUEZ believes a range of secure, publicredemption points is needed – not just reverse-vending machines.

• Would not leave local authorities out of pocket by “cannibalising” the more valuable materials (like plastic and aluminium) from existing, effective, household collection services.

• Allow consumers to donate their deposits to other causes or organisations, rather than redeeming them as cash – which would likely be effective at generating significant revenue for good causes suggested by the results of the YouGov poll.

• Only be one part of a much wider system of Extended Producer Responsibility, which would use a range of tools – such as taxation on virgin materials or incentives to use recyclable materials – to drive long-term sustainable production and consumption of goods.

The report, entitled How a Deposit Return Scheme for ‘on the go’ could be designed for the UK, was compiled by specialist circular-economy consultancy, Oakdene Hollins, and models SUEZ’s views on a DRS scheme using both industry data and examples of existing schemes in Europe, the USA, Australia and Canada.

Oakdene Hollins' assessment suggests 8.8 billion plastic bottles and 9.7 billion aluminium cans are sold in the UK every year and that the 'on-the-go' sizes account for 1.3 and up to 4.4 billion of those respectively. The current recycling rate for PET plastic bottles is 57 per cent and 70 per cent for aluminium cans which means that, in the case of plastic bottles alone, 171,000 tonnes of PET is currently placed in the market but not recycled each year.

The report concludes that a DRS scheme has the potential to increase recycling rates to more than 80 per cent for both plastic bottles and aluminium cans, and that the overall value of deposits in the scheme could be over £1 billion between the two materials.

Some campaigners have suggested that a DRS system should cover all recyclable materials and container sizes, but SUEZ believes that this would “cannibalise” materials already successfully captured by local-authority household collections, lead to diminishing returns, and result in more hassle for the consumer – who instead would have to take everything they throw out at home to different DRS redemption points.

By targeting only packaging used on the go, however, a DRS scheme would capture more of the material currently being lost either to general waste, or as litter. In fact, the report suggests that the effectiveness of the DRS scheme in reducing litter, would actually result in a net overall saving for local authorities, which currently have responsibility for the cost of clearing it up.

The report also concludes that a deposit of 10p may be the correct amount to incentivise use of the DRS for on-the-go materials and the poll results suggest that the vast majority of people would be likely to redeem the deposit at that rate.

“For just 10p a container, we can clean up Britain’s streets and boost our recycling rates to become one of Europe’s best. An independent YouGov poll has confirmed SUEZ’s long-held belief that people want to do more to recycle, but may need help with better ‘binfrastructure’, which a deposit return scheme could provide at no cost to the public purse.

"Almost three quarters (74%) of those polled have said they would take plastic bottles and aluminium cans to a recycling and redeem point if they carried a 10p refundable deposit. We believe bringing manufacturers and consumers together under a deposit return scheme will help the nation recycle more bottles and cans, at the same time as reducing litter and improving the cleanliness and quality of materials returned to manufacturers.

"We can see from the YouGov poll that people struggle to recycle on the go and fewer than half of us are likely to hang on to bottles or cans long enough to recycle when we get home – instead opting to throw them in a public rubbish bin, or worse.

"At SUEZ we calculate that the billions of plastic bottles and aluminium cans purchased on the go each year would raise more than a billion pounds annually through deposits. Of this figure, up to around three hundred million pounds would go unredeemed and instead could help meet the costs of funding the collection system and improving our wider environment.

"SUEZ has long been a champion of deposit return schemes, but they are not a panacea to Britain’s long-term sustainability challenges, and should only be just part of a much wider producer-responsibility regime to incentivise the most sustainable choices for both consumers and manufacturers, which will in turn protect our natural capital.”