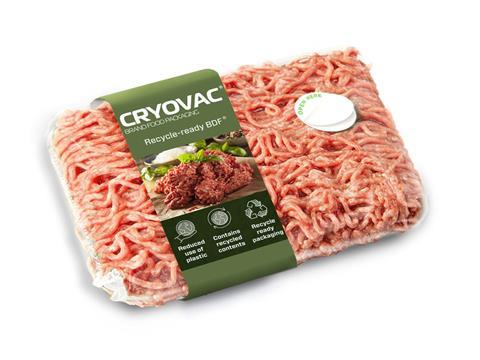 According to Sealed Air, both films were developed and tested according to protocols published by the On-Pack Recycling Label (OPRL) (UK) and the Association of Plastics Recyclers (APR), with practises aligning with those of Plastic Recyclers Europe. The company says that this means the films are RIC4 certified, as well as having been analysed by Cyclos and determined to be recycle-ready.

“Recycling strategies are advancing throughout Europe, with infrastructures at various stages of development in different countries.

“Our aim was to develop new barrier display films that would optimise recycling compatibility across this diverse spectrum. It will help food processors, retailers and brands to improve resourcefulness as countries increasingly heads towards a circular economy.”

In addition, the sustainability benefits of the new ECO BDF films are apparently enhanced through an ultra-thin barrier, with both films being 21 microns - making them lighter and thinner than other widely used thermoformable films, according to Sealed Air.

Arnaud adds: “The medium barrier helps to reduce food waste by extending shelf life and protecting food against contaminants and spoilage. This is achieved by using less film material including lower levels of EVOH.”

The films are also compatible with the new CRYOVAC Brand TA4X range of hot air shrink tunnels. The system features a range of hot air vault configurations and variable speed drives for packaging a variety of foods, including fresh meat, poultry, fish, and cheese.

In 2020, Sealed Air developed a food-grade soft plastic film containing 30% CCR, which it claims was a world first.

Arnaud concludes: “The development of ECO BDF forms part of Sealed Air’s pledge that 100% of its packaging will be recyclable by 2025.

“This supports our customer’s sustainability goals and is focused on providing them with innovative solutions that align with a circular economy.”