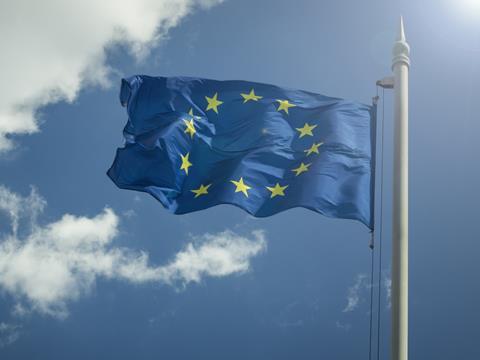 A joint statement from industry players across the European packaging value chain is criticising a leaked draft of new revisions to the Packaging and Packaging Waste Directive, expressing concerns that they are not based on sufficient evidence and may lead to greater environmental impacts.

According to the statement, such industry players have been working alongside Directorate-General for Environment to revise the legislation and ensure that the changes are beneficial on an economic and environmental level. However, it is claimed that their advice is not reflected in the current draft, and if it is enforced, the signatories fear that it could undo some of the progress made by the Green Deal.

A worst-case scenario is envisioned wherein disruptions caused to EU supply chains and the industry’s trade flows could bring down entire sectors, with the reported dismissal of recycling as a component of packaging circularity causing difficulties with the conversion of waste into viable secondary packaging.

As such, it could threaten existing packaging practices, put jobs at risk, and threaten to put billions of euros’ worth of investments to waste “at a time when Europe needs resilient and sustainable growth”.

The new legislation apparently places emphasis on refill and reuse targets, yet the statement argues that such solutions have not undergone an adequate environmental impact assessment and present no proof of an improved outcome.

Third-party certified life cycle assessments reportedly demonstrate that such factors as long-distance transportation, the resultant logistical complexity, and the organisation of efficient recycling or mandatory collection can all have their own impacts on the planet and climate. The proposal is not thought to have considered the implementation of a new framework to ensure that refill and reuse schemes can be scaled up effectively.

Concerns have also arisen regarding the availability of and legal restrictions around recycled polymers for contact-sensitive packaging, with little acknowledgment of chemical recycling and ‘a total lack of assessment into the actual feasibility of such targets’ expected to compromise packaging functionality or increase manufacturers’ dependence on additional materials with a higher environmental impact.

Restrictions surrounding pack ratio for specific products are said to be ‘arbitrary’, lack scientific or empirical evidence, and hold little relation to the characteristics of the product being packaged. Additional ‘negative lists’ of prohibited packaging characteristics are believed to disrupt the innovation of new materials, investment in recycling facilities, collection schemes (which are integral to new waste streams becoming fully operational), and the implementation of recycled content into packaging.

The signatories remain unsure “whether the proposal is consistent with the ‘Better Regulation’ imperatives, principally whether an ‘evidence-based approach’ has been employed and whether the ‘evaluate-first’ principle has been met.” They also express doubts that the new legislation has been thoroughly evaluated for ‘cost-effectiveness’ or ‘proportionality’. Quantitative safeguards and review mechanisms to adapt targets, should it be necessary, are not believed to have been put in place.

Packaging producers, their suppliers, and their users in industry, logistics, and retail are all believed to be affected by legislative changes. As such, the companies are calling for a shift in focus towards a new framework for Design for Recycling guidelines, with frequent updates based on input from value chain experts as to which materials this includes.

The statement calls upon the EU to invest in sorting and recycling infrastructure, as well as dealing with bottlenecks that threaten the availability, collection, and cost of recycled plastics. Where such solutions are environmentally and ecologically useful, ensuring the collection and recycling of refill and reuse products should take precedence over fixed targets, the companies argue – a solution that claims to benefit the competitiveness of the European single market.

They reiterate that they are on hand to hold further conversations and ensure that any changes in regulation definitively contribute towards a circular economy.

Signatory FINAT previously released its own statement condemning the Packaging and Packaing Waste Directive’s ‘negative lists’, which it believes will disrupt the progress of new and existing recycling technologies.

UNESDA Soft Drinks Europe, The European Fruit Juice Association (AIJN), The Brewers of Europe, and Natural Mineral Waters Europe were also critical of mandatory reuse targets for beverage containers, believing that they could lead to the dismantling of current recycling streams and cause irreparable damage to small- and medium-sized businesses.