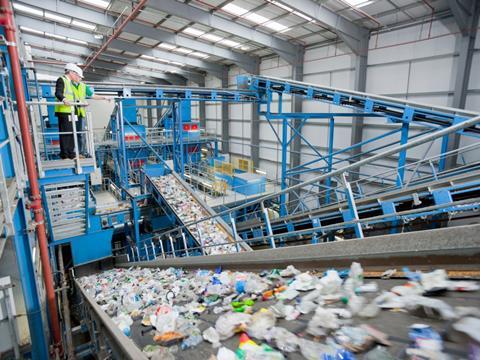 FINAT has released a statement expressing concern over the European Commission’s reported plans to revise its Packaging and Packaging Waste Directive with a negative list of packaging characteristics – suggesting that to do so would impede the progress of recycling technologies.

Apparently, the list intends to provide manufacturers with properties and materials that are not considered recyclable and ensure that packaging is designed for a circular waste stream at the outset.

Alongside services of the Commission currently taking part in the Interservice Consultation, FINAT claims that the list as it appears in the draft legal text is ‘not based on the most up-to-date developments on packaging materials and recycling’. The company suggests that restrictions of this kind would prevent recycling technologies from developing further and leave the industry without regulatory certainty.

Instead, FINAT suggests that Design for Recycling criteria should be defined in a ‘technology agnostic manner’ with the input of a multi-stakeholder expert group to ensure that the outcome falls in line with the current recycling landscape.

Design for recycling has previously been a point of interest for the packaging industry. According to Zentrale Stelle Verpackungsregister, the concept increased recycling rates in Germany’s dual system by 8.4% in 2021.

Last year, RecyClass released its own guidelines on designing polystyrene packaging with recycling in mind, which included a limit on the packaging’s density – although expanded and extruded polystyrene were notably absent from the discussion.

More recently, however, the company released a design book emphasising the importance of using proven technology and materials to manufacture circular packaging within the plastics industry. We spoke to Wladimir Moraes, global market manager at Bostik, and Fabrizio Di Gregorio, technical director of Plastic Recyclers Europe and head of RecyClass, about this development, and the role of adhesives within it.