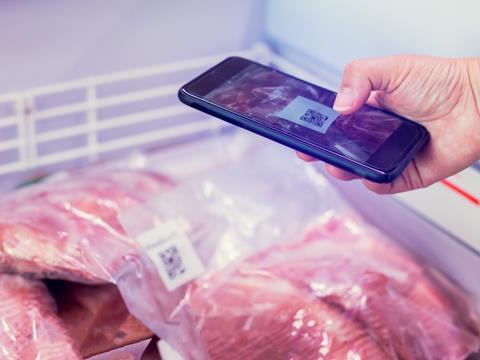 A new traceability system that enables customers to use their smartphones to see where their whole cuts come from has been launched by online meat retailer Farmison & Co. The company, which is based in Yorkshire, UK, says its new system enables customers to see precisely where their meat originates and is part of its Farming the Future (FTF) programme.

Using a QR code on the packaging, customers can trace the origins of their meat, including the breed, videography of the farm where it was reared and the food miles.

The launch coincides with the tenth anniversary of the horse meat scandal in January 2013, when horsemeat entered the food supply chain. The meat was found in a series of beef products that reached the supermarket shelves – resulting in millions of products being withdrawn.

Although the food industry has since taken steps to make food safer, Farmison & Co founder John Pallagi warned that the supply chain remained vulnerable. He said that more than ever consumers were demanding – and deserved to see – full traceability of produce.

“The horse meat scandal undoubtedly inspired a great deal of scrutiny from retailers into their supply chains at the time, but I wonder what reforms have been introduced. I fear the answer isn’t enough – and that meat food supply chains remain as opaque and difficult to trace as ever. Reputation management – I would venture – has been more important than addressing the fundamental wrongs of these systems,” he claims.

The new QR codes will be offered on whole cuts of meat allowing customers to see details about the animal the meat comes from and information about the breed. They will also include details of the farm and farmer, as well as video footage of the land where the animal is fed and reared, plus exclusive recipes from Michelin-starred chef Jeff Baker.

Farmison sells online directly to customers across the UK, as well as through Harrods, Selfridges, Fortnum & Mason and Michelin star restaurants and last year it opened its first bricks and mortar store - Cut by Farmison – next to its Ripon headquarters. Product ranges that are traditionally a means to manage carcass balance and reduce waste – such as sausages or its Sauce Pan Ready meal range – while not initially included, will still be sourced from within Farmison’s network of accredited suppliers and be fully traceable.

Mr Pallagi added, “The core of our business has been traceability from farms and farmers we know intimately – and as we grow, we’re determined to do all we can to share that detail with our customers from farm to fork. We already encourage people to ‘Eat Better Meat’, from today we also encourage them to ‘Trace Better Meat.”