'It felt exciting and doable': WWF on nations committing to develop a global agreement for plastics 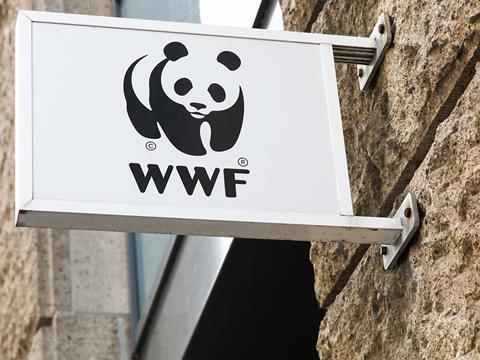 A month ago, nations agreed to begin work on a legally binding treaty to end plastic pollution in what was seen by many as a historic move. Leading up to UNEA-5.2, WWF and the Ellen McArthur Foundation had led a campaign calling for this outcome as a necessary step towards tackling the complex problem of plastic waste.

The case put forward was for a global agreement that would consider the whole lifecycle of plastics, harmonize standards and outcomes, and provide support for countries to achieve their targets towards this pressing shared goal. WWF’s hope was that nations would decide to begin working towards an agreement but, according to Erin Simon, head of plastic waste and business at the organization, the scope of the outcome exceeded expectations.

The resolution that was passed will require an intergovernmental negotiating committee (INC) to develop a legally binding agreement focused on the full lifecycle of plastics, with the urgency of the issue reflected by the 2024 deadline. According to Simon, it is also significant that the agreement must provide financial mechanisms and be informed by science. Additionally, the resolution passed includes the potential to further raise the bar once progress has been made.

“I watched it live on Wednesday morning, and I got chills,” she said. “It felt exciting and doable: we have two years to really make sure those member states deliver on the commitments that they laid out in that resolution.”

Simon explained that this agreement will give nations a framework, which will harmonize the way that they measure and understand the volume of their plastic pollution. “That common framework and language can then allow us to problem-solve at speed and scale, and to really address these issues collectively,” she said.

Crucially, the agreement will also address the reduction of plastic use, going beyond tackling waste. It will also look at the material from the beginning of its lifecycle, rather than just focusing on how it is managed at the end.

Guidance will then need to be given for how different countries will implement the framework through policies and how they will finance new infrastructure and systems. Creating an inclusive agreement is crucial, according to Simon, as this will determine whether nations are willing and able to ratify it in 2024.

She went on to add that collaborating with nations should start now, to begin implementing what will be agreed in two years. According to Simon, this pre-emptive step is crucial for building the confidence that will be necessary down the line.

Some flexibility will be necessary when it comes to how countries implement the new framework, she explained. “At the end of the day, we have to talk about what we’re trying to drive for and allow some diversity of how that’s implemented.”

Simon also suggested that is vital for science to be at the core of this agreement. “We need to continue to ask questions about the implications on human health, on what technologies are going to be truly environmentally beneficial in the future, [and] how we’re going to make sure this next set of solutions that we put in place to address this problem are not going to cause us additional impacts or problems in the future,” she argued.

Leading up to the outcome, businesses had called for UN member states to develop a legally binding agreement on plastics, the business case for which was laid out in a joint report by WWF, the Ellen McArthur Foundation and the Boston Consulting Group. “Businesses are going to be key for holding those countries accountable,” Simon stated, highlighting the impact that businesses had leading up to and during UNEA-5.2, and the stake they have in this agreement going forward. “If we can continue to rally and engage businesses really effectively, I think we’re going to have an even greater chance for success.”

In the next two years, WWF aims to focus on keeping businesses involved. “I’m going to call upon leaders in organizations and ask them to make this their legacy,” she explained. “A lot of our work is going to be about continuing that momentum through the finish line.” The organization will also provide support to member states by contributing guidance on aspects such as metrics and measurements- an area where the organization has previously advised stakeholders regarding their voluntary commitments.