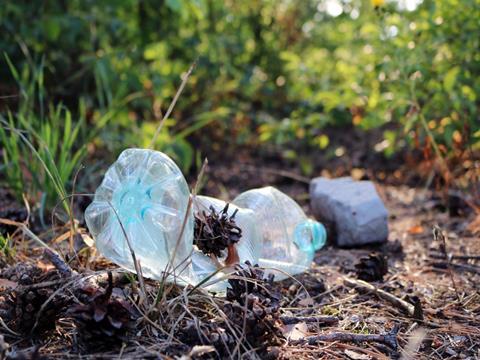 The Ellen MacArthur Foundation and WWF are set to “form the basis for future policy engagements with governments” regarding the global plastic waste crisis by convening a Business Coalition for a Global Plastics Treaty – consisting of 83 international businesses across the plastics value chain alongside financial institutions and NGOs.

The announcement comes after previous attempts to amplify the voices of businesses in relation to intergovernmental negotiations. This coalition is calling for a completely circular economy in which existing plastic packaging never reaches landfill or an incinerator, instead retaining its value through consistent recycling.

Furthermore, the participating organisations are said to be united in their belief that the impact of micro- and macro-plastic pollution on the environment should be remedied. The coalition is preparing to work towards upstream and downstream policy measures to ensure that sustainability efforts are consistent, effective, and flexible enough to be implemented anywhere in the world, leaving room for any adjustments necessitated by location.

Another aspiration the coalition aims to bring to life is a consistent set of rules and targets for all member states to adhere to. It is hoped that businesses and investors will no longer need to implement their own sustainability efforts, independent from and sometimes contradictory to each other; instead, they can follow a single framework and collectively make changes towards circularity.

As the First Intergovernmental Negotiation Committee approaches in November 2022, WWF and the Ellen MacArthur Foundation aspire to lead the coalition in pushing for impactful new policies, engaging with treaty negotiators, and promoting the effectiveness of a global plastics treaty amongst the business community.

“That is why today we are announcing, in partnership with WWF, plans to form a Business Coalition for a Global Plastics Treaty. This coalition will bring together businesses from across the plastics value chain to support the development of an ambitious and effective treaty – one that accelerates the transition to a circular economy and ensures the value of products and materials is not lost but retained.

“Plastic can no longer be allowed to become waste or pollution.”

Erin Simon, vice president and head of Plastic Waste and Business at WWF, added: “The plastic waste crisis extends beyond all borders, impacting the health of our oceans and wildlife, and the livelihoods of people from major cities to small coastal communities. The scope and scale of this issue must be met with equally ambitious solutions.

“We have no time to waste. The need for global coordination to tackle the plastic pollution crisis has never been more urgent.

“A Business Coalition for a Global Plastics Treaty will push strongly for a framework that leaves the business-as-usual approach at the door and ushers us into a new era where ending plastic pollution is finally within reach.”

The announcement of a United Nations resolution earlier this year made a legally binding agreement focused on a sustainable life cycle for plastics feel “exciting and doable”, said Simon back in April.