How circular is PET in Europe? 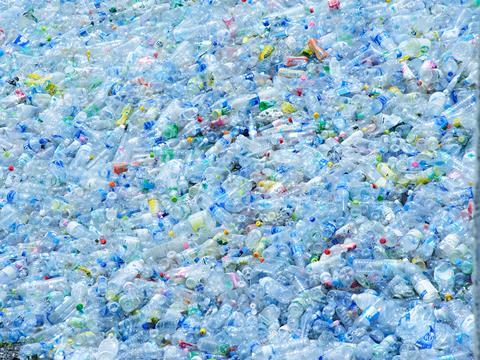 The environmental consultancy Eunomia has produced a report for Zero Waste Europe on the current state of PET circularity in Europe. The report outlines the extent to which PET is currently circular, and how this can be improved to meet targets set by legislation and industry.

According to the report, the number of times that packaging can be recycled is not an accurate measure of circularity. Instead, the way that it assesses the circularity of PET is by looking at the material flows of various product applications and where each product ends up after its lifecycle.

To measure circularity, the report looks “at the proportion of virgin PET (vPET) required to manufacture PET products, and the corollary which is the amount of PET that can be kept within the circular PET manufacturing model.” It proposes that there would be zero need for virgin PET on a “fully circular PET model, and with no growth in production”.

The report primarily looks at the PET in beverage bottles, which account for 47% of overall PET demand in the EU. But PET uses such as textiles, fibre and other types of packaging applications are also considered in this assessment.

It advises against isolating and assessing a single PET product model to determine circularity, as doing this would overlook the complexity of the issue at hand. It identifies various limitations that affect PET circularity, including collections, availability of recyclers, and contaminants. The prices of rPET and the product design and quality of materials are also factors that affect the current situation of PET circularity, the report outlines.

The current state of PET circularity

Bottle recycling is the most advanced out of all the technologies, with countries in Europe that have DRS in place achieving a 96% Collection Rate on average, and those without DRS reaching 48%. The 60% overall Collection Rate results in 40% of PET bottles placed on the market (POM) being landfilled, incinerated, or polluting the environment, which goes against the principles of circularity, the report argues. It also suggests that during recycling, there is even more leakage from packaging elements such as caps and lids as well as pure PET material.

But, the report suggests, it is difficult to estimate the Recycling Rate because of issues in how recycling information is reported. An estimated percentage of 50% is given for bottles (beverage and non-beverage combined), which has reportedly been determined by measuring the weight of PET post washing and flaking against the weight of PET bottles POM, including caps, lids, and labels. On the other hand, an approximate Recycling Rate of only 23% is estimated to be reached for all PET POM.

Collection Rate, it notes, is not the same as Recycling Rate, despite the two often being treated as being synonymous. This is being addressed by the implementation of a calculation method by the European Commission, which harmonizes calculation methods and factors in the leakage that occurs during the sorting, washing, and flaking stages.

On average, the report suggests that PET bottles are made up of 17% rPET, which is 31% of the total PET flakes derived from bottles annually. It goes on to argue that the “remainder of the rPET from bottles is used in other applications and is therefore considered a loss from the circular bottle stream”.

Most bottles (92%) are used for beverage applications, the report outlines, adding that “While DRS collections provide a pure beverage bottle stream, other forms of collections do not, thus potentially limiting the availability of food grade rPET feedstock”. It suggests that bottles made of clear or light blue PET lend themselves to more applications than those that are “variously coloured and opaque”. The rPET derived from the latter can be used only for darker applications, which is something that the report refers to as a “colour cascade”- a process that goes against circularity.

The report also identifies fibre as an application that drives 26% of the demand for PET in the EU. Here, too, clear and light blue tinted bottles are preferred by textile manufacturers.

Trays use an equivalent amount (31%) of the rPET flakes derived from bottle recycling to that used for bottles, and this means that 74% of rPET from bottles is used for PET packaging. The report says that this is positive because the rPET is being used for packaging products, but the lack of recycling for PET products other than bottles does not keep that material circular once it is used for those non-recycled applications. Overall, 69% of flake output from bottles is used to create products other than bottles in a “cascading” of rPET, and the leakage rate is even higher once the lack of recycling of other products in factored in.

The report concludes that the “PET system is currently not very circular and has a high level of leakage (approximately 75% of PET POM).” It goes on the explain that “Only bottles show some level of circularity, with an average of 17% PCR from bottles reused in bottle manufacturing in Europe.” But, again, since the recycled content that comes from bottles is also used in trays, fibre, and other packaging applications that are largely not recycled, the recyclate ends up being lost when the products are discarded.

The report identifies the targets set by legislation as a major driving factor of improved outcomes for PET circularity in the future. Specifically, it refers to the Single-Use Plastics (SUP) Directive, which sets a 77% collection target for beverage bottles by 2025, and a 90% target by 2029, as well requiring manufacturers of PET beverage bottles to have 25% recycled content in their products by 2025- a figure which rises to 30% by 2030.

Taxes on non-recycled and virgin plastic are also likely to impact PET circularity in the EU, it suggests. It goes on to outline that the commitments made by global brands line-up with the targets set by European legislation.

To meet targets set by the SUP, the report argues that we will see an increase in the number of DRS across European countries but also globally, as more countries face similar changes in legislation. It identifies DRS as the single method that has shown to be effective in achieving high collection rates.

But it goes on to argue that even “If the policy target for 30% rPET content in bottles are met, the longevity of the PCR content is still minimal, reducing below 1% by the 4th cycle”. According to the report, if an average of 75% recycled content is achieved, “the longevity of the material and circularity of the system is improved significantly”. Reaching this goal will require a minimum 90% Collection Rate, a shift in the colour of bottles and “Significantly increased capacities for food content rPET production”. Developing new technologies such as chemical depolymerising could also play a role in achieving this.

The quality of the bottles collected will be improved by widely adopted DRS systems in Europe, which will prevent leakage and enable 51% more rPET flakes to be generated, the report outlines. Leakage and cascading will also be prevented with a maximum of 75% of rPET flake being used to make bottles of the same colour.

However, the report goes on to say that “While circularity within the bottle stream can be improved in the future, subject to stringent process controls, many other PET categories are still displaying a predominantly linear system, or one with cascades towards a linear system at best.” Further improvement is needed through enhancing current recycling systems and considering the potential benefits of chemical recycling where it makes sense to do so.