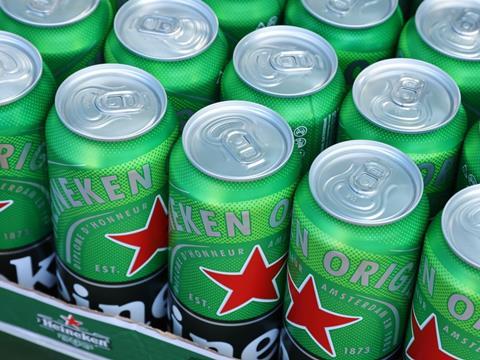 HEINEKEN has launched the “Packaging the Future” programme aimed at accelerating the carbon transition of its top 50 suppliers.

HEINEKEN says that it invited its suppliers to an online summit to network and set clear targets on climate action. The summit apparently included the top executives from the company’s largest global suppliers, while PepsiCo – recently identified by Gartner as having one of the Top 10 global supply chains, with ESG taken into account – and Carrefour were invited to participate by sharing insights into their path to net zero.

At the summit, HEINEKEN asked suppliers to submit a Science-Based Net Zero Target (SBTi) and to transition to 100% renewable electricity. HEINEKEN says it will sponsor suppliers through a Climate School to help them achieve these goals.

The company has also partnered with SLoCT – Supplier Leadership on Climate Transition with the goal of building supplier competency through training and customised guidance for the SBTi process.

As part of its 22 Brew a Better World ambitions announced last year, HEINEKEN has set the target to decarbonise its own production and become carbon neutral by maximising energy efficiency and renewable energy use by 2030. Through collaboration with suppliers, the company is aiming to cut emissions across its entire value chain by 30% (based on the 2018 baseline), also by 2030.

In addition, HEINEKEN is aiming for its full value chain to be carbon neutral by 2040 – with the ambition of being the first global brewer to do so.

Nicolas Clerget, global sustainable development manager – carbon lead at HEINEKEN, comments: “We are fully aware that the journey will be long, but we are progressing step by step.”

HEINEKEN says it is working closely with the SBTi to validate its own commitments. The company has also set out to become a member of the Business Ambition for 1.5oC, the Race to Zero, and RE100.