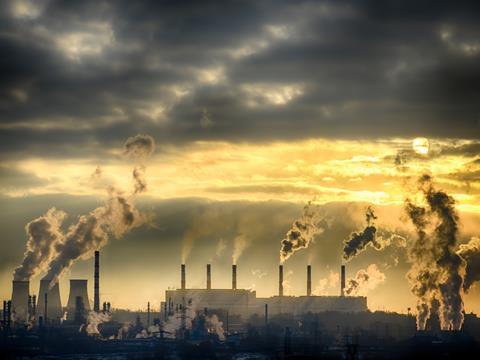 Approaching its findings from a climate perspective, the report acknowledges the assertion of British consulting firm Eunomia that, to meet the EU’s targets for 2030, mechanical or thermochemical (i.e. pyrolysis) recycling methods are the way to go. Such data was collected for upcoming revisions of the EU’s Packaging and Packaging Waste Directive.

Where plastic recycling is concerned, Eunomia’s investigation considered two scenarios in terms of reaching targets: ‘medium’ at 30%, and ‘ambitious’ at 40%. After estimating the recycling capabilities necessary to meet the EU’s targets and placing a figure on the required output of material, it concluded that chemical recycling is the only way to produce recyclate suitable for contact-sensitive packaging.

While it utilises this data, Oeko-Institut’s report is critical of Eunomia’s stance. Applying sorting residues from non-recyclable plastics to the process of pyrolysis, it compares Eunomia’s predicted outcomes to three other potential futures wherein the total volume of plastic packaging is reduced, there is an industrial shift towards mechanical recycling, and a combination of the two.

Calculating the overall carbon efficiency of the seven scenarios, the report asserts that Eunomia’s scenario would result in a total carbon efficiency of 65% – yet counters it with its own figure of 74% if mechanical recycling is factored into the equation. As such, it states that “the pyrolysis of plastic packaging should only serve as the last step in the prioritisation in order to avoid the total loss of carbon from the cycle due to incineration and landfill.”

The report does not conduct its own LCAs regarding carbon emissions but consults those carried out by other companies – although it suggests that the figures were released by organisations active in pyrolysis and are therefore idealistic – and comes to the conclusion that over 75% of total greenhouse gas (GHG) emissions in all seven scenarios come from chemical recycling, with mechanical recycling thought to reduce emissions by 9%. Over half of the carbon lost in these LCAs is a direct result of the chemical recycling process, the report claims.

In calculating EU-wide GHG emissions from mechanical recycling, Oeko-Institut scales up the data collected from the ‘relatively advanced’ mechanical recycling systems in Germany. It makes a conservative estimate of a 63.5% polyolefin yield, alongside a more ambitious estimate of 68.7%. Each emits a respective 0.337 and 0.311 kg CO2eq per kg recyclate output – far lower than the 2.91 kg CO2eq per kg recyclate output the report calculates for chemical recycling.

On the other hand, most of the emissions produced by pyrolysis apparently come from the burning of gases in the pyrolysis oven. Even if renewable energy sources are used to create the necessary amounts of heat, the gases remain, for which reason Oeko-Institut suggests that the process can never truly reach net-zero.

To facilitate the greater possibility of mechanical recycling, the report recommends that packaging designs embrace monomaterials, reject hazardous chemicals, and adopt simple formats. It critiques Eunomia’s findings for taking current rates of packaging waste as a given and advising the implementation of pyrolysis to deal with high disposal rates, given that mixed plastics are not compatible with mechanical recycling.

Instead, Oeko-Institut’s report emphasises the importance of designing for recycling and reducing the amount of packaging produced, maintaining that recycling alone cannot eradicate carbon emissions completely. Producing less packaging is also expected to lessen cross-industry competition over biomass, with carbon loss said to contribute to global hunger and the destruction of biodiversity.

Furthermore, the report states that regulations must be put in place to ensure that regulations and laws must consider environmental data collected in studies such as its own – warning that companies will take the easiest and cheapest route of packaging disposal, rather than the most sustainable, if left unrestricted.

Sensitivity analyses conducted by Oeko-Institut conclude that, even if the yield of mechanical recycling was reduced from 68.7% to 63.5%, the ‘medium’ and ‘ambitious’ scenarios would see changes of between one and three percent.

However, the report concedes that mechanical recycling cannot always meet the current safety requirements for contact-sensitive packaging, meaning that further development is needed within the field to make this possible. It also emphasises the importance of appropriate collection infrastructure to prevent mixed streams, citing Circleback and Digi-Cycle as good examples. For the time being, it suggests the reduction of pyrolysis by only using chemically recycled plastics on any packaging that comes in direct contact with a product and layering mechanically recycled packaging around it.

On the whole, Oeko-Institut asserts that chemical and mechanical recycling must work in tandem to reach the Paris Agreement’s target of reducing global warming to 1.5 degrees Celsius. Pyrolysis is preferable to sending plastics to landfill, according to the report, but its lower carbon efficiency should place mechanical recycling at the forefront of the route to carbon neutrality.

WWF also argues that there is ‘limited evidence’ for the sustainability of chemical recycling technologies, having released a position paper on the matter earlier this year.

In September 2021, BASF announced the IrgaCycle additive solutions it was implementing into its portfolio with the intention of improving the properties of mechanically recycled plastics for different target industries.