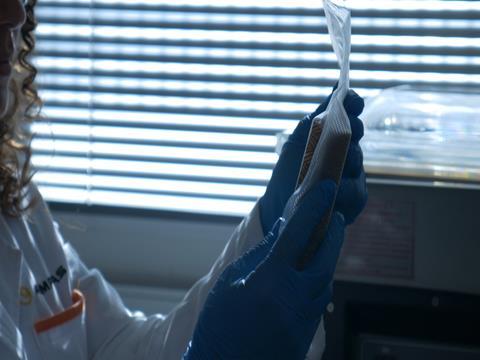 The GO Orleans Project is seeking to reuse leftover whey from the cheese industry in new ingredients for the packaging industry.

Figures reported by the Food and Agriculture Organisation of the United Nations (FAO) warn that 180 million litres of whey is generated from over 18 million tonnes of cheese produced worldwide every year. Concerns have arisen over small artisanal cheese factories, which contribute significantly to the industry but cannot afford the necessary equipment to recover their by-products; their whey becomes waste, and its disposal has a significant impact on the environment.

Therefore, AIMPLAS, ADM Biópolis, La Cabezuela, Dehesa Dos Hermanas, FEDACOVA (Agri-Food Business Federation of the Valencian Community) and the Universitat de València have teamed up to tackle the issue. If the project is successful, natural ingredients derived from whey will be transformed into antimicrobial coatings that aim to extend the shelf life of cheese by 25%-50%, with probiotic ingredients going towards improving the health of livestock.

“We’ll first separate bacteria with biopreservation potential,” explains Professor Giuseppe Mecca of the Universitat de València’s Department of Preventive Medicine. “Then we’ll characterize the compounds in the matrix, which is whey.”

Alicia Naderpour, a packaging researcher at AIMPLAS, adds that “AIMPLAS is working on the formulation of a functional coating containing whey as an active component with antimicrobial properties. Application has therefore been planned on plastic film to obtain active packaging prototypes for cheese.”

While ADM Biópolis contributes its expertise in probiotic design and validation, FEDACOVA will transfer any findings from the project into the agri-food industry. General secretary Sergio Barona claims that this will “help improve industry competitiveness, which will ultimately benefit society as a whole.”

AIMPLAS is notable for the recent creation of their own trademark to certify that its food packaging is reusable after cycle washes. It is hoped that this innovation in flexible packaging will have a positive impact on FAO’s previous estimation that 1.3 billion tonnes of food waste end up in landfill.