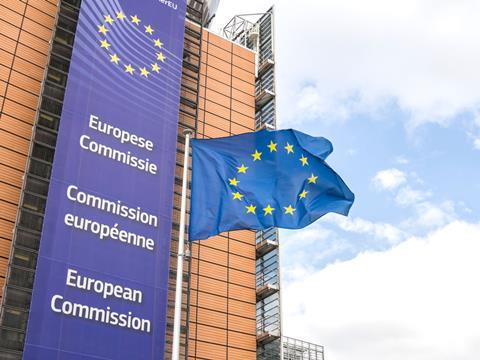 Organisations representing the European packaging value chain have responded to yesterday’s announcement of wide-ranging revisions to the EU’s Packaging and Packaging Waste Directive.

The proposed revisions to the PPWD focus on new targets that are aimed at reducing packaging waste, implementing reuse systems, and boosting the use of recycled material across all packaging formats.

360° Foodservice, an association representing the foodservice packaging sector, accused the Commission of going too far too fast, without setting appropriate processes and enabling conditions.

It argues that the EU is failing both industry and consumers by not providing thoughtful and futureproof legislation that takes into account the complexity of the sector and truly supporting its transition to more sustainable practices.

If the revisions are implemented as planned, 360° Foodservice says that this will result in poor and heterogeneous implementation of reuse models in practice, as well as disruption caused by the removal of single-use options.

Beyond criticising the proposals included in the revision, UNESDA Soft Drinks, a trade association representing the non-alcoholic beverages sector, has highlighted a number of issues that have not been included.

In particular, it argues that the proposals need to urgently address the issue of downcycling of food-grade materials into non-food-grade applications.

In its current form, UNESDA believes that the revisions currently fail to include a priority access mechanism or right of first refusal that grants fairer access to the necessary amount of recycled content to those sectors that are required to use food-grade materials to comply with EU food safety requirements.

It also says that the PPWR needs to take into account the diversity of economic operators in the beverage sector, the different sizes of the companies and the different types of consumption experiences of Europeans.

UNESDA believes that many businesses may become unsustainable due to ineffective usage of recycling technology investments, which it says will be made redundant with the necessary additional reuse investments in each country.

There is also, it says, a lack of evidence that the proposed approach for reuse targets will lead to the intended environmental outcomes.

Nicholas Hodac, director general of the association, comments: ‘’The published proposal is ambitious and contains several important enablers for Europe’s journey towards increased collection and recycling, and the integration of more reuse. However, further improvements are necessary to support our sector in achieving full circularity and integrating more reuse.’’

Industry figures have also voiced their dismay at perceived misconceptions about packaging reportedly being voiced by high-level EU officials.

According to Francesca Siciliano Stevens, secretary general at EUROPEN: “During today’s press conference, the European Commission’s Executive Vice President Timmermans described packaging as a nuisance for European citizens. This is alarming and seems to confirm that the critical functionalities of packaging in protecting food, medicine, and products are largely disregarded in the Commission’s proposal.”

In a separate communication, Siciliano Stevens added: “The packaging industry fully supports the Green Deal, and has invested massively in material and design innovation, increased recyclability, collection, and the use of more recycled content. However, achieving the 2030 recyclability goal requires concrete and collective efforts, including mandatory collection and significant investments in sorting and recycling infrastructure.”

“The circular economy is not an end in itself but a tool to achieve climate neutrality and zero littering. Ignoring packaging functionalities to protect food and products and prevent waste, or imposing arbitrary restrictions and bans, cannot be the way forward.”