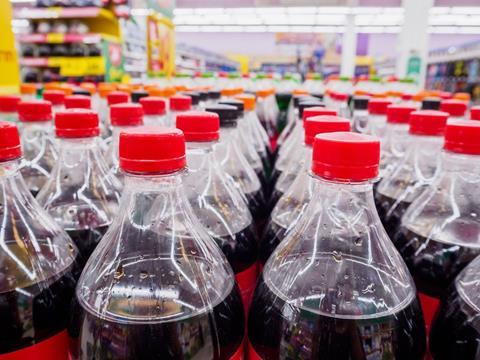 Is Coca-Cola’s 100% plant-based bottle really better for the environment than PET alternatives? The answer to that question isn’t as simple as you might think, says Mario Grimau, a polymer engineer and materials science specialist at SPRING.

It has been a very long journey for Coca-Cola to reach its first 100% bio-based PlantBottle, since the Plant PET Technology Collaborative (PTC) project was announced in April 2012, originally signed by Coca-Cola and other big four brands. A working group focused on accelerating the development and use of 100% vegetable PET bottles and PET fibers, both based on BioPolyethylene Terephthalate or BioPET.

In fact, Coca-Cola’s journey to sustainability had already begun in 2009, when the original PlantBottle was introduced. This concept was so successful that after a year 2.5 billion bio-based PlantBottle bottles had already been manufactured. However, BioPET bottles at that time were only partially bioplastics, since only one of the monomers to obtain PET, the MEG, was obtained from biomass; which in this case was sugar cane.

PET consists of two molecules: approximately 30% monoethylene glycol (MEG) and 70% terephthalic acid (PTA); of which PET is obtained through a polymerization reaction; therefore, for almost ten years, PlantBottle consisted only 30% by weight of a bio-based precursor, while the remaining 70% corresponding to the PTA was still obtained from conventional petrochemical sources.

The new Coca-Cola prototype announced this October is finally a fully plant-based bottle, made from BioMEG in combination with plant-based PTA. Obtaining this last bio-monomer has been achieved through the new BioFormPX process from Virent (Madison, Wisconsin); in which bio-sourced p-xylene (BioPX) has been converted into terephthalic acid of vegetable origin (BioPTA) by a biochemical process.

The BioPX for this bottle was produced using corn sugar, although the process supposedly lends itself to flexibility in the feedstock. Virent and Coca-Cola have been working together since 2011, when both companies first announced an agreement focused on the development of Virent’s bio-based PX technology. The first bottle prototypes were displayed as part of The Coca-Cola Company’s pavilion at Expo Milan 2015.

Virent was one of three companies working with Coca-Cola on PlantBottle technology. The others were Gevo in Colorado, and Avantium in the Netherlands. However, the latter worked on a quite different concept and towards a different plastic. For their part, both Virent and Gevo were looking for an efficient chemical route that would allow the remaining 70% of the bottle to also originate from plants through BioPX’s biochemical synthesis route. Finally, both chemical paths were quite different, and it was ultimately Virent technology that allowed Coca-Cola to achieve its goal.

The latest climax in Coca-Cola’s long journey to replace a portion of petrochemical-based PET with BioPET to make its iconic soft drink bottles has been an immense technological and scientific as well as economic and financial adventure. But to what extent is this adventure really effective for the development of a new bioeconomy and how effectively can it help Coca-Cola achieve its goals of being more sustainable by allowing progress towards the substitution of hydrocarbons of petrochemical origin. And finally, what kind of plastic is BioPET really?

BioPET is not a biosynthesized plastic like common natural polymers such as cellulose, starches or natural rubber; rather BioPET is simply a normal, non-biodegradable, synthetic plastic; identical to its counterpart obtained from petrochemical resources; but instead obtained directly from renewable biomass through a chemo-bioprocess, which it is not a minor thing. Therefore, Bio-PET and conventional PET differ only in the way in which their monomers are obtained; being finally identical polymers, with the same properties, and that as plastics are used interchangeably for the same applications.

Beyond all these similarities, it must be added that bio-based non-biodegradable plastics, at least in the short term, have always had a slightly higher cost than petrochemical-based plastics: the price of Bio-PET was 1.4 times the price of conventional PET in 2020. Likewise, the share of bioplastics in the global production of industrial plastics today barely exceeds 1% of the total production on a global scale; something that is far below current needs; even from soda bottle manufacturers.

On the other hand, among the main advantages of renewables drop in conventional materials is its carbon neutrality with respect to its petrochemical counterpart; that is, in geological terms, carbon offset does not increase even after eventual incineration. Obviously, in addition to the benefit of not contributing to the depletion of non-renewable resources, since it is a plastic obtained from precursors obtained directly from renewable biomass.

Nevertheless, independently of how indisputable or not the above advantages may seem; there is no global agreement on how much it is or how to measure the impact of the environmental benefits of replacing conventional plastics with bioplastics.

It is not an easy task to understand in the most precise and straightforward way possible what the environmental burdens of PET bottles are; and what the benefits on their ecological footprint are, in terms of abandoning petrochemical inputs to replace them with the corresponding biomass ones. We can most likely never really be sure of this, and that is not a trivial fact.

At first glance, the answer should seem obvious; but this is not the case, and the results can be quite astonishing. As with all emerging fields, knowledge and economic stability also depend on the maturity of the subjects evaluated. The two previous issues have been very clearly in evidence with the recent statements of the European Bioplastics Association, EuBp; who represents the interests of some 70 companies from the entire bioplastics value chain in the EU.

The two statements above refer to how complex it could be: Firstly, how can we know the environmental effects and the eventual benefits of the appearance of the plant bottles? And secondly, how we can compare two industrial entrepreneurships: the biobased plastic bottles entrepreneurship and that of the petrochemical industry. The first subject is the objective of the LCA studies, analysis and interpretation as a tool for sound policy design.

Unfortunately, both problems and their manifestations are widely intertwined; and it is quite evident that it is not a simple or easy task comparing a mature industry that has had all the time to make its procedures more efficient and correct its errors, as well as manage volumes and business chains that it obviously makes everything work better; with another emerging industry: that of biobased plastics bottles; which is still at its beginnings. Part of the criticism of the EuBp is based on the immense asymmetry of these two important industrial undertakings, when BioPET bottle’s LCAs are compared with those of petrochemical bottles.

The second topic of this evaluation of the environmental footprint of PET bottles, which is deeply affected by the efficiency of industrial processes and their business chains, is precisely how we evaluate that environmental footprint. Indeed, the second focus of EuBp’s criticism is how we use the instruments that we designed precisely for this, the LCAs, in the face of two objects and their industrial processes affected by such a profound asymmetry. This last observation is so relevant that it has led an executive of the EuBp to say that when applying the LCA to this subject, if we don’t pay enough attention and care “we can end up comparing oranges with apples”. In this particular, it is highly necessary to include why in the end-of-life scenarios the uptake and release of biogenic carbon from the biologically-derived bottles is so insignificant in the assessment of the final environmental performance.

The above warnings from EuBp are neither innocent nor a really unnecessary plea for fair play by all stakeholders. Indeed, the vast majority of LCAs on the environmental performance of biobased vs. conventional PET bottles have reflected either very few benefits or a slight superiority of petrochemical-based PET with a much less damaging environmental footprint.

JRC’s extensive and detailed 2018 and 2019 LCA comparative reports for the European Commission’s science and knowledge service on bio- and petrochemical-based soft drink bottles show this quite convincingly; and there is very little doubt about the slight environmental superiority of conventional bottles. This is now a much more relevant topic; as these studies precede for a very short time the commercial-scale completion of Coca-Cola’s long PlantBottle project.

It should be noted, however, that this and all the analysis that exists on PET bottles are only considered the first generation of bio-based PET bottles, that is, the one that only contains 30% by weight of precursors obtained from biomass; BioMEG obtained from sugar cane. The general results of these evaluations are represented in the above figure.

It is perhaps very difficult or too soon to be able to say now how the replacement of 70% of the petrochemical base of BioPET in bottles with the BioPTA will change the environmental burdens of biobased PET. LCA studies of all these precursors also exist; even very up-to-date. Moreover, given the great importance it has on the environmental load of PET bottles, the way in which PX is obtained and its post-transformation into PTA; either by biochemical means, or by petrochemical means. It is very difficult for now to foresee what the consequences of this change will be in the analysis of the life cycle of the bottles.

Consequently, the range of possibilities and possible scenarios is now growing strongly and this is something not so easy to analyze or understand, yet. Both Virent, the proponent of the BioPTA technology and Coca-Cola guarantee that this change will be very favorable and will definitely shift the balance in favor of BioPET, in particular according to their own LCAs analysis. Unfortunately, it is highly unlikely that the LCA studies, for now, will allow us such promising expectations on this matter. The latter much more because of the weakness and uncertainties of the LCA analysis itself than because of the excessive real environmental loads of PET bottles; both biobased and petrochemical.

However, if there is something that is quite clear right now, and far beyond the still too young LCA analyses, it is the fact that whichever be the chosen alternative by legislators as well as users and industries; the chosen alternative will depend much more on the feeling of what we are really capable of and what we can potentially do with the end of the useful life of our bottles, than of its still too uncertain environmental footprint.

And that sense of control of the problem of plastic waste depends to a large extent on the success of mechanical and chemical recycling of post-consumer PET; that despite all the immense achievements in such a short time, it is still far from being what we all want for the health of the planet and our own health, both mental as physical.

Using LCA to compare bio-based and fossil-based plastics is not that simple, Constance Ißbrücker https://www.european-bioplastics.org/using-lca-to-compare-bio-based-and-fossil-based-plastics-is-not-that-simple/, March 2021