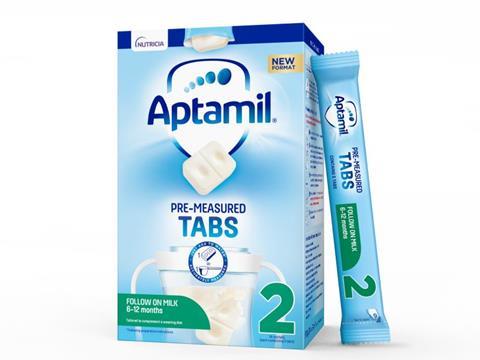 Danone is producing formula milk in a pre-measured tab format at Danone’s formula milk production facility in Wexford, Ireland, through a manufacturing partnership with Japanese food manufacture, Meiji. The exclusive memorandum of understanding (MOU) between Danone and Meiji covers the production of this format innovation through which Danone is combining its formula milk recipes with Meiji’s patented tab production technology.

Following a successful launch of this format innovation in the UK, Danone plans to begin offering this new format in other countries in Europe as of 2022.