Are paper bottles greenwashing? The answer isn’t so simple… 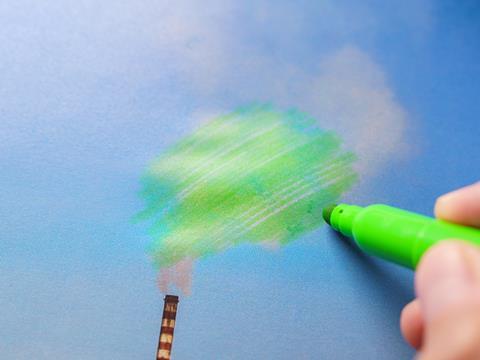 Since it was first announced, the paper-based bottle has become one of the most divisive innovations within the packaging value chain. Depending on who you’re talking to, they’re either a glaring example of greenwashing, a genuine alternative to conventional formats, or something in between.

So, which of these positions is the correct one? The answer to this question might not be as simple as it first appears to be, argues Jonathan Wragg, owner of CAP Environmental.

Ever since Blue Planet 2 came to our TVs in September 2017, consumer environmental concern has skyrocketed. And rightly so! The show was not the only reason in the past five years for a rise in packaging-related environmental concern, but it reached and griped an audience like nothing previously seen. Very quickly the masses were looking at what they were buying through new eyes, whilst also picturing those very graphic images of sea life drowning in waste.

It wasn’t long until the packaging world scrambled to invent, reinvent or dust off old sustainable packaging alternatives to plastic. Let’s not forget that a lot of what is coming to market isn’t new, it just didn’t have a profit-making marketplace until now. Steve Jobs once said, “Our task is to read things that are not yet on the page.”

And, as Henry Ford said: ’If I’d ask customers what they wanted, they would’ve told me a faster horse.”

Both are the same message, and both apply to new (or what seems to be new) packaging. The issue with creating something new in packaging is that most of the products manufactured are for single-use, so unlike the products of Mr. Jobs and Mr. Ford, we must account for the afterlife of the product as well as where it is being sold.

The question I have been asked for this article, “are paper bottles greenwashing?”, doesn’t lead to a cut and dry “yes” or “no” answer. I really wish it did (although that would be a very short article)!

For me, any industry will promote itself and knock the others, that’s just business. But greenwashing isn’t business, it is simply a con. By greenwashing, you are conning customers, the public, or even yourself that one product is better than the other by using certain stats and figures that are in your favour.

Also, when we have this discussion, is it just paper and cardboard, or do we now also consider the many bio alternatives that exist too? I’m getting confused by all the materials that look like paper, so I understand why the public is too.

So, what is the actual question?

Q1. Does the alternative product work equally or better than the plastic version?

Q2. Is the alternative product equally or better to recycle than the plastic version via household recycling?

Q3. Is the alternative product better than the plastic version if it does not get recycled?

Why just those three questions?

Because anything else shifts the goalposts in favour of who is asking the question. This is also my main issue with the vast array of new products that are confusing an already-confused marketplace. They just seem to focus on one side of the waste equation. Everybody I speak with who is not involved in either waste or packaging is confused by what they are being told. It is also my view that people are only asking question three above and not asking the equally important question two.

So, do we just stay as we are?

No, that’s insane. The world needs actionable change, and it needs to significantly reduce its waste output whilst increasing its recycling. But more money needs to be invested into the waste infrastructure before we look at adding different materials that look like plastic into the mix.

I do not only blame packaging companies for the waste we have now, and I also do not blame them for rushing for new products. I propose that they ask themselves those three key questions above. If not, how can people like my mother (who just wants to recycle right and not “wishcycle”) do the right thing?

Am I just shifting the blame?

Not at all. Plastic is a very large contributor to ocean and environmental waste, and no matter where you live you will come across plastic waste after only a few steps from you front door. But it’s not just plastic. Waste is the problem, but, if we all get it right, then waste is also the solution. Reduce, reuse, recycle. This increases circularity whilst also focusing on reducing the amount of waste sent to other areas than recycling. If a new product does not fit all three then what is it helping?

Changing from a plastic bottle to a paper bottle may reduce the plastic waste but it won’t reduce the waste. You’re just swapping out one material for another. The people who litter will still litter, but those people are becoming less likely to do so thanks to education and better ease of waste disposal. The ones who do recycle should not be punished and made to be confused because of the ones that don’t.

I still see the same amount of McDonald’s straws on the floor, they are now just mushy cardboard ones instead of the plastic ones and they are still always attached to the plastic drinks lid. But now if I collect and dispose of that litter, I’ve got to separate the mushy part from the plastic part, or else it will just contaminate the waste stream.

No, they are only greenwashing if they are marketed wrongly. The product was probably created with the best intentions, paper and cardboard do degrade quicker than plastic, should the item be littered and not binned correctly. The greenwashing of any product starts when the claims get embellished, and the data gets manipulated. Paper bottles will have a marketplace, but they must be transparent in what materials they contain. They also need to be very clear if their product can be recycled.

The same very much applies to plastic bottles too when referring to “recycled content” and “ocean-bound plastic”. Clarity is the only way to stop greenwashing.